Prices at today’s Global Dairy Trade auction fell 6.3%. It follows a drop in prices at the last auction of 3.2%.

The only products that saw price increases were butter (1.2%) and butter milk powder (8.4%).

Analysts at ASB Bank in New Zealand had hinted that WMP prices could fall by 10%, with rain and higher New Zealand milk production putting a dampener on prices.

Meanwhile, the latest Central Statistics Office (CSO) figures show that Irish milk production fell by 4.6% in the first month of 2017.

Last January, the total milk sold for human consumption increased by 4.1% to 44.3m litres, the latest figures from the CSO show.

However, butter production dropped by 1% to 5,000t in January 2017 compared to the same month in the previous year, according to the CSO. 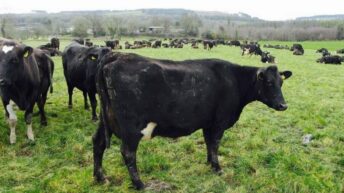 ‘Dairy farmers should check out their cows’ anatomy’