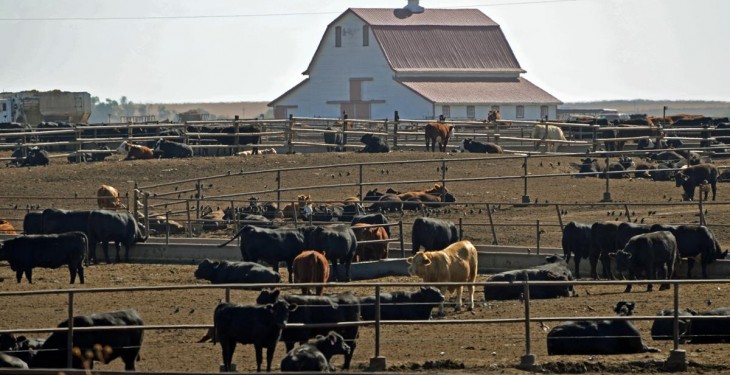 There is no doubt that US beef products are safe and the 20-year EU ban [on US beef] has been in effect far too long, US Agriculture Committee Ranking Member Collin Peterson has said.

The ban is not based on fact and should be lifted, he said recently following the announcement from the Obama administration that the Office of the US Trade Representative (USTR) is taking action against what it says are the EU’s ‘unfair trade practices that discriminate against US beef imports’.

The beef industry is an important contributor to our nation’s economy, especially rural economy. This announcement is welcome news for America’s beef producers.

Acting on the request of the US beef industry, USTR has scheduled a public hearing and is seeking public comments in connection with the EU’s ban on most US beef products.

The EU’s ban on US beef is not based on sound science and discriminates against American beef farmers, ranchers, and producers, according to the USTR.

If the trade action resumes, the US would reinstate industry-supported tariffs on a list of EU products imported into the US.

USTR is particularly interested in comments addressed to the possible effects of reinstatement on US consumers and small- or medium-sized businesses.

US Trade Representative, Michael Froman said that the WTO determined that the EU’s ban on US beef imports violates its international trade obligations.

The EU has failed to live up to assurances to address this issue, and it’s now time to take action.

“[This] action holds the EU accountable and is an important step in encouraging the Commission to come back to the table to ensure that American ranchers have access to Europe’s market and that European consumers have better access to high-quality US beef.”

In 1998, the EU lost a case at the WTO for banning American beef and in 2009, the U.S. negotiated an agreement to allow a modest degree of market access for specially-produced beef that meets the EU’s standards, but that agreement has not worked as intended, the USTR said.

The European Commission had argued that this issue should be resolved through TTIP. However, given that European officials decided after their trade minister’s meeting in September not to complete TTIP this year, the USTR believes now is the time to take action.

Advertisement
US Agriculture Secretary, Tom Vilsack, said that American ranchers raise some of the best beef on the planet, but restrictive European Union policies continue to deny EU consumers access to US beef at affordable prices.

For several years we have been asking the EU to fix an agreement that is clearly broken, despite its original promise to provide a favourable market for US beef.

“The US beef sector is vital to our economy. US beef and beef product exports average $6 billion per year, producing an estimated $7.6 billion in annual economic activity and supporting nearly 50,000 jobs nationwide.

“The industry is essential to the overall strength of the nation’s economy, and to rural communities seeking ways to access new customers in foreign markets.”

Background to the dispute

The US beef industry’s request is based on a 1998 WTO ruling in the EU beef dispute that the European ban on the import of meat and meat products from animals treated with certain hormones was not supported by scientific evidence and thus violated WTO obligations.

In 1999, the WTO authorised the US to impose additional tariffs on EU products with a total annual trade value of $116.8m.

Consistent with this authorisation, the US imposed additional duties on products from certain EU Member States.

In 2008, the WTO confirmed that the US has a continuing right to impose trade measures until the EU beef dispute is resolved.

Then in January 2009, USTR announced a decision to change the products subject to additional duties, consistent with the list of products approved by the WTO in 1999.

The USTR delayed the decision, however, to permit further negotiations with the EU to resolve the dispute.

In May 2009, the US and the EU signed a memorandum of understanding (MOU) under which the EU agreed to create a new duty-free quota for imports of specially-produced beef.

Since 2009, in exchange for the elimination of increased US tariffs on EU imports, the MOU has provided an opportunity for US producers to export additional beef to the EU market, as intended by the parties, according tot the USTR.

However, it said that in recent years the US beef industry has been prevented from gaining the intended benefits from the MOU because of increased imports under the duty-free quota from non-US suppliers.