Home » N.Ireland » 2017 floods: Hints help could be on the way as Poots visits farms

2017 floods: Hints help could be on the way as Poots visits farms 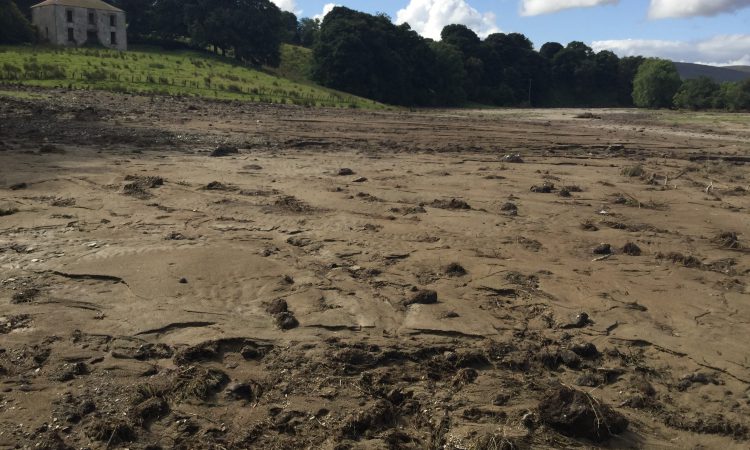 Hints have been dropped that financial support could soon be on the way for farmers in the north-west whose farms were devastated by floods in August, 2017.

Agriculture, Environment and Rural Affairs Minister Edwin Poots visited one of the affected farms in the Owenkillew Valley today (March 24) at the invitation of the Ulster Farmers’ Union.

Around 230 farmers filled out ‘Force Majeure’ forms at clinics run in Plumbridge and Drumahoe by the department and UFU.

A scheme was up and running within five weeks in the Republic of Ireland. However, more than three years on, farmers on the Northern Ireland side of the border are still out tens of thousands for the cost of damage to their farms. 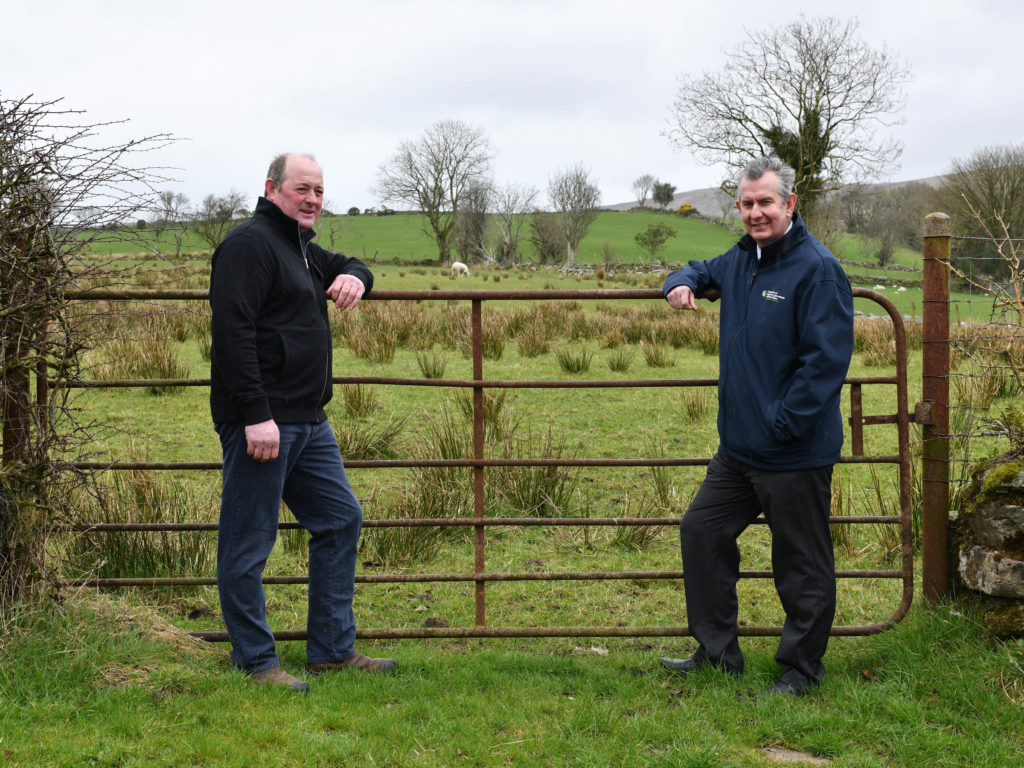 This afternoon, Minister Poots is understood to have dropped hints to farmers that he will begin the process of setting up a support scheme for those affected.

If a business case for support is put forward it would still need to be approved by the Department of Finance.

Minister Poots said: “I welcome the opportunity to visit the area to meet with a local farmer impacted by the flooding in 2017, and to learn about the challenges faced by those directly affected.

“I have seen the impact of landslides and erosion caused by the heavy rain, and heard about the work required to restore land back to productivity.

I am considering requests for financial assistance and plan to make an announcement in the near future.

Following the flooding, a number of measures have been taken by DAERA to assist those affected, including £500,000 funding for the Loughs Agency to carry out remedial fencing works in the worst affected areas and a range of farm advisory and practical support measures.

McAleer said: “I spent this afternoon with the Agriculture Minister and UFU on a farm in Owenkillew impacted by the severe flood in 2017.

“These farmers in the Sperrins have waited long enough and are hoping they will finally get deserved compensation for their devastating losses.”