2021 YFCU Club of the Year announced 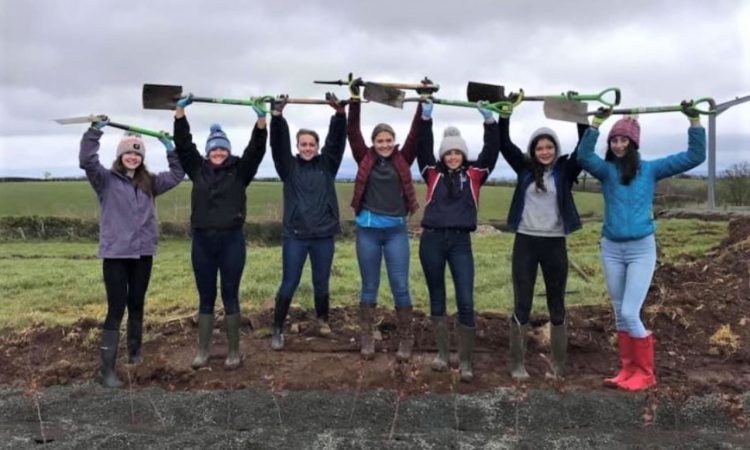 Young Farmers’ Clubs of Ulster (YFCU) has announced the winner of its 2021 Club Of The Year competition.

Winning club, Randalstown YFC, has become the first to win the new Ann Cameron Cup. The award has been named in honour of the organisation’s long-serving former staff member Ann Cameron, who retired in 2019 after 47 years with the organisation.

A YFCU spokesman said: “Winning club of the year is a massive achievement and this reward is celebrated by all members of Randalstown YFC for the exceptional work they have done to achieve this prestigious award over the last 12 months.

“YFCU would like to show appreciation to all Young Farmer’s Clubs across Northern Ireland for the excellent work they have done during the Covid-19 pandemic to keep clubs running smoothly and taking up the challenge to stay connected through virtual communication.”

Clubs that made it to the finals included:

The seven finalists were challenged with creating a presentation on how they would like to shape their club for the future.

“A kind thank you to Power NI for their continued sponsorship of the club of the year award. The Ann Cameron Cup is an excellent addition to YFCU and its fitting title for club of the year.

“I would also like to pay tribute to Ann Cameron on her dedicated lifelong service to the YFCU and continued support to the organisation.”

YFCU Member of the Year

Clarence Calderwood, from competition sponsor United Feeds, said: “It is great to see the enthusiasm of the members who were finalists in both the junior and senior categories and to hear how they and their clubs have adapted to the limitations imposed through the pandemic.

“The competition finalists are reflective of the resilient nature and optimism that has always been to the forefront in YFCU members. We would like to especially congratulate the worthy winners of each category and also commend all the finalists for their commitment to the organisation and wider communities.”