A Lanarkshire farmer has been faced the disgusting discovery of 2t of waste from a meat processing site dumped on his land in one of the worst recent fly-tipping incidents in Scotland.

Aside from the environmental and health risks, to make matters worse, the farmer, Davy Shanks, then had to pay the £2,000 bill to clean it up.

The waste was dumped from a public road, over the side of a bridge, around two weeks ago.

Despite repeated calls to North Lanarkshire Council for assistance, Shanks was left with organising and paying for the clean-up costs.

North Lanarkshire Council roads department agreed to a 24-hour road closure which allowed Shanks to use members of his team to shovel the rotting butchery waste into plastic tubs to be lifted and disposed of by a local waste disposal firm.

The clear-up operation lasted four hours. Shanks used his own staff and local environmental cleaning company Greenerleaf to clear up, but because the process took place at the weekend, overtime pay was also incurred. No compensation is available.

SEPA are investigating the incident just of the A73 Stirling Road near Brackenhirst Farm and an appeal for information has been issued. 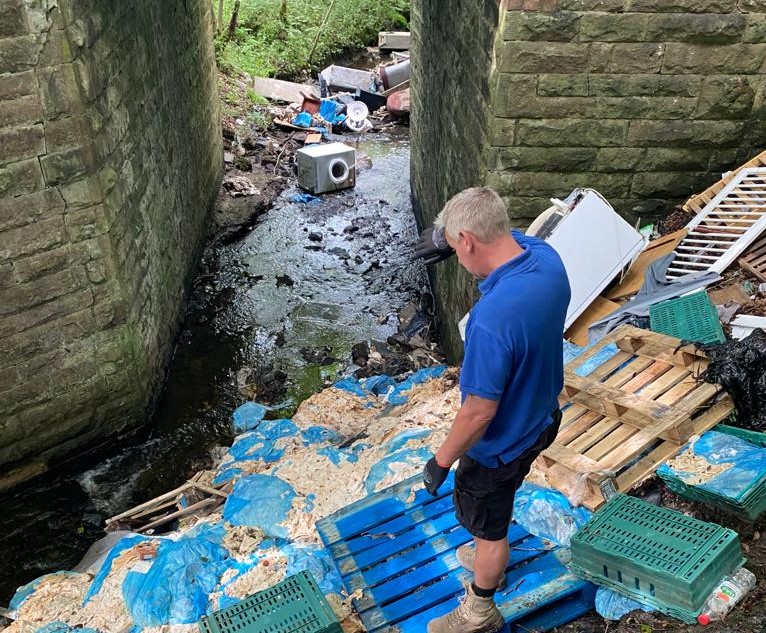 Talking about the case, Shanks said: “It is ridiculous that an incident of this kind, which I could do nothing to prevent, sees me being held responsible for someone else’s waste simply because it has been dumped on my land.

“Other than agreeing to the road closure, I received little support from my local authority and, disappointingly, despite the seriousness of the incident they failed to return my calls.

“This is a fly-tipping hotspot on a public road. We have had couches, beds and pallets tipped over the side of the bridge on numerous occasions, but this was the first time we have seen food waste dumped, creating an environmental hazard.

Until the local authority fences the bridge or introduces CCTV, these incidents will continue to happen.  At the same time, there is clearly a case for some of the costs of clearing up to be covered by local authorities rather than farmers and landowners always having to carry the can.

“Since lockdown, fly-tipping has increased tenfold. We now use a phone app which sends an alert to the relevant council of any new incident.

"We have seen numerous different episodes of fly-tipping, more so during lockdown, these have been logged and photographs sent to the app, of which only a few have ever been lifted.

"We have a burnt-out pick-up sitting in a gateway since March which we have reported but the council response is that they have no resources available to lift it.”