Three Birmingham men have been jailed after admitting carrying out a campaign of barbaric illegal sheep butchery across Northamptonshire.

Between June 22 and October 7 last year, Robert Iordan, Florin Nutu and Viorel Manu travelled across rural areas of the county, killing and butchering sheep in order to steal the meat and profit from it.

Warwickshire Police, Northamptonshire Police and Leicestershire Police worked together to catch the offenders and bring them to justice, acting on key information from farmers.

All three eventually pleaded guilty and were sentenced at Northampton crown court on Friday (March 27).

Iordan, 23, and Nutu, 36, were both handed jail terms of four years and four months and Manu, 39, was ordered to serve two years and 11 months inside. The trio were all from Birmingham.

National Farmers' Union (NFU) county adviser for Leicestershire, Northamptonshire and Rutland, Harriet Ranson, who was involved in the case from the beginning and liaised with police throughout, said she was delighted with the outcome.

“These crimes were horrific, barbaric and unprecedented and for months had the whole livestock farming community in Northamptonshire and neighbouring counties living in fear that they would be next," she said.

It is fantastic to see the courts treating these appalling crimes with the seriousness they deserve and handing down suitably lengthy prison terms to these dangerous men.

“This case really highlights how important local information from farmers, the NFU and the public is in helping to bring offenders before the courts.

“We’d like to thank Northamptonshire Police, their rural crime team and the police and crime commissioner for their relentless pursuit of these criminals and we hope this case sends out a clear message to anyone planning to do something similar – you will get caught and you will get punished.”

Operation Stock is the Northamptonshire Police investigation into incidents of illegal sheep butchery and theft.

The National Farmers’ Union estimates more than 700 sheep across Warwickshire, Leicestershire and Northamptonshire were killed by illegal butchery gangs.

In total, 12 reports of illegal butchery were made to Northamptonshire Police between June 22, 2019, and October 7, 2019, with the Operation Stock investigation launched in response. 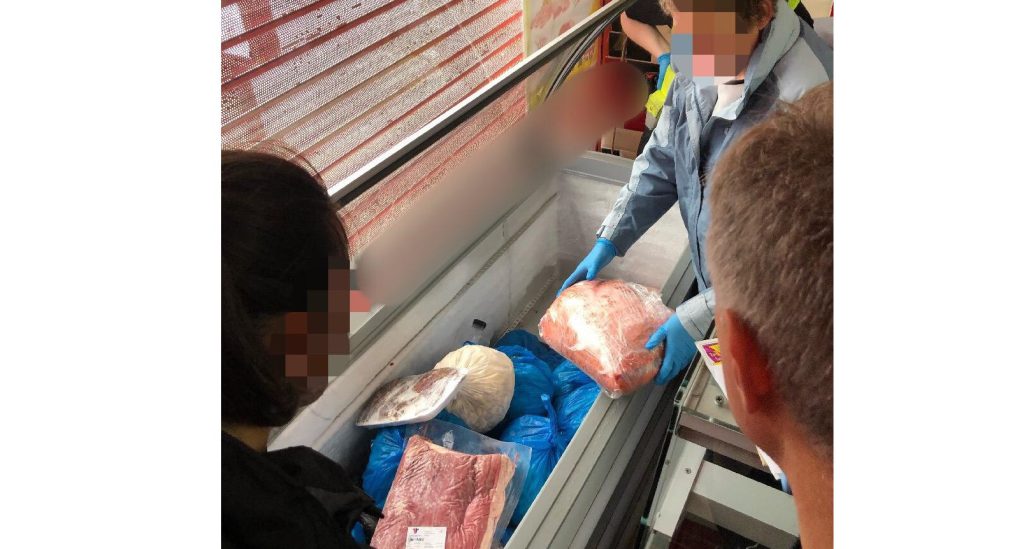 Meat found by police on a raid carried out as part of Operation Stock. Image source: Northamptonshire Police[/caption]

Lead investigator, DC Jamie Cooper, said: “These crimes caused farmers a great deal of upset and anger last year and I’d like to thank them and the wider rural community for their support and patience during our investigation.

“There was extensive media coverage when these incidents were taking place and I am very pleased we have achieved a successful outcome with all three men pleading guilty to their crimes.

Operation Stock was a huge team effort and I hope this case shows just how hard we will work to protect the livelihoods of our farming and rural communities, who were deeply affected by this crime series.

Detective inspector Johnny Campbell, added: “I would like to take this opportunity to say a big thank you to everyone who provided us with information throughout the Operation Stock investigation.

“Without a doubt, community intelligence was absolutely key in arresting all three of these men and being able to bring them to justice."