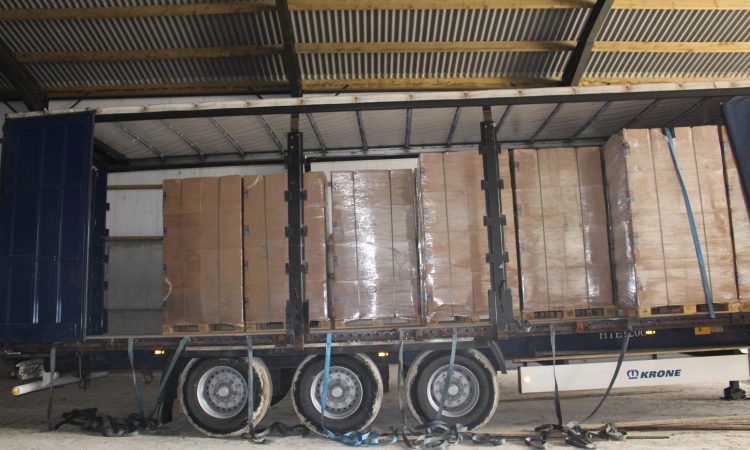 Three men have been jailed for a total of 10 years and nine months after they were caught with millions of illegal cigarettes at a Yorkshire farm in England.

HMRC officers caught the trio loading cigarettes into a van at the farm on Driffield Road, Huggate, York, in September 2018.

The cigarettes were concealed inside metal containers, which were packed in cardboard boxes. The men were arrested and 10,853,500 cigarettes were seized from the van, a warehouse on the farm and a lorry trailer parked inside.

One other man fled the scene and enquiries are ongoing into his whereabouts.

“This was a deliberate attempt to flood the streets with illegal cigarettes and deprive our public services of millions of pounds. Hayley, Kojak and Miller thought their smuggling scam would go unnoticed – but they were wrong and now they are paying the price.

“We will continue to pursue criminals who think stealing from taxpayers is acceptable,” the assistant director added.

The trio admitted excise fraud at Hull Crown Court on March 8, 2019. They were sentenced at the same court last Friday, December 13.