30% fall in New Zealand sheep numbers in the past decade

The number of sheep in New Zealand has fallen by 30% in the past decade, figures released by Statistics New Zealand show.

The provisional results from the 2016 Agricultural Production Survey 2016 indicate that there was a total of 27.6m sheep in New Zealand on June 30.

The statistics for 2016 show that sheep numbers fell by 5.3% compared to those in the previous year.

Sheep numbers in the southern hemisphere country peaked in 1982 at 70m, or 22 sheep for every person.

But going by the latest figures, there is now closer to just six sheep per person in the country.

Figures also fell for beef cattle and deer in New Zealand in 2016, while statistics for dairy cattle remained relatively unchanged, according to Statistics New Zealand.

Similar to sheep numbers the number of beef cattle in the country have fallen steadily since 2006, dropping by close to 940,000 in the past decade.

Figures for dairy cattle remained relatively unchanged in 2016 compared to the previous at year, totalling close to 6.5m.

The number of dairy cattle has fluctuated over the past few years, with a decrease of 213,000 cattle reported in 2015 compared to an increase of a similar figure the previous year.

Comparing the latest results for dairy cattle to those of 2016, shows an increase of 1.33m.

The number of deer in country has dropped close to 46% since 2006, figures from Statistics New Zealand show, when the population was closer to 1.58m. 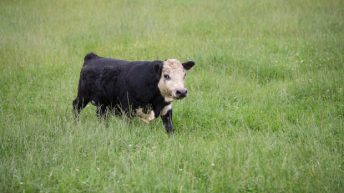