Martin Havelka is something of a legend among Czech tractor fans. For three years he has been undertaking adventures in his nearly 70-year-old Zetor Z-25.

This year he embarked on his longest journey yet - to Sweden. Despite "extremely hot weather", he has now completed his 3,000km adventure.

Martin hopped on his Z-25 to begin this epic journey back in mid-July - in his hometown in the Czech Republic. Accompanied by his family and dog, he headed northwards.

His average speed was 33kph; fuel consumption was typically 12L/100km.

He had been invited to visit Sweden by Magnus Larsson - a local collector of Zetor tractors.

Martin claims that Zetor tractors are surprisingly popular in Sweden. He said: "A lot of people have them. For example, on the Orust island 70% of all tractors were Zetors."

He also had words of praise for local traffic, as drivers often meet farming vehicles there. He explained: "There are lots of tractors - new or old - present on the roads, so everyone is used to them."

The only obstacle along the long way was the weather. His Z-25 is not equipped with a cab; therefore, the driver is not shielded against the weather.

Ironically, expected problems with rain in Sweden didn't come to pass. The weather was extremely hot. However, this did not deter him, even though he compared driving the tractor to sitting on a "heated stove".

In the end, he reflected on the journey with a hint of humour, saying: "It was really hot and sunny with no rain, so I got a very nice suntan."

He is already planning his next adventure; for the third time he will travel to the highest mountain road in the Alps (in Austria). He will embark on that journey in September. 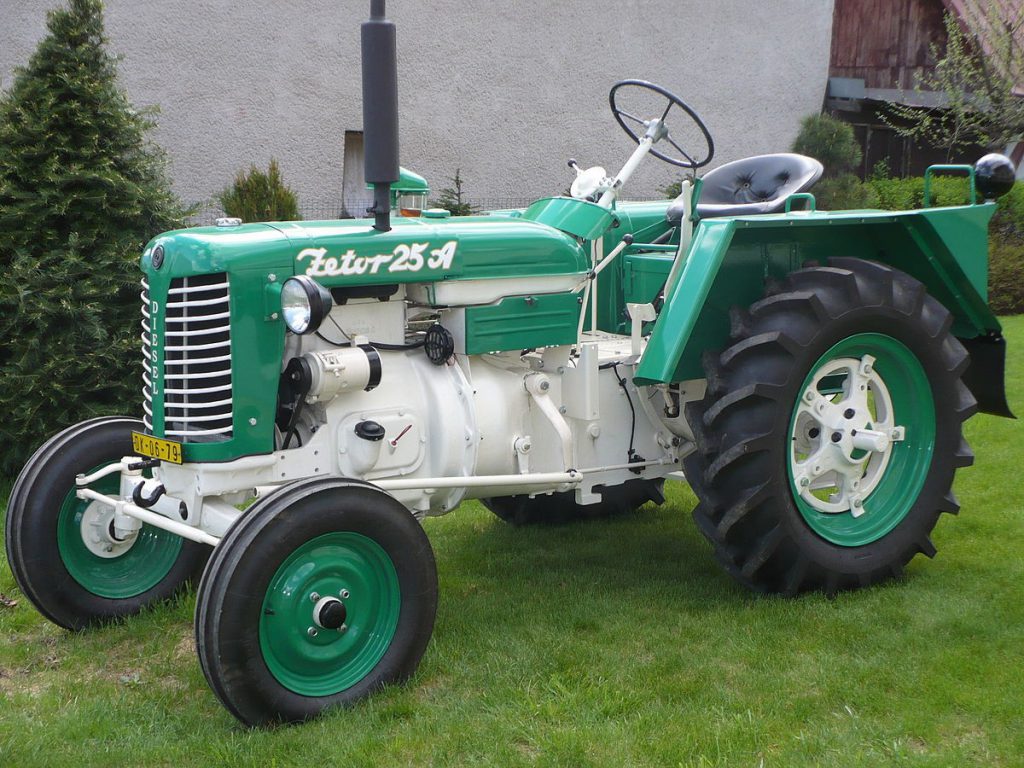 For the record, the first Zetor Z-25 was produced on March 15, 1946. The underlying aim was to design a cheap tractor with a low weight - suitable for mass production.

In 1949, more features were added including: an improved dashboard with a thermometer; an upholstered seat; a differential lock; and an optional cab.