Home » N.Ireland » 33 firefighters endeavour to rescue cattle which fell into a slurry tank 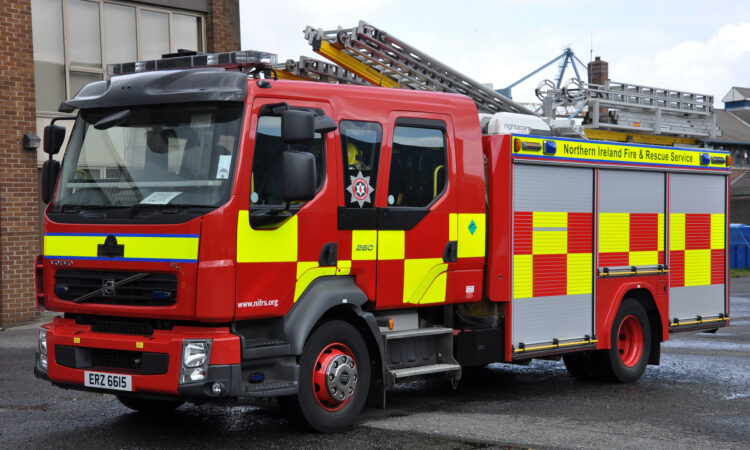 33 firefighters were called in to rescue a number of cattle which fell into a slurry tank in Northern Ireland recently, according to the Armagh I.

A number of fire crews from the Northern Ireland Fire and Rescue Service (NIFRS) were called to a farm in Co. Armagh yesterday afternoon (Wednesday, September 27).

The incident is believed to have happened just before midday on a farm in Tassagh – located on the Killyfaddy Road between Keady and Armagh.

It was reported that the fire crews and animal rescue personnel were trying to rescue around a number of cattle which had fallen into the slurry tank.

The NIFRS confirmed to AgriLand that two large bullocks were rescued from the slurry tank. The incident was dealt with by about 3:30pm.

Details regarding how the incident occurred have yet to be revealed. No further injuries as a result of the incident have been reported as of yet.

Heifers stolen in the midlands

Earlier this week, it was reported that a number of heifers were missing and presumed stolen by a farmer in Co. Westmeath.

The farmer believes the animals were stolen sometime last week. The farmer, from Drumrarney, Co. Westmeath, discovered that three of his heifers were missing from a field. An Garda Siochana were notified, as fresh tracks were present at the scene.

The heifers in question are one and a half years old – born in late January/February 2016 – and are described as being approximately 400kg. Two of the heifers are Aberdeen Angus crosses, while the third is a Hereford cross.