Home » Machinery » 50 years of JCB loaders; but which was the ‘must-have’ silage machine?

50 years of JCB loaders; but which was the ‘must-have’ silage machine? 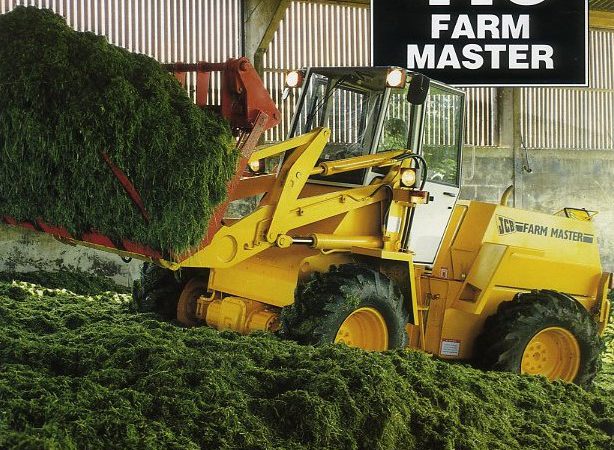 The company originally entered the wheeled loader market with the acquisition of UK-based Chaseside Engineering, taking on its seven-strong line-up of machines.

Relocation of production lines from Chaseside’s plant in Lancashire took several months. 1969 marked the start of the first full year of shovel manufacturing at JCB’s growing Rocester factory in Staffordshire. 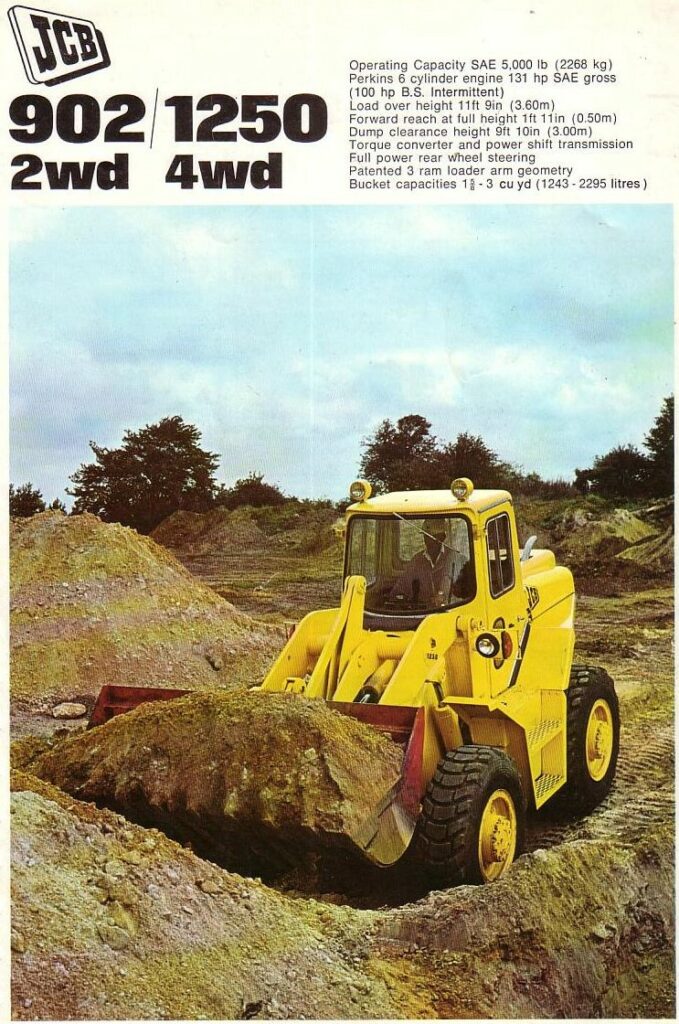 JCB now produces wheeled loaders in their thousands on production lines around the world, including the UK, India, Brazil and China. This year also marks the 20th anniversary of JCB opening a multi-million pound factory in Cheadle, Staffordshire, dedicated to the production of wheeled loaders.

The first JCB-designed loaders arrived way back in 1971, with the launch of the 413 (pictured below) and 418 models – replacing the existing Chaseside machines. 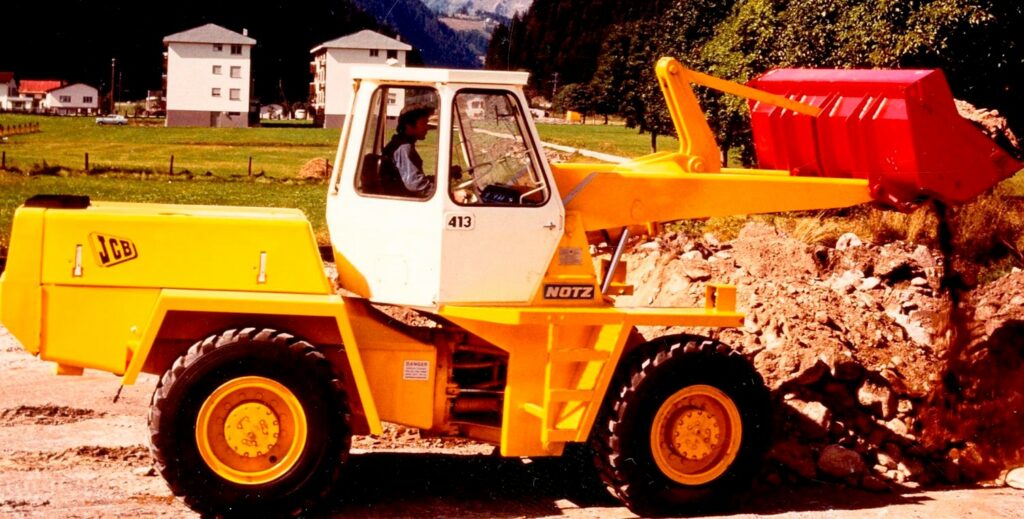 These had a cab mounted on the front section of the articulating chassis, supposedly to provide the operator with a better view. They were also notable for having an oscillating centre pivot.

In 1973, the 423 and 428 (pictured below) were launched. These machines brought JCB into the realm of heavier-duty shovels. 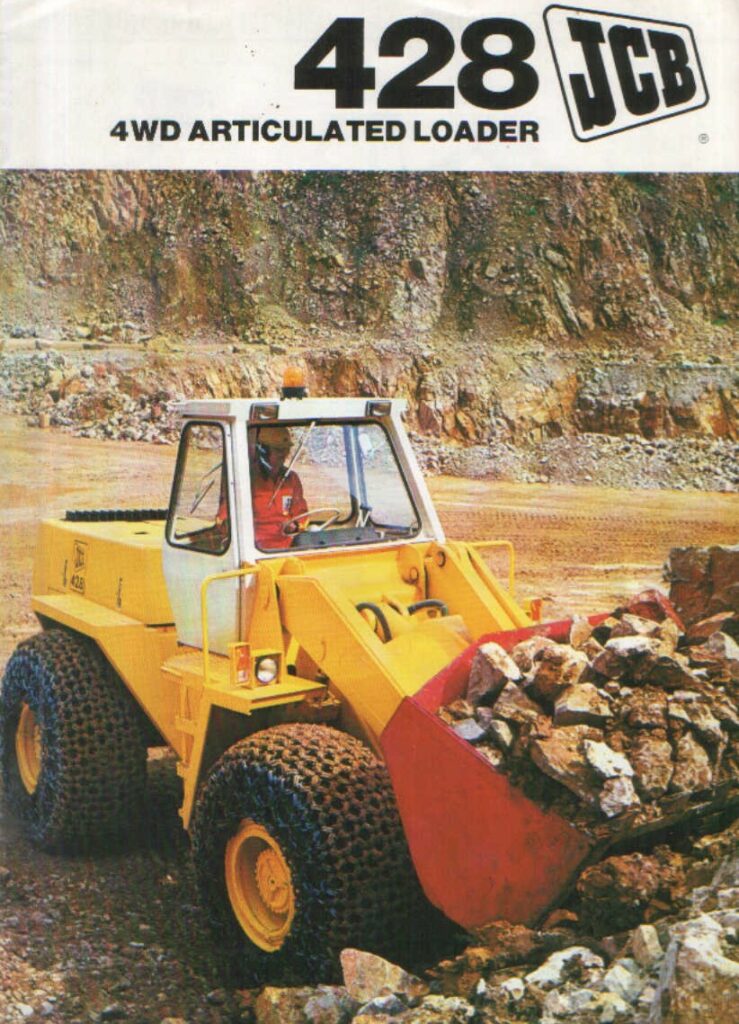 By the early 1980s, JCB’s loader division had grown further, with the introduction of the 428 landfill compactor. The early 1980s also heralded the arrival of the 410, 420 and 430 – notable for their four-ram loader linkages (with ‘parallel lift’). 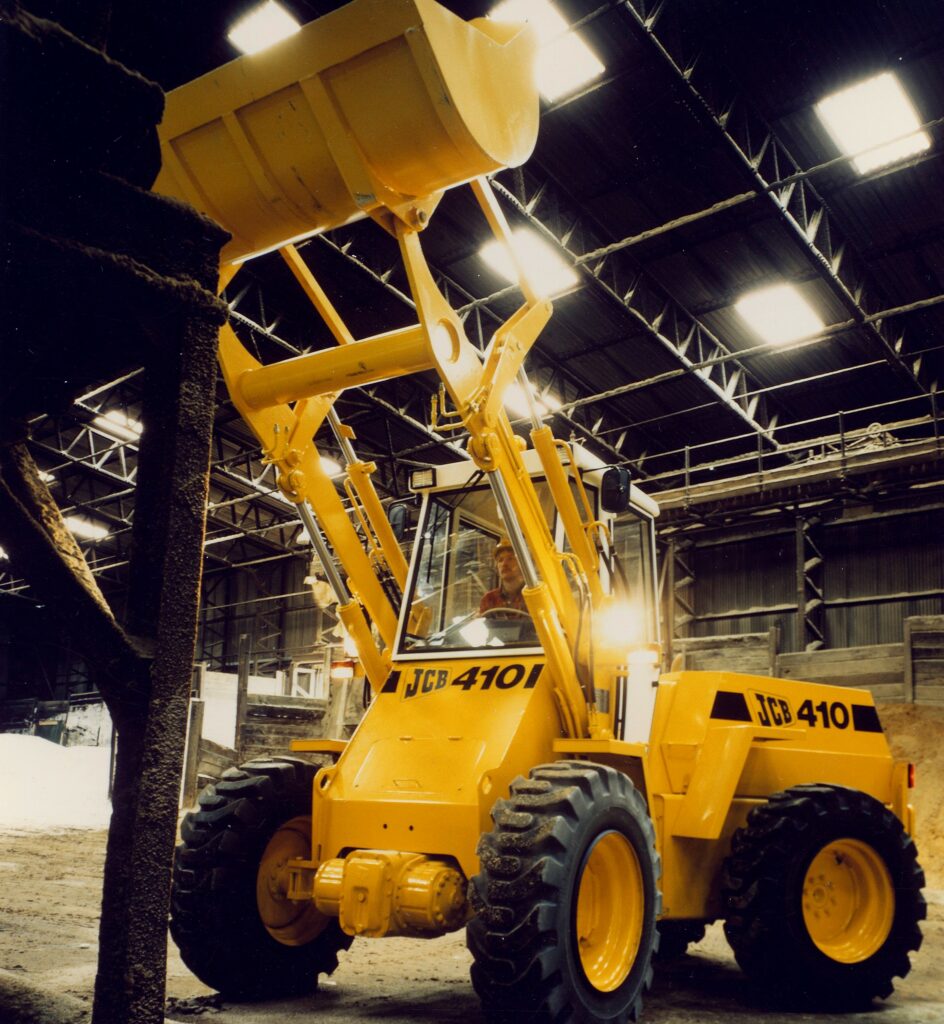 The first 410 Farm Master (pictured below) was launched in 1983, thus “continuing a relationship with the farming community that was established with the company’s foundation in 1945”. 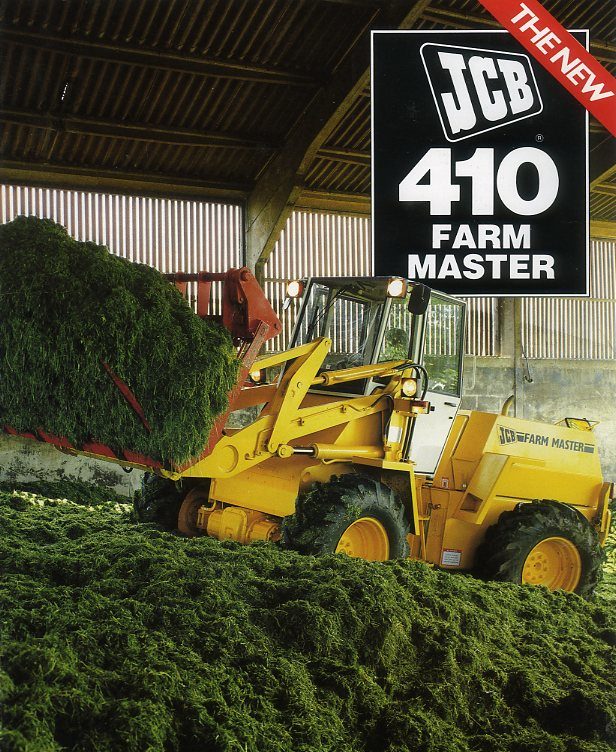 Another noteworthy variant was the military-spec 410M (pictured below). It arrived on the scene in 1984. It differed from other versions in several key aspects.

Interestingly, a significant number of these have ended up on farms not just in the UK but here in Ireland too – having been unearthed at specialist auctions and fleet disposal sales.

JCB moved into the compact loader market in 1987. The 406 was its first such machine; it was also the first JCB-designed loader to have the cab mounted on the rear section of the articulating chassis. It was joined by the 408 in 1989 and the 408 Farm Master in 1990.

AgriLand hosted a poll early last year, in which we sought your input and views to find out what machine was held in highest esteem – as the iconic ‘silage’ loader.

It was a light-hearted and nostalgic look at loading shovels – specifically at those machines that have shaped the silage-harvesting landscape during recent decades. 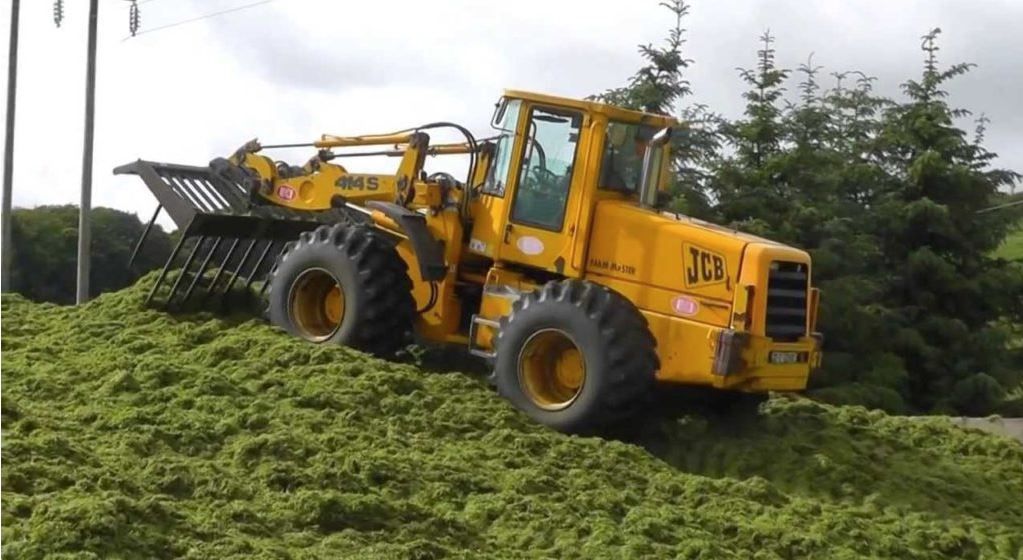 At the time, we came up with a list of seven possible contenders – not definitive or exhaustive by any means, but representative nonetheless of ‘milestone’ machines that would be familiar to agricultural contractors and their operators – up and down the country.

The list of contenders (in alphabetical order) was as follows: 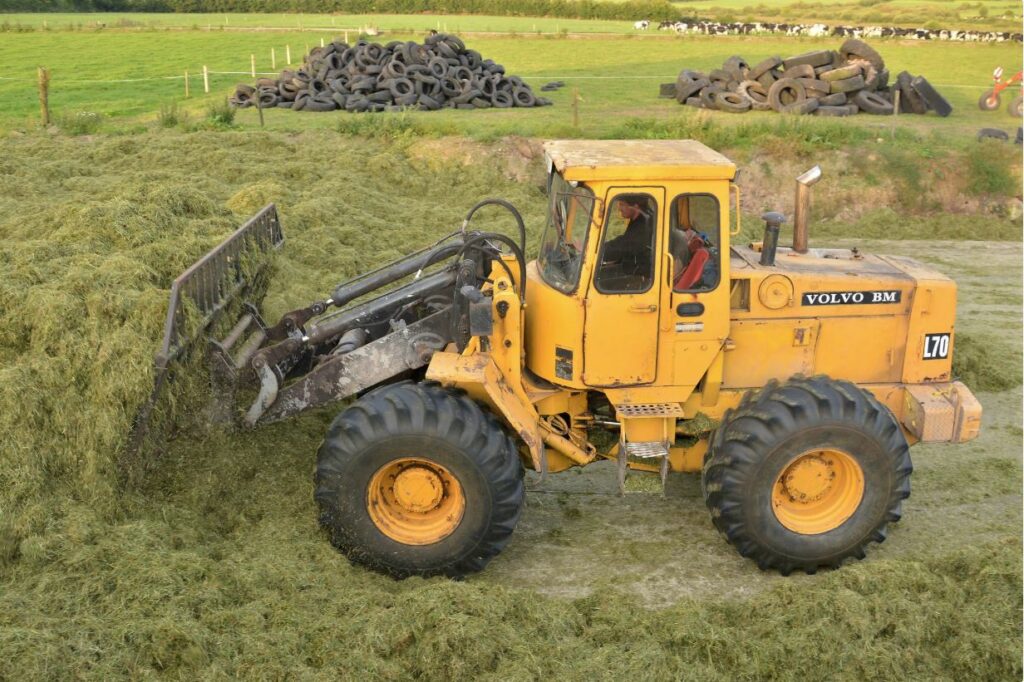