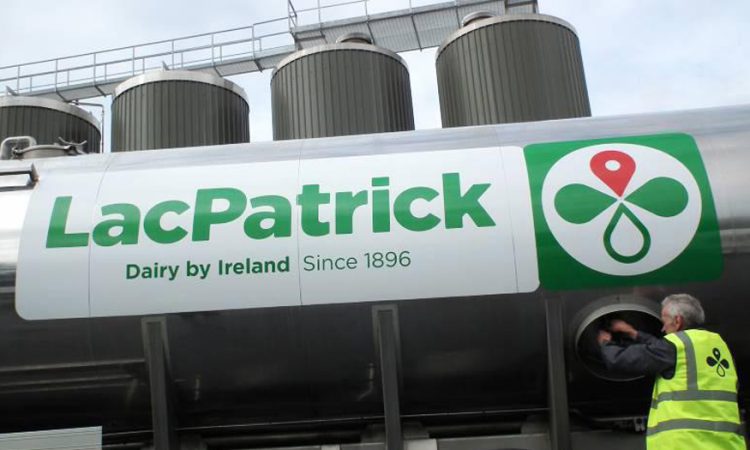 A total of 68 staff based at LacPatrick Dairies headquarters in Coolshanagh, Co. Monaghan, have been made redundant as moves to progress its merger with LakeLand Dairies intensify.

Following board approval of the decision earlier this morning, Friday, August 30, it is understood that staff were informed of the news on site this afternoon.

It is believed that while there were initial plans for up to 131 job losses, this figure was reduced down to 68 – the other 63 employees will remain at the co-operative.

As for the affected divisions among the co-op’s broad dairy portfolio, it is understood that LacPatrick’s yogurt business will cease altogether, while its butter division will transfer elsewhere in a bid to improve efficiencies and cost savings.

The co-op’s liquid milk business and its agri-business store are expected to be retained on site.

It is understood that the decision was deemed “necessary” by the board as part of its rationalisation process. The affected LacPatrick businesses had recorded “significant and recurring losses” over a number of years.

Under the Lakeland Dairies / LacPatrick Dairies merger – announced last year and given the green light by competition authorities in March 2019 – Lakeland agreed to take on LacPatrick Dairies’ core debt of about €28 million, as the two companies merge to become the second-largest dairy processor in the country.

The registered name of the new co-operative will be Lakeland Dairies Co-Operative Society Limited.

Owned and controlled by farmers, the extensive new co-op consists of over 3,200 milk suppliers and a collective milk pool of some 1.8 billion litres.

Speaking on FarmLand last November, Michael Hanley, the CEO of Lakeland Dairies, cautioned that job losses could ensue as part of the rationalisation process.

“The LacPatrick business in the first half of the year has not been making money, it has been losing money; so, we have shared that with our shareholders and with our farmers.

We have to now change, drive efficiencies and run the business differently than the way it has run in the past.