99.76% of RHI money ‘paid legitimately to businesses with genuine need’ 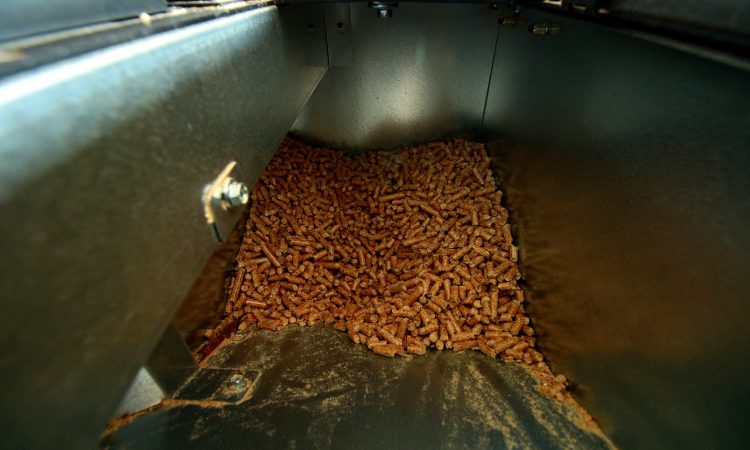 Nearly all of Northern Ireland’s Renewable Heat Incentive (RHI) payments were made legitimately to businesses with a “genuine need”, according to the Ulster Farmers’ Union.

The union calculated the proportion using figures made public this week by the Economy Minister in response to a question from SDLP MLA Sinead McLaughlin.

The written answer explained that the department had now contacted all Northern Ireland Renewable Heat Incentive participants regarding inspections of their installations.

“To date, 1,137 sites have been subject to individual investigation,” it read. “…Three sites remain outstanding, mainly due to restrictions imposed in response to the current pandemic.”

Responding to a separate question asking about the level of non-compliances, Dodds wrote: “Potential non-compliances have been identified on almost all sites.

“However, the majority have been resolved through engagement with the participant and remedial action being taken on-site.

Of all cases closed to-date, 5% have required enforcement action.

“To date, the compliance process covering the early phases of the NI Inspection Programme has identified more than £316,290 to be recouped in relation to 15 sites.

“Of the sum identified for recoupment, some £263,030 is being pursued via legal proceedings, with the remaining £53,260 being offset against future payments in respect of four sites.”

Compared to the £1.3 million of payments made so far, the amount to be paid back works out at just over 0.24%, meaning 99.76% of the money paid has been verified as genuine claims.

Northern Ireland’s RHI scheme came under criticism in mainstream media for its high return rate and was quickly branded the “Cash For Ash Scandal”.

However, it has since emerged that most businesses who signed up to the scheme had done so in good faith.

The RHI scheme continues to operate in Britain. The tariffs there, which are binding for 20 years, are based on what is available on the date the participant joins the scheme.

However, in Northern Ireland, the tariff was slashed retrospectively to the anger of those who had already invested in the boilers.

UFU deputy president David Brown said many agri-businesses had lost faith in the department as a result.

“We met with the Economy Minister to relay our concerns regarding the RHI consultation; however, the outcome left us extremely frustrated,” he said.

Recent Assembly questions revealed that 99.76% of RHI payments to boiler installations were paid legitimately to businesses who had a genuine need for renewable heat.

“This figure gives a lie to the accusations in the media that vilified genuine participants and contributed to the collapse of our Government.

“DfE talked a lot about introducing a new green energy scheme to replace RHI. However, we made it clear that businesses have been so deeply affected by how they’ve been treated that it’s unlikely that they will put their trust in any future DfE scheme.

“The DfE has completely ignored the Buglass and Select Committee recommendations of parity with GB. No GB boiler owner has ever faced retrospective cuts.

Their tariff rates were only ever cut for new applications whilst today’s GB tariffs are almost £10,000/year, NI participants were cut to £2,200/year.

“In GB, they can also remove an old boiler and replace it with one the same size or smaller and continue on the same tariffs. NI boiler owners cannot do that here. If they did, the new boiler wouldn’t qualify for RHI.”

In a further complication, the union claims the department’s baseline for fuel prices is out of date.

The union added that the department has still not offered any assurances of how a potential new scheme would look.

“To close the scheme would adversely affect NI agriculture’s carbon emissions. The frontrunner for 2021 is climate change with the UK preparing to host the UN Climate Change Conference at the end of this year, and yet, if the NI RHI scheme were to close in the months ahead it would inevitably cause a shift back to fossil fuels,” said Brown.