Fendt has teamed up with German-headquartered Sennebogen to offer its first own-brand telehandler (telescopic handler).

The machine was unveiled at this week's Agritechnica show in Germany.

Known as the Cargo T955, this handler's most noteworthy attribute is its lifting cab.

The cab can apparently be raised to a viewing height of 4.25m. A spokesperson said: "Just lifting the cab by a mere 20-30cm gives you the best 360° all-round view - the likes of which have only been seen on wheel loaders and telescopic wheel loaders. 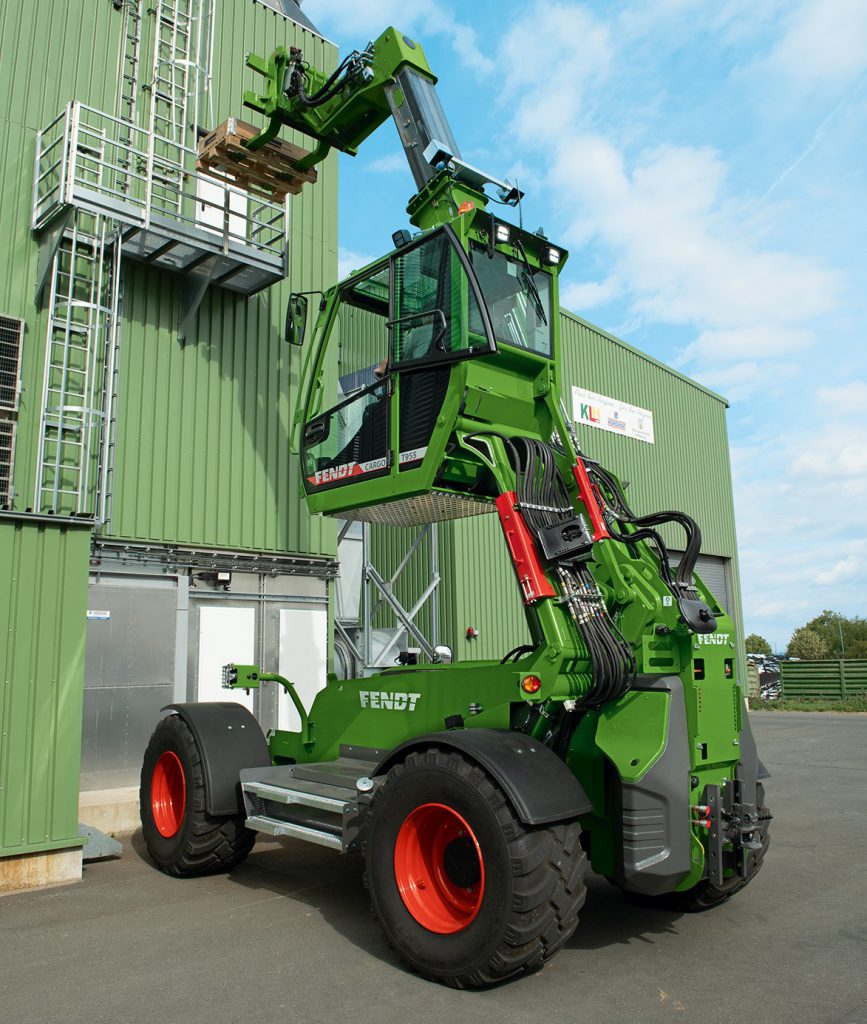 "There is no dashboard to obstruct the lower part of the continuous windscreen. Instead, you have a floor-to-ceiling view of your surroundings.

"The cab is vibration-dampened, so the driver can enjoy the levels of driving comfort we have come to expect from Fendt. Driving speeds of up to 40kph are available."

According to Fendt, the machine can lift 5.5t; its maximum lift height is 8.5m. 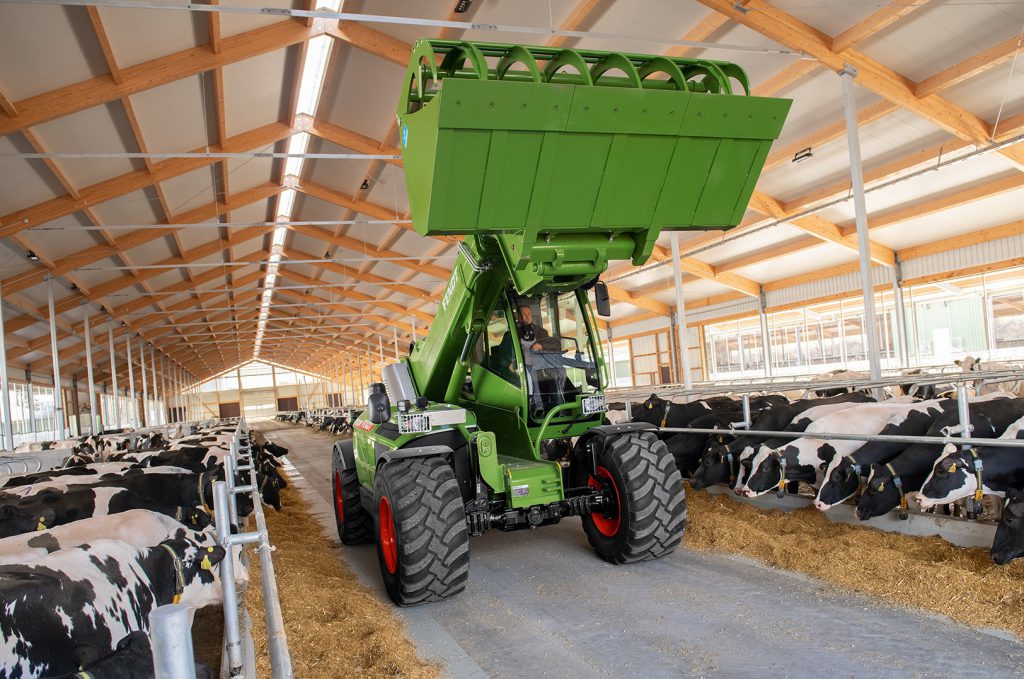 The Cargo T955 is apparently just the first of several Fendt-badged telescopic handlers. More will reportedly follow next year.

This picture (below) shows the actual machine on display at Agritechnica 2019. 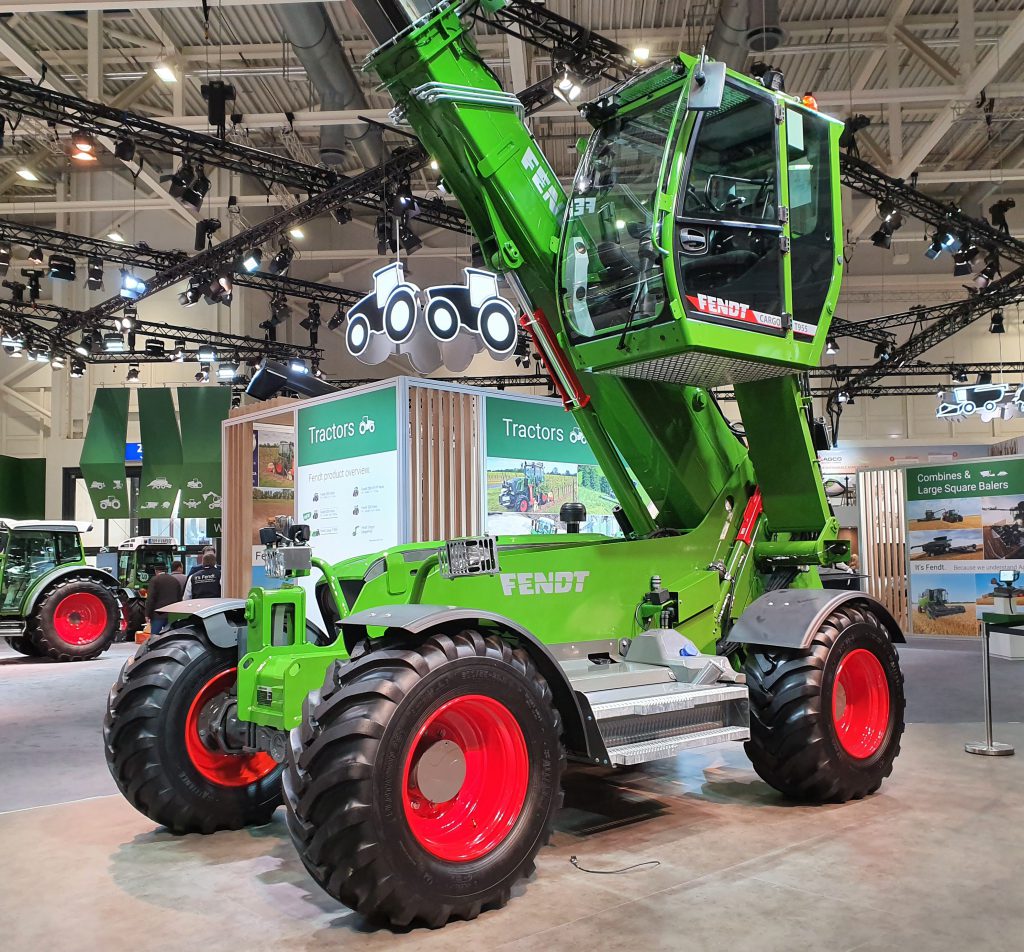 Agritechnica - one of the world’s biggest (indoor) agricultural machinery exhibitions - opened its doors on Sunday (November 10) in Hannover, Germany. It runs until Saturday (November 16).

According to the organisers, more than 2,750 exhibitors, not just from Europe but all over the world, took part.

This event takes place every two years; the last instalment was in 2017 (also in November).