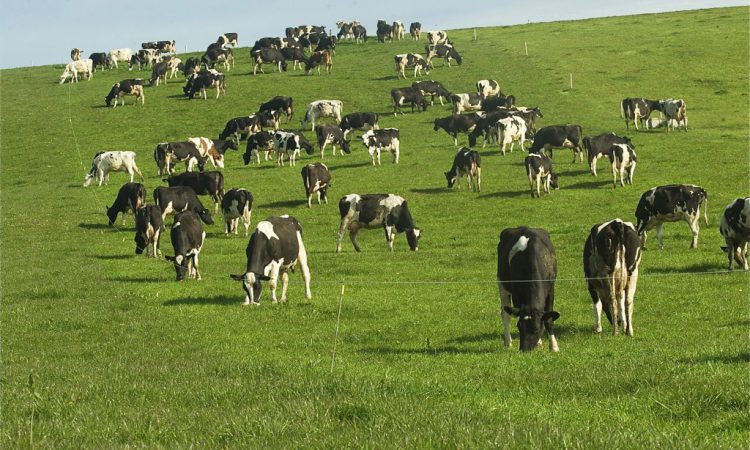 Scientists have warned it will be “extremely challenging” for Northern Ireland to reduce its methane emissions from agriculture in order to meet net-zero ambitions without a reduction in livestock numbers.

The pair offered their professional opinion on the likely impact of the private member’s Climate Change Bill, which proposes a net-zero target for Northern Ireland by 2045.

“Northern Ireland’s current economic model is very dependent, and generally well-suited to a grass-based system and the livestock farming which suits that. Achieving the net-zero goal over the next 25-30 years is going to be extremely challenging based on the literature and the documents we have received,” Dr. Magowan said.

Dr. Magowan said it was an opinion shared by many of the UK’s top livestock scientists and shared her experience participating in a scientific consortium led by the Centre for Innovation Excellence for Livestock (CIEL).

“The overriding consensus from that was that it is going to be very challenging based on the physical and biological nature of livestock – particularly ruminants,” she said.

“While there are tools and solutions there that will take us some of the road, as well as sequestration that we can realise from our land in the form of hedgerows and forestry, etc., it will be very, very challenging.

Research is currently underway at AFBI to quantify the amount of carbon currently sequestered locally on farms so these figures can inform greenhouse gas inventory.

However, Dr. Magowan explained the difficulty of lowering emissions from livestock came down to the fact methane is produced by ruminants as part of natural biological processes such as enteric fermentation.

“Whilst we can reduce those emissions significantly, and whilst we can capture carbon, based on the assumption we want to retain the current economic model the volume of stock that we have in Northern Ireland is such, that there’s a huge amount of reduction to be made and a huge amount of carbon to be sequestered, and therefore it makes it inherently difficult to achieve in the long run and will still require significant investment.”

Highlighting examples of research in this area, she said: “To reduce methane emissions you need to alter the rumen. Diet is a key function of that, so there are dietary additives coming through (3-NOP, seaweeds, etc.) and we are working with companies and in project European-wide at the minute to look at the efficacy of those.

“Other solutions include the reduction of waste on the farm, the detection of ill health earlier, and [measures related to slurry management].”

The researchers stressed the importance of ensuring a ‘just’ transition for the industry and also of recognising that greenhouse gases are all global gases.

“The likes of ammonia, which is also an air quality issue for Northern Ireland, is a local gas and, therefore, has to be dealt with locally,” Dr. Magowan said. “But greenhouse gases per se are global gases.

“As such that global net-zero goal is very, very important, and whilst Northern Ireland absolutely needs to make a significant contribution to that, we would highlight the fact that achieving that global and national goal of net-zero is as important as achieving the local goal.”