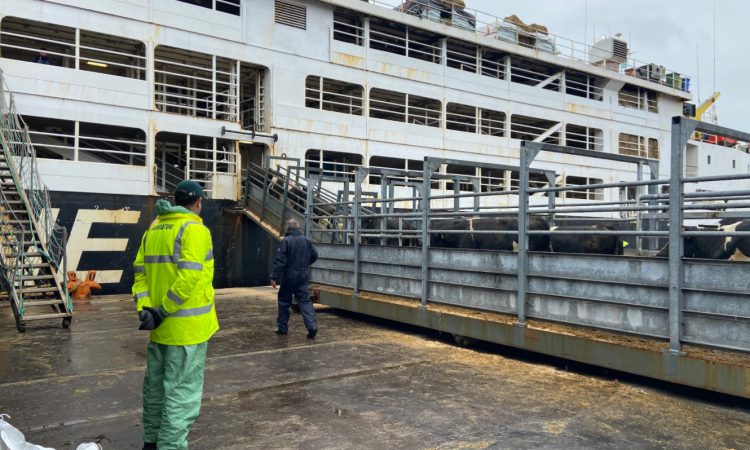 Political leaders in Northern Ireland have been accused of “overreacting” to perceived threats against border staff.

It comes as the Stormont Agriculture Committee has agreed to investigate why customs officers were pulled from their posts.

Both DAERA and Mid and East Antrim Council removed custom staff from ports at Belfast and Larne on February 1 after threats were allegedly made against them.

Last week the committee heard that staff car registration numbers had been collected from footage broadcast on the BBC.

North Antrim MLA Philip McGuigan accused those behind the move to remove staff of making a “calculated and concocted political decision” and proposed the matter was thoroughly investigated.

He said: “I think it’s important given the evidence heard last week from the permanent secretary and the chief vet in relation to the decision that was taken by both the minister and Mid and East Antrim Council to withdraw staff from Larne Port. I think it’s clear that this decision warrants further investigation and scrutiny.

“We now know from what we heard last week and other evidence this week that both the minister and the council ignored the level of the threat assessment from the PSNI and came up with their own assessment.

“We know now that Edwin Poots, prior to making this decision, was in conversations and taking advice from his DUP colleagues.

We also now know that thanks to the interjection of the PSNI and trade unions that there was key information provided to Mid and East Antrim councillors by senior council officials and the mayor that quite simply wasn’t true.

“At a time when the DUP was under political pressure as a result of their disastrous Brexit position, the DUP made this decision.

“I don’t think anyone could be blamed for thinking, after hearing all of what we have heard, that the decision to withdraw staff was a calculated and concocted political decision by a DUP minister and others.”

South Antrim Alliance John Blair added: “We and others took the issue of threats against staff very seriously but we have to deal with the facts that have emerged since those threats – or alleged threats – were reported… I would absolutely support an enquiry into those issues.”

However, not all agreed. Maurice Bradley warned challenging the decision to protect staff would send out the “wrong message”.

“Any threat made against any man, woman or child of any persuasion in any workforce must be taken seriously whether they are valid or not,” Bradley said.

You must remember that you cannot take a chance with people’s lives and people’s livelihoods – if a threat has no substance, it has still been made, however it has been made. We cannot send out a message from this committee that threats are not a serious manner.

“I think we need to be careful that we don’t hype this up and create a problem,” William Irwin added. “It’s dangerous. Those that would be involved in this kind of thing… it plays into their hands.”

Patsy McGlone concluded: “There seems to be a situation [at Mid and East Antrim Council] where risk assessments and evaluations weren’t even presented to elected members – which seems to be a rather unusual way to do things; that members on a council aren’t even trusted. That makes it even more bizarre.”

Five members of the committee voted for an investigation, three against and one abstained.