The female trade flew at the Hereford Cattle Society’s autumn show and sale with a new market record set for a Hereford female...in the breed's hometown.

Selling at 7,500gns on the day at Hereford Market, Shraden 1 Alice P809 was knocked back to JD Hodge, Berwick-Upon-Tweed.

The heifer, which was bred by Shropshire pair MJ & HM Timmis, is sired by Dendor 1 Knuckleduster and out of Shraden 1 Alice C198.

It's been a good year for Alice, clinching the Royal Welsh Show female champion title earlier this year before going on to take the female championship in the pre-sale show. 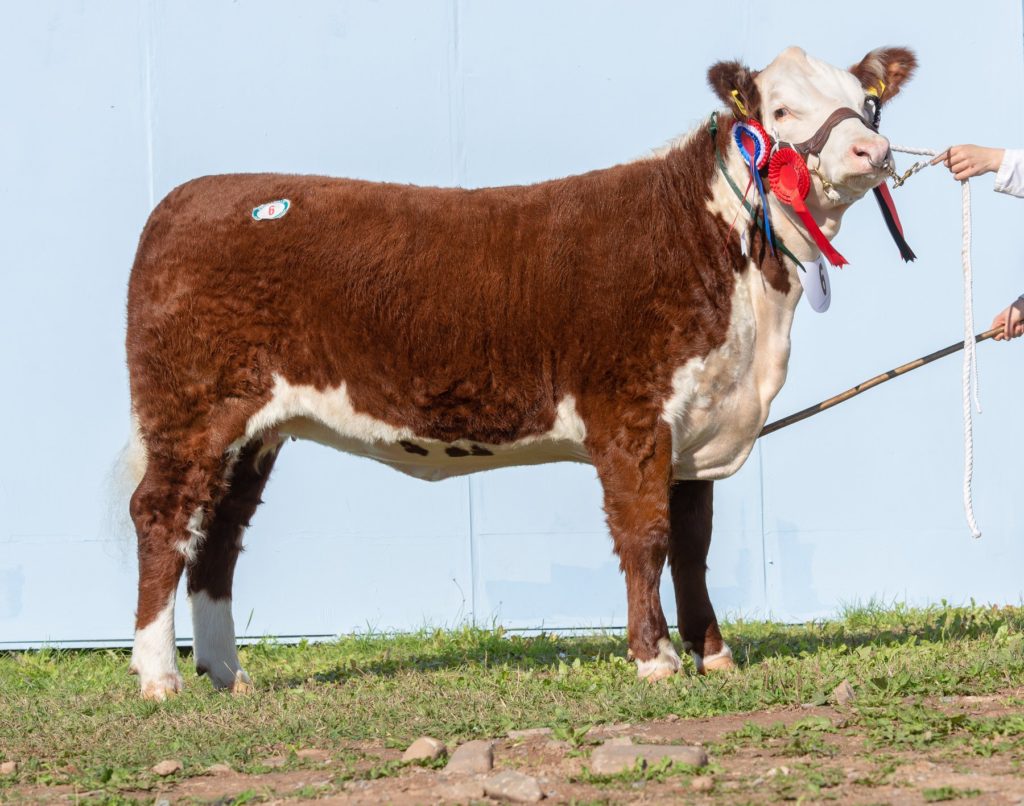 The March-2017 heifer also has a strong set of EBVs, sitting in the top 5% for retail beef yield and top 10% for milk in the breed.

Selling at 3,100gns was Spartan 1 Amy from SC Hartwright, Abingdon, will be getting the boat back to Northern Ireland with Dungannon man Uel Shaw.

The April 2017 born heifer is by Bosa 1 Hereward and out of Eldersfield 1 Amy K916. She was sold seven months in-calf after running with Bromley 1 Mystery.

Not far behind at 3,000gns was Romany 1 Lucy K956 R16 from the Hereford Cattle Society’s national herd of the year – JRB Wilson and sons’ Kelso-based Romany herd. 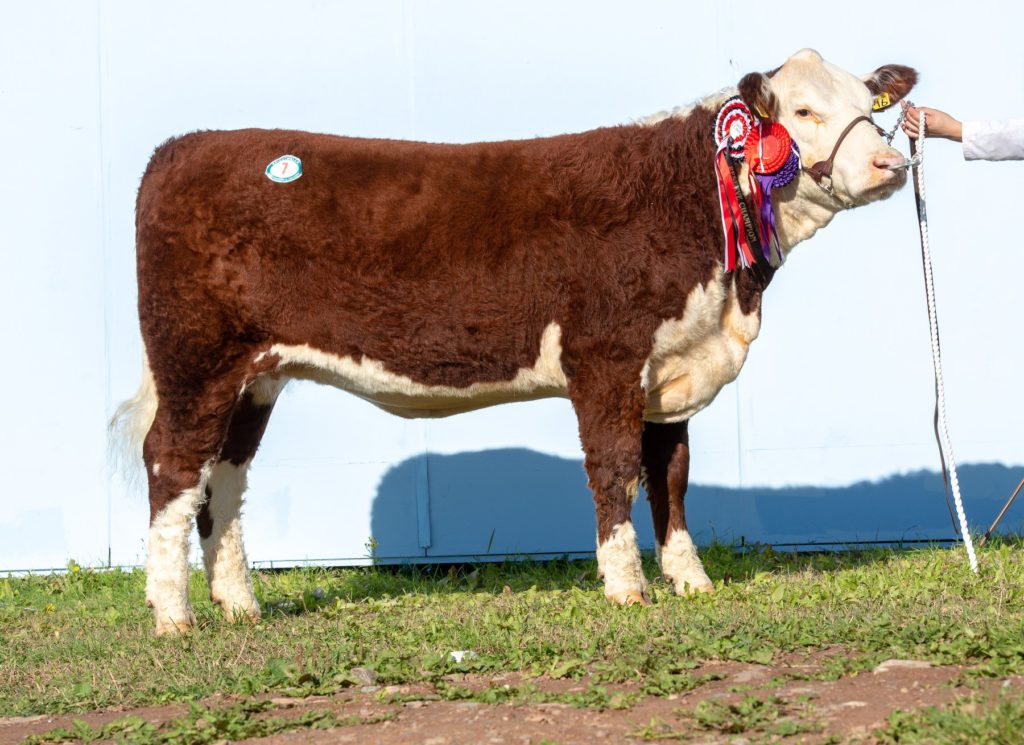 Solpoll 1 Stardust P16, was one of two females which sold for 2,600gns from J&W McMordie.

Two heifers from J and W McMordie’s well-known Solpoll herd, Co. Down made 2,600gns and another from RJ Windsor, Nantwich was knocked down at the same price.

Females not entered in the pre-sale show also saw strong demand with 94% forward selling at an average price of £1,324.62.

Moorside 1 Jacky 2nd, an April 2012-born cow from G and MC Shepherd, leading the section at 1,800gns, changing hands to W Milner from Much Wenlock, Shropshire.

IC Markham, Castlethorpe, Buckinghamshire, also had a good run in this section, with females hitting 1,550gns, 1,350gns and 1,250gns on two occasions. 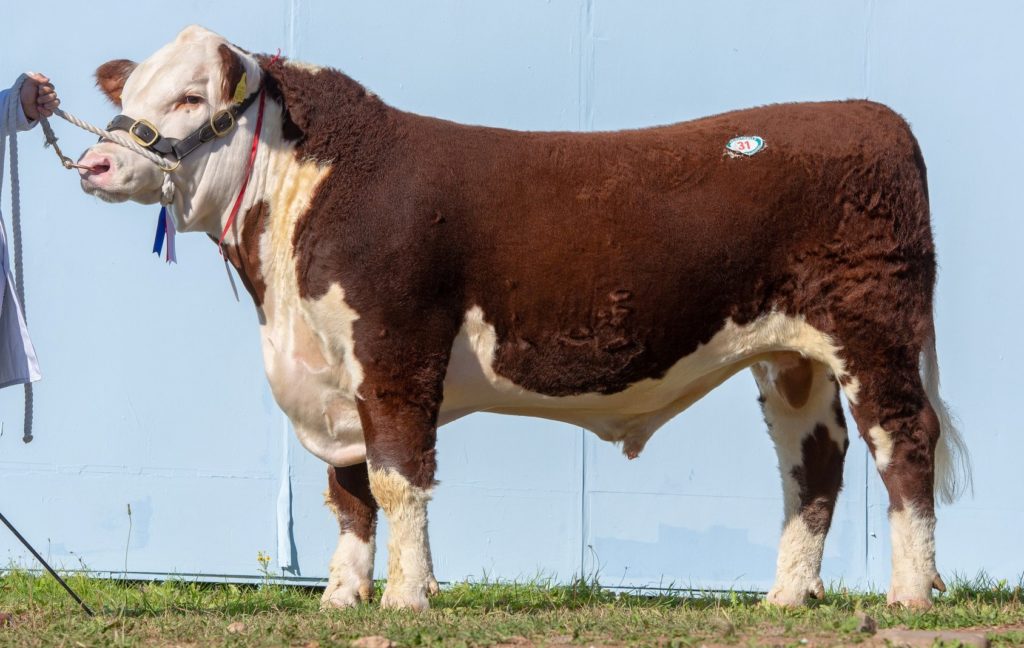 Qualifying as a superior carcase sire, this 30-month bull has growth rates in the top 5% of the breed, and retail beef yield and fertility in the top 10%. 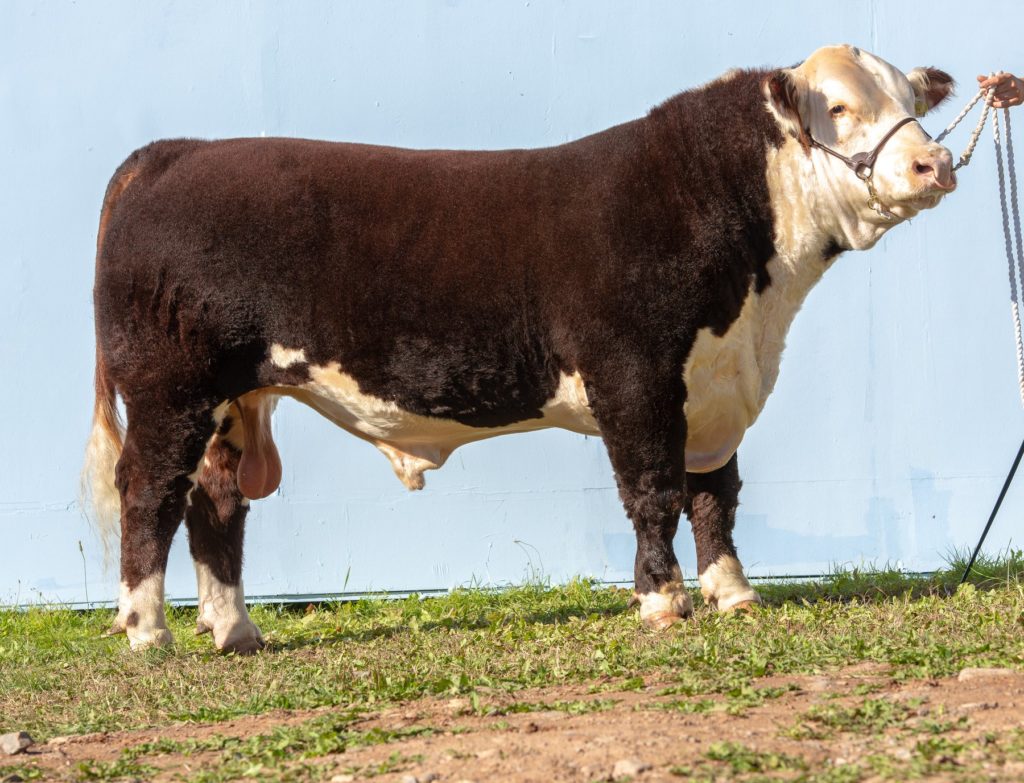 This February 2017-born male is by Hawkesbury 1 Vespa and out of a home-bred dam and stood reserve breed champion at this summer’s Royal Welsh Show.