The advent of spring is being announced with the rumbling of a formidable new fertiliser spreader in the form of the new Amazone ZG-TS 10001 trailed spreader - which is currently embarking on a tour around the country.

Unveiled as the latest offering from national Amazone distributor Farmhand last month on Wednesday, January 22, the new ZG-TS 10001 is getting its first showing on Irish shores as of last week.

The ZG-TS 01 trailed spreader, in hopper capacities of either 7,500L or 10,000L is capable of working widths of up to 54m and operational speeds of up to 30kph to deliver more "bang for one's buck".

According to Farmhand, the key selling point for this new spreader is superior accuracy, which it says bundles together efficiency, profit and environmental awareness in one through better precision.

The standout features of the Amazone ZG-TS 01, as listed by the distributor, include headland control in the form of Auto TS Border Spreading System. 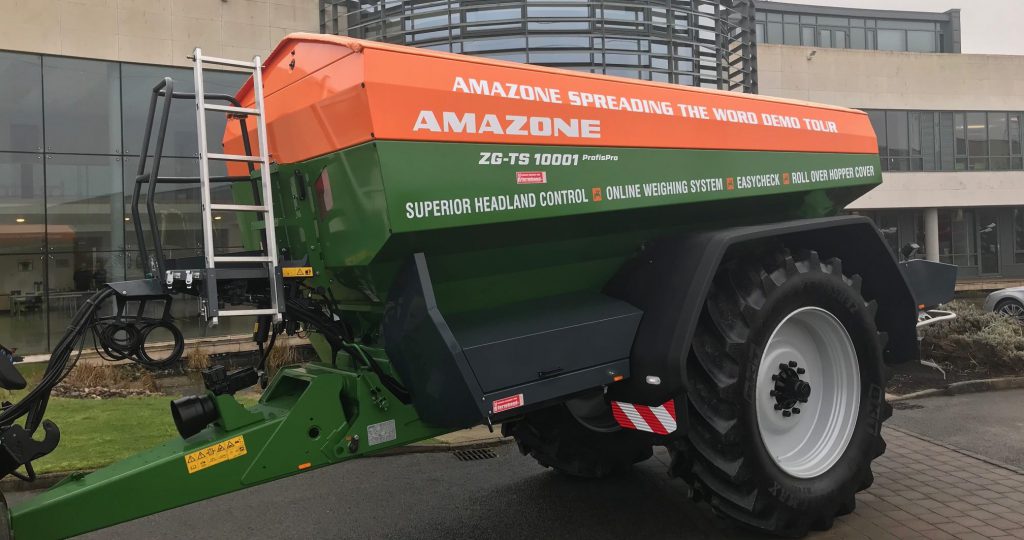 This is important for managing fertiliser spread and safe-guarding against the contamination of hedges and waterways, while also reducing fertiliser wastage.

The in-cab adjustment of the telescopic vane to ‘headland’ position adjusts to a shorter, straight edge vane that "allows fertiliser to be spread evenly up to the field edge and no further".

The headland is the largest part of any field, so this level of accuracy is extremely important, the Amazone distributor says.

Another notable feature is how the hopper is attached to the frame of the spreader by four weigh cells, enabling the spreader to accurately weigh the remaining volume of fertiliser while driving allowing for accurate control of the application rate.

In terms of other handy attributes, the ZG-TS 10001 offers maximum work rates at application rates of 650kg/min. 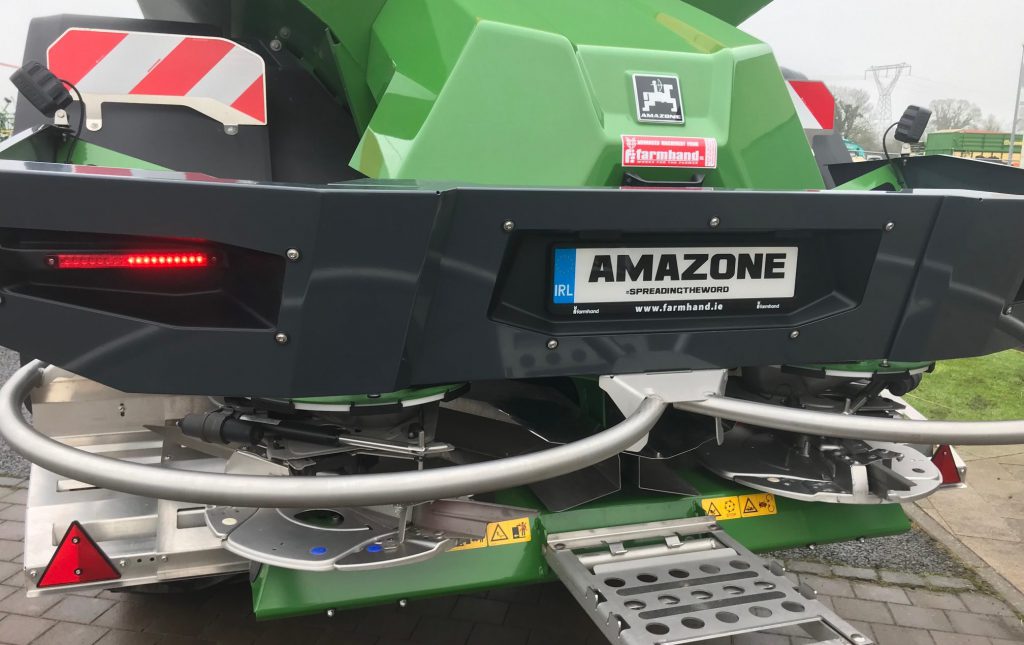 The ProfisPro online weighing system allows for constant control of the application rate, while fill management with the external fill level indicator lights ensures the quick and accurate loading by just one person.

For more details on the ZG-TS 10001, and updates on its ongoing tour, check out the Farmhand Ltd. Facebook page here.