The EFS is the Department of Agriculture, Environment and Rural Affairs’ (DAERA’s) new agri-environment scheme, under the North’s Rural Development Programme.

Designed to address specific environmental needs, primarily relating to biodiversity and water quality, it is hoped that the scheme will be more targeted and focused than previous schemes.

The scheme will have three levels:

Farmers and landowners with a DAERA category 1 or 2 Business ID and a minimum of 3ha of land that are eligible for Basic Payment are able to apply to this voluntary scheme.

The scheme is not a ‘whole farm’ scheme and offers farmers a number of choices. With the range of options available, there should be something to suit any farm, according to DAERA.

The Group Level part of the scheme is expected to be initiated on a pilot basis in 2017, with a view to establishing further Group Level projects in 2018.

The department has developed an IT system for the EFS and applications will be made online.

Advertisement
DAERA has also put in place a number of measures to assist farmers who may not have access to broadband or a computer.

These include offering one-to-one services and free broadband at its 12 direct offices as well as securing the support of 98 libraries across Northern Ireland, which have agreed to facilitate rural applicants by giving them access to their broadband.

Further guidance on how to apply and additional information on the scheme is available on the DAERA website.

Farmers welcome the launch of the long awaited scheme

Farmers have welcomed the news that the EFS will open for applications at the end of the month, Ulster Farmers’ Union Environment Chairman, Wilbert Mayne, said.

“Many farmers will be glad to hear that this long-awaited scheme will finally be opening for applications.

“The scheme is quite different from previous agri-environment schemes and is focused on addressing specific environmental needs, such as biodiversity and water quality.

Mayne also encouraged farmers to give themselves plenty of time to set up a Government Gateway Account in order to make an application and study the requirements for completing an application.

Some farmers may be frustrated that all applications must be submitted online, he added.

“The Union recognises that this is far from ideal, given that access to broadband is still a significant issue in many rural areas.

“We have expressed our concern that some potential applicants may be at a disadvantage, through no fault of their own.

“DAERA has given us assurances that additional resources have been put in place to assist farmers with this move to online-only applications and the union is monitoring the situation closely,” he said. 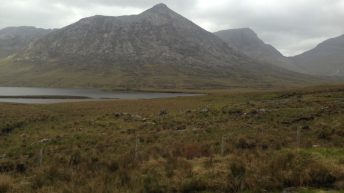 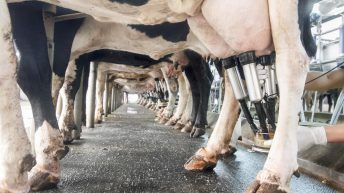 Milk Price Indicator to be reinstated in Northern Ireland