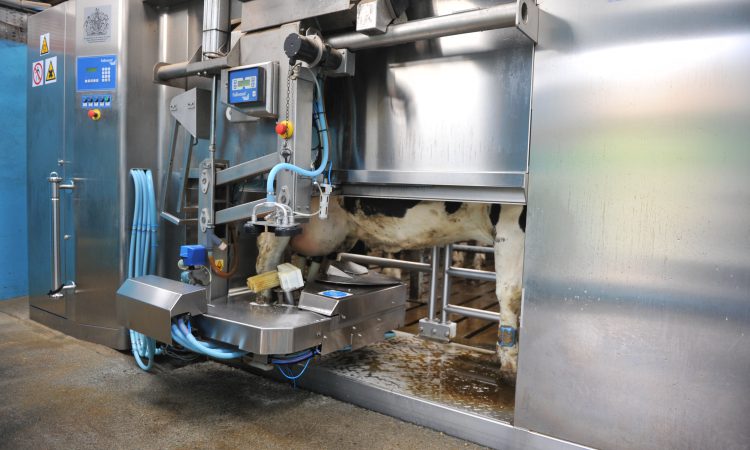 A recent UK study has confirmed that farm workers are the 6th most likely to be replaced by automated labour, with a 69% chance of being replaced by robots.

Waiters/waitresses top the list by having a 72.81% probability of being replaced by robots.

Food service and hospitality industries are the most likely to be hit hard by the rise of automation, with the introduction of touch screen menus and instant contactless payment methods.

Supermarket shelf stackers are second on the list, facing a 71.7% chance of automated replacement, while shop floor retail assistants face a 70.69% chance of replacements.

This in an industry already rocked by technology, through the rise of online retail. Stores such as Amazon Fresh already function without tills, and therefore without cashiers.

The robotics survey was carried out by electrical supplier, ElectricalDirect:

A company spokesperson said: “Sowing seeds, working the land and harvesting crops is one of the oldest jobs in civilisation. Long before many jobs even existed, people were out growing their own food and tending to animals.

“But soon all that manual labour could become computerised, with machinery 69% likely to take over a farm worker’s job.”

Meanwhile, Claas has entered into a cooperative venture with Dutch start-up AgXeed B.V. and acquired a minority shareholding in the company’s international funding round, as a mark of their commitment.

The aim is to cooperate on the development and commercialisation of autonomous agricultural machines.

AgXeed offers a smart, sustainable and fully autonomous system with scalable hardware, virtual planning tools and extensive data models, making it one of Europe’s leading companies in this sector today.

To this end, AgXeed will be bringing its autonomous AgBot to fields, pastures and specialty crops alongside a full suite of vehicle peripherals.

the new brand of autonomous tractors, and the associated software and platforms, are expected to be launched in 2022.