Arla holds milk price due to market prices ‘levelling out’

While the announcement that there will not be another cut for July is good news for farmers, the month also sees a new quarter’s (April – June) average exchange rate being introduced to the pricing mechanism resulting in a small reduction of 0.07p/L, taking the UK standard litre price to 19.05p/L.

Commenting on the decision, Arla Foods amba Board Director, Jonathan Ovens, said that growth in intake has reduced in recent weeks and this is helping to balance supply and demand.

As a consequence, market prices that we have seen deteriorate over the past 12 months are levelling out.

“The trend towards a more stable market situation has strengthened over the last month and although we are not yet in a position to increase the price, holding the price sends out a signal to our owners, who continue to face challenging times, that we believe the market situation is more stable.”

Earlier this week, UK processor Meadow Foods announced that it will be increasing its milk price.

Meadow Foods announced that it will be increasing the price it pays for milk by +2p/L, with a +1p/L increase in July and a further +1p/L increase in August. This takes their standard litre milk price to 19p/L.

Simon Chantler, Executive Chairman at Meadow Foods, said that they are starting to see the green shoots of recovery in the price we are able to pay for our milk and wanted to pass this on to our producers as soon as it was possible.

Although there is still some way to go before the pressure is lifted from producers, we feel that the slowdown in EU milk production over the flush period and a general tightening of supply are offering a better market outlook.

“These developments are the most positive we have seen for a number of months and this has led us to adopt a more optimistic position for the recovery of milk prices in the medium term.

“We know the last two years have been incredibly difficult for producers across the UK, Europe and the world and Meadow Foods hopes to be writing again soon to producers with further positive news on the market and milk price.” 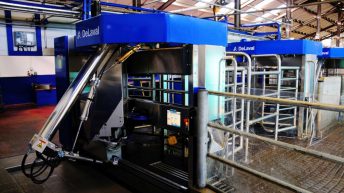 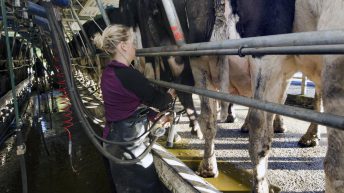 US milk production increases again in May