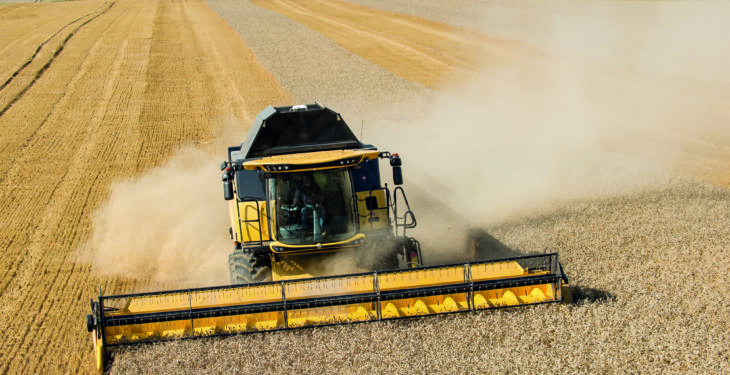 Armstrong Machinery will celebrate 40 years of selling New Holland machinery tomorrow, July 15, with a ‘Harvest and Tillage Day’ at Milverton, on the Lusk-Skerries Road, Co. Dublin.

Kicking off at 12:00pm, the event will feature four New Holland combines in action – with a range of other combines also on display – along with a big square baler and round baler on the go.

The tillage day is also claimed to be the only event in the country where every range of New Holland tractor can be seen working together, including the T4, T5 and T6 ranges (4 and 6-cylinder), along with T7 and T8 models.

LM Series telehandlers will also be present on the day. In addition, there will be a significant range of Kverneland machinery at the event, as well as other brands including McConnel, Vicon, Sulky, Knight and HeVa.

According to the company director, Charles Hutcheson, the day will feature plenty of action. As well as the combines, there will be baling, bale handling, discing, ploughing, stubble cultivating, power harrowing, sowing and more besides.

Hutcheson added that there will be a barbecue at the event to celebrate the occasion of 40 years with New Holland.

The event will be signposted from the Armstrong premises in Five Roads, Lusk, Co. Dublin and anyone interested is welcome to attend. It will be open from 11:00am, before things get down to business an hour later.