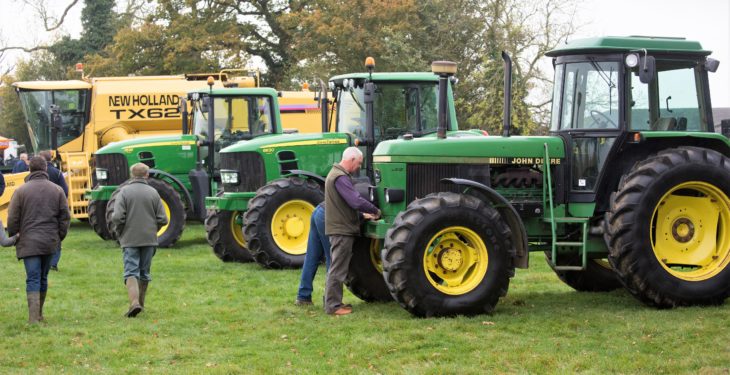 Major “on-site” machinery dispersal sale (auction) events come up just a handful of times in any given year here in Ireland; they are a more regular occurrence in the UK – thanks to the availability of a larger pool of equipment.

One such on-site sale was held on behalf of the so-called ‘Home Farm’ last week (October 26); the auction comprised of tractors, implements, trailers and other machinery.

Some workshop items also went under the hammer. It took place near Towcester, Northhamptonshire (England).

According to the auctioneer, some 150 farmers and contractors registered to bid. There were also some phone bidders on the day.

The auction was conducted by Fisher German.

Tim Scrivener was at the sale for AgriLand; he sampled the atmosphere, captured these insightful pictures and jotted down the key prices and specifications.

Please note that all of the prices referenced in the captions below are in pounds sterling.

There was NO buyer’s premium applicable to these lots. The commission was levied on the seller.

VAT at the standard rate also applies to all lots (on the hammer price) unless otherwise stated.

Click on a thumbnail in the gallery (below) to open up a full-size image; once opened you can scroll sideways to see the next picture. Refer to each caption to see details of each lot, including the sale price.

Another such auction was held on behalf of Chestnuts Farm recently (October 18). That auction was conducted by Brown & Co.

That sale comprised of tractors, handlers, implements and other machinery. It took place near Sleaford, Lincolnshire (England). 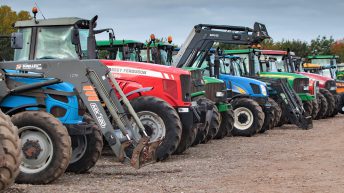