Australia blocks sale of 185,000 cattle farm due to ‘security reasons’

The sale of Australia’s largest farm to foreign investors has been blocked by the Australian government, according to Treasurer of the Commonwealth of Australia Scott Morrison.

According to Morrison, the farm in question consists of 10 cattle stations with a long-term average herd of 185,000 cattle.

The farm consists of 101,411 square kilometres this makes it significantly larger than the next biggest landholding in Australia, he said.

According to Morrison, the decision was made following the recommendation from the Foreign Investment Review Board (FIRB).

He added that the sale of Australia’s largest property to the foreign investors would be contrary to the national interest and the sale will not be authorised to proceed.

The land is currently owned by S. Kidman and Co., who is Australia’s largest landowner, it owns approximately 1.3% of Australia’s total land area and 2.5% of the total agricultural land.

According to Morrison, one of its properties is the largest single property holding in Australia which is located in the Woomera Prohibited Area (WPA) in South Australia.

The WPA weapons testing range makes a unique and sensitive contribution to Australia’s national defence and it is not unusual for governments to restrict access to sensitive areas on national security grounds, he said.

He added that the sale of these lands has been blocked due to the size and significance of the total portfolio along with the national security issues around access to the WPA.

I have determined, after taking advice from FIRB, that it would be contrary to Australia’s national interest for a foreign person to acquire S. Kidman and Co. in its current form.

“I note that following communication of my decision all bidders to acquire S. Kidman and Co. Limited have elected to withdraw their FIRB applications prior to my Final Order being formalised,” he said.

According to the Treasurer of the Commonwealth, it is now a matter for the vendor to consider how it wishes to proceed with offering the total land holding.

Furthermore, he added that the government will consider any such future alternate proposal or set of proposals on its merits as long as they are not contrary to the national interest.

He added that Australia welcomes foreign investment where it is consistent to its national interest.

Foreign investment has underpinned the development of our nation and we must continue to attract the strong inflows of foreign capital that our economy requires.

“Without it, Australia’s output, employment and standard of living would all be lower.

“We will continue to welcome and support foreign investment that is not contrary to our national interest,” he said. 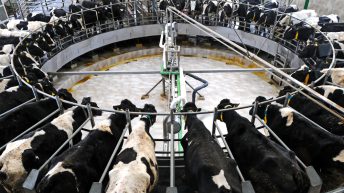