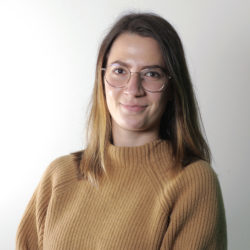 Rubina Freiberg graduated from Griffith College Dublin with an honours degree communications and media production. She has been awarded for Best Academic Achievement, and her previous work on food labelling was nominated for the European Commission Award at the National Student Media Awards 2020. She grew up in a rural village in south-west Germany before relocating to Dublin in 2018 to pursue a career in journalism. She previously gained experience in digital and print media while working at a German newspaper creating investigative and visual content.She was also previously involved as the sub-editor for the production of ONUS, an Irish Arts and Culture Magazine. A German native, Rubina has strong passion for food and its production.

“I knew I wanted to work with animals and then my parents said, why not start a farm, and I...

A proposal made by a German federal minister suggests that global food-supply shortages could be eliminated by limiting the domestic...

Improving and maintaining the health of at least 50% of soils worldwide by 2030 will require “strong support and solidarity”,...

The Food and Agriculture Organisation of the United Nations (FAO) has called on the G7 nations to help anticipate future...

‘Spotlight On’ Amy who manages 1,600 employees at UK pork processor

A new episode of 'Spotlight On', the series of behind-the-scenes videos about careers in the meat industry, showcases Amy Witham...

To achieve international climate objectives and to keep 1.5°C of global warming within reach, engaging with agriculture is vital, according...

TB reactors in Ireland drop slightly within one year

Farmers For Action (FFA) has issued a farmgate-supply warning for corporate and co-op food processors in Northern Ireland (NI) amid...

Alternative proteins: Report says fake meat ‘will not save the planet’

A new report –The Politics of Protein – released today (Thursday, April 7), reveals that fake meat is not as...

Average annual global greenhouse gas (GHG) emissions reached their highest levels between 2010-2019, however, the rate of growth has slowed,...

The British Veterinary Association (BVA) has welcomed new research on badger culling and bovine tuberculosis (TB) control in cattle, however...

Dairy farming has been the backbone of New Zealand (NZ) for years. Recently however, the number of dairy farms has...

IPCC: Emissions must be cut to prevent threats to species and ecosystems

The United Nations’ Intergovernmental Panel on Climate Change (IPCC) has said it expects ecosystems to be at a "high risk...

The International Panel of Experts on Sustainable Food Systems (IPES-Food) has called for a fundamental reform of food systems to...

More frequent heatwaves and droughts due to climate change are expected to cause substantive agricultural production losses for most European...

Investment in soils could not only benefit the environment – research

Investing in soils could benefit the environment, animal and human health as well as achieving a net zero target, according...

FAO: ‘School meals go far beyond the plate of food’

The Food and Agriculture Organisation of the United Nations (FAO) and the World Food Programme (WFP) have launched a project...