Batman soars to 100,000gns at Solway and Tyne Club Sale 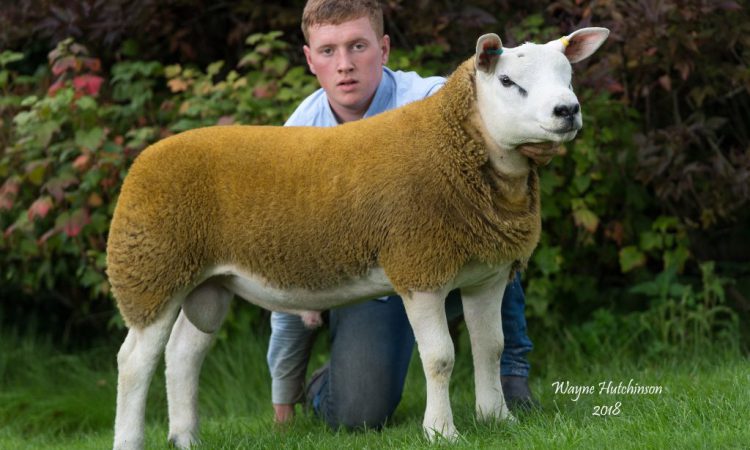 This year’s Solway and Tyne Texel Club Sale at Carlisle saw a six-figure top call, with averages up in both the ram lambs and gimmers.

The auction was conducted by Harrison and Hetherington.

Leading the way at 100,000gns was Sportsmans Batman from Messrs Boden and Davies.

This Garngour Alabama son had stood first in his class managing overall champion in the pre-sale show on Friday, September 7.

The ram was out of a dam by the 145,000gns Knap Vicious Sid. After some lively bidding, he was knocked down to Procters Farm for the Procters flock, Lancashire.

Second best at 30,000gns was Claybury Basic Instinct from Claybury Texels, Shrewsbury. He is a Strathbogie You son out of a dam by Stainton Vantage II and sold with an index of 449.

Having been the second prize recorded lamb in the pre-sale show he was bought by Paul and Christine Tippetts, Shifnal, for the Wilodge flock.

And following that at 24,000gns was Teiglum Braveheart from Messrs Clark. This son of Ettrick Yom Kippur is out of a dam by the homebred Teiglum Windfall and sold with an index of 396, being bought by a five member consortium consisting of Messrs Bennett, Meifod, Highfield Farming, Duns, Barclay, Banchory, Teward, Darlington and Renwick, Kelso.

Then making 18,000gns was Knap Blazing Star from Robert Cockburn, with this one being by the homebred Knap Alligator and out of a dam by Knock Papoose. He was another to be shared, with Messrs Innes, Huntly and Pratt, Peterculter, taking half each in him.

Sandy Lee then sold Fordafourie Big Ben at 16,000gns, with this one selling to John Forsyth, Maybole, for the Glenside flock. Sired by Fachell Victor he is out of a dam by Garngour Ultimatum.

Close behind at 15,000gns was Auldhouseburn Bolt from Alan Blackwood, continuing a great run at this season’s sales. This son of the 130,000gns Sportsmans A Star is out of a Glenside Willie Winkie daughter and was taken by four partners, with these being Messrs Woof, Kendal, Pierce, Pulford, Bradley, Colne and Bradley Barnoldswick.

Another consortium then took the next one at 12,000gns, with this being Knock Bantastic from Albert and George Howie. He is sired by Allanfauld Am The Man and out of a Sportsmans Trojan II daughter. Taking shares in this one were, Messrs Clark, Renwick and Wight.

And four buyers then split the first of two at 9,000gns. This was Hexel Blockbuster from Donald and Sarah MacPherson. This Plasucha All Star son is out of a Sportsmans Trojan II sired dam and sold to Messrs McKerrow, Boness, Cullen, Carluke, Gauld, Auchterarder and Jarvie, Crieff.

The other at 9,000gns was Procters Bobby Dazzler from Procters Farm. Sired by Milnbank American Sniper he is out of a dam by Tophill Union Jack and sold with an index of 349, being bought by the MacPhersons for the Hexel flock, having been reserve champion in the pre-sale show.

A pair then made 8,000gns, with the first being Teiglum Bandana from Messrs Clark. He is a son of Ettrick Yom Kippur out of a dam by Knock Yardsman and sold to Sandy Lee for the Fordafourie flock with an index of 387.

The other at this price was another of the Auldhouseburn lambs, this time Auldhouseburn Bacardi. Again sired by Sportsmans A Star he is out of a Castlecairn Vavavoom daughter and was taken by Messrs Sherratt, Shrewsbury.

Topping the shearling prices at 4,000gns was Mershott Amazon from the Gordon Brooke Estate. This Roxburgh Yorkie son is out of a dam by Teiglum Utah and sold to Messrs Robinson, Welshpool, with an index of 402. 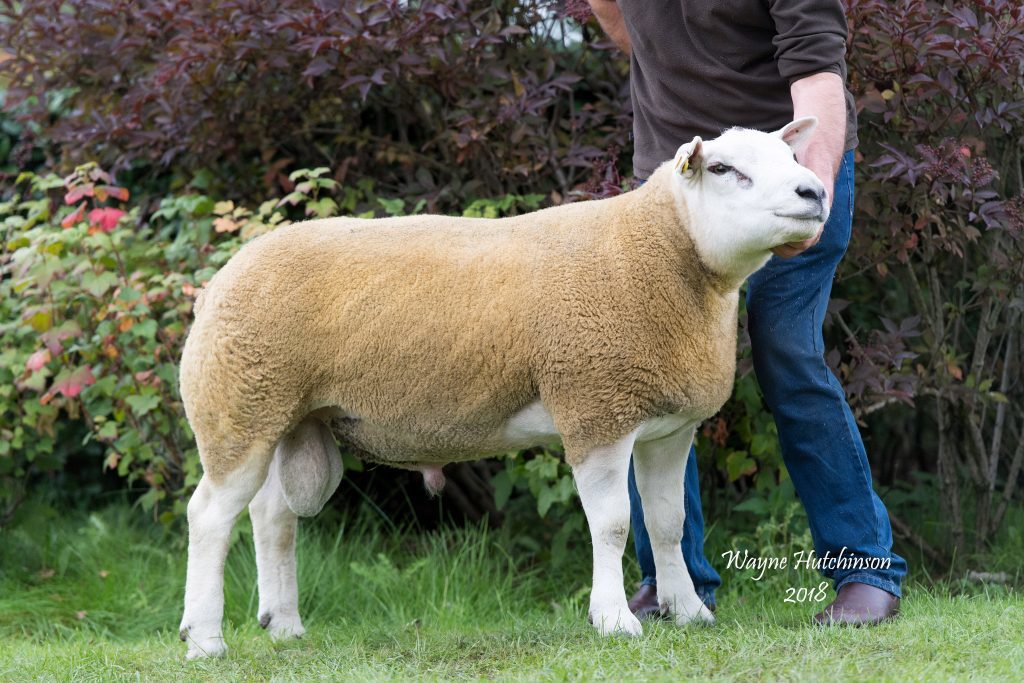 Next up at 3,400gns was Sportsmans Atomic from Boden and Davies. This one is by the 18,000gns Pant Wolf and out of a Knap Vicious Sid daughter. He sold to Messrs Jenkinson Penrith.

The first prize shearling tup from Henry Gamble, Springwell Abu Dhabi then sold at 3,200gns, with this one being by Sportsmans Yogi Bear and was taken by Messrs Myles, Co. Donegal, Eire.

Then at 3,100gns was Peacehay A Star from the Chave family. This is a son of Clarks Wizard out of a dam by Cennen Magnum. He went home with Messrs Smith, Hawick.

Two then sold at 3,000gns, with the first of these being Halbeath Atom from Robin and Caroline Orr. He is by Cambwell Trademark and out of a Milnbank Sound Investment dam. He had been second in the pre-sale show and was another to head to Penrith with Messrs Jenkinson.

The other at this level was Crailloch Agassi from Angus McColm. This son of Procters Wildcard is out of a dam by Teiglum Vanguard and was bought by Messrs Riby, Bridlington.

A 16,000gns call led the females when Robert Forsyth sold FEB1700465 from the Baltier flock. This gimmer is by Milnbank Womaniser and out of a dam by Baltier Rocksolid, being bought by Messrs Teward, Darlington. 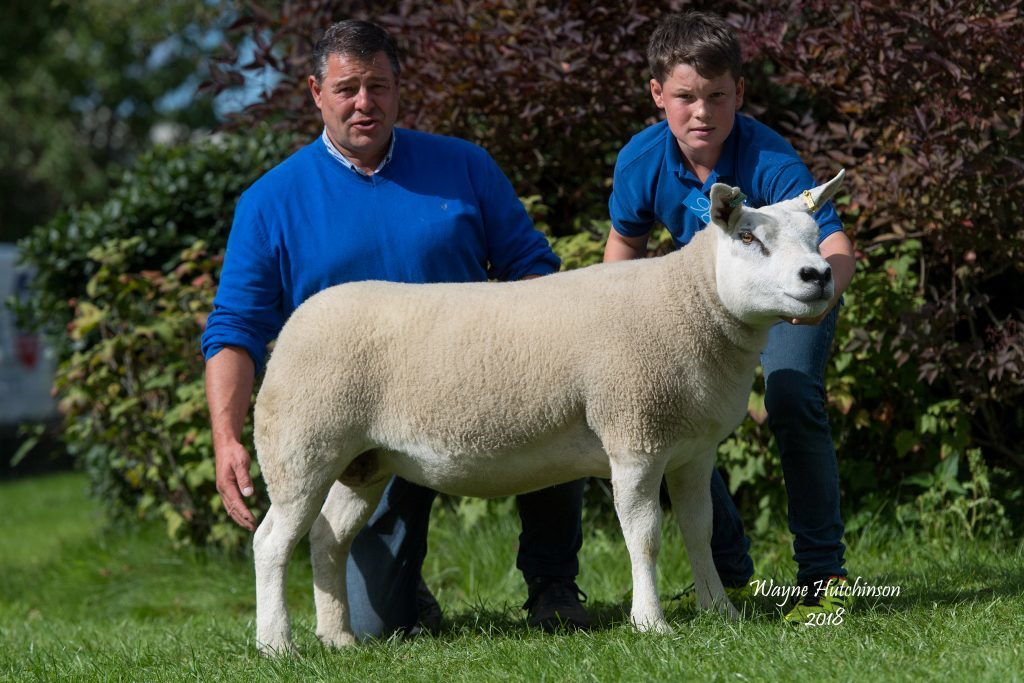 Second best at 6,000gns was an Annan gimmer from Keith Jamieson. This was JKA1700630, a Knock Yardsman daughter out of a dam by Strathbogie Terminator. She sold to Stephen Cobbald, Suffolk.

Then at 4,500gns was another from the Baltier pen, FEB1700469. She’s another by Womaniser and is a full ET sister to the 16,000gns sale topper. Buying her were Messrs Pratt, Peterculter.

And at 4,000gns was BSA1700678 from the Harestone pen of Stuart Barclay. She’s by Haymount Windsor and out of a Strathbogie Terminator daughter, being bought by Greenarch Texels, Cheshire.

Following her at 3,400gns was a Teiglum gimmer from Messrs Clark, CFT1705021. Sired by Fordafourie Young Star she is out of a dam by Ryders Unit and was bought by Messrs Leitch, Co. Tyrone.

And at 3,000gns was another of Robert Forsyth’s Baltier pen. This was FEB1700468, Sportsmans Tremendous II daughter out of a dam by Clougher President. This one found a new home with Archie Hamilton, Lanark. 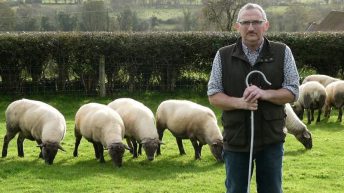