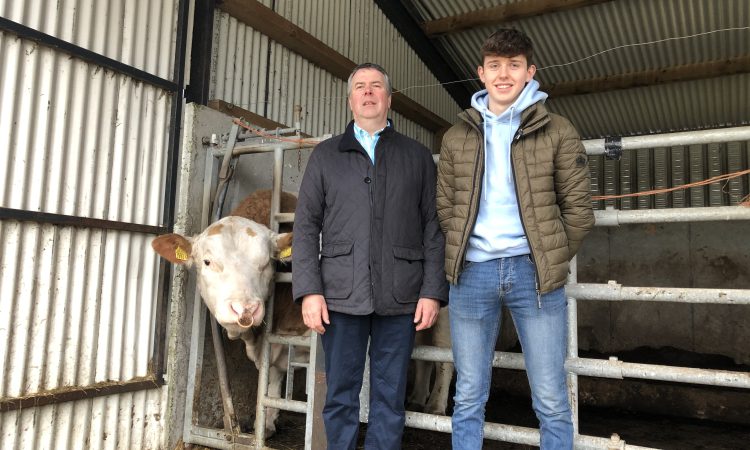 It’s not too often that farmers get an insight into operations at an AI bull stud, especially due to the strict quarantine and biosecurity measures that have to be followed.

Recently, AgriLand was fortunate to speak with Brendan Regan and his son Niall from Coney Island Genetics about operations in their EU-approved semen collection facilities based in Castlerea, Co. Roscommon.

The stud plays host to some well-known AI bulls, along with some new additions for the upcoming breeding season.

Having started off doing AI calls for local farmers after 2001, Brendan got further interested in working with animal genetics and began fertility testing bulls.

It was from this practice that he received the encouragement to develop his own bull stud at his base in Co. Roscommon. He explained:

“I started off just fertility testing bulls and I had a lot of farmers asking me if I could harvest the semen from bulls that I was collecting. I made enquiries with the department and I was told that I would require a licence.

In 2013, I obtained a licence for on-farm collection and for semen collection in the stud following training in France and the UK. The business of Coney Island Genetics began from there really.

“For the first few years, I was collecting semen from privately owned bulls and I was busy doing that. I was then contacted by Dunmasc Genetics to see if I was interested in taking in bulls and collecting from them.

“Dunmasc Genetics are now our partners, so I collect and produce straws from the bulls and Dunmasc take care of the marketing and exporting of the product.”

Putting the business on the map

Brendan was never a stranger to the breeding of pedigree bulls, with his father Patrick being an Angus breeder.

Following in his father’s footsteps, Brendan also operates a small Angus herd under the prefix of ‘Coney Island’.

In fact, it was a bull that Brendan bred which he states really kickstarted the business of collecting semen off bulls. He explained:

I suppose when I started collecting straws off bulls, it was the Angus bull ‘ConeyIsland Legend‘ that put me on the map. He was a son of a stock bull which my father Paddy bought, Tivanagh Baron, who was a very consistent breeder in his day.

“Legend was a popular sire that breeders took a liking to. He was a big success really, his semen has been exported to many countries including the likes of Germany.” 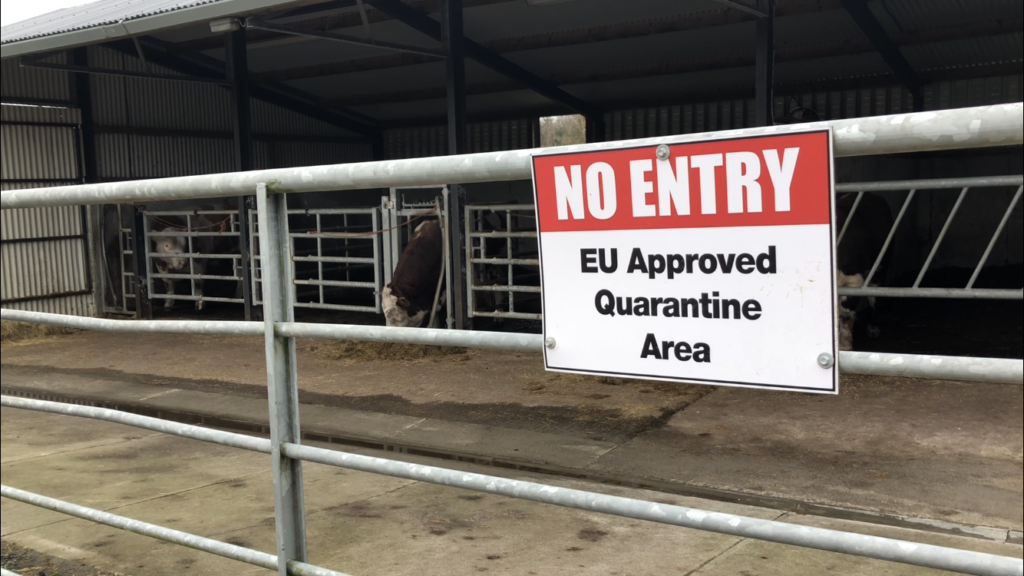 Sourcing bulls for the stud

The sourcing of bulls for the stud is mainly Brendan’s responsibility. Speaking about the criteria when purchasing a bull – it’s not just the physical traits that have to be monitored. He said:

“I suppose I was sourcing a lot of my bulls when I was doing the fertility testing on farms.

I like to look at the bloodlines of the animal and aim to have proven pedigrees in the bulls that I buy.

“I would negotiate with Stephen before I buy a bull in relation to its colour/markings and obviously the bull’s Eurostar ratings.

“Stars have a big role to play in Ireland at the moment when it comes to buying bulls – so it can be disappointing when I see some good bulls that do not have the figures to match.

“They need to have easy calving within their breeding – because a bull with hard calving figures limits the number of customers that are going to buy these straws.” 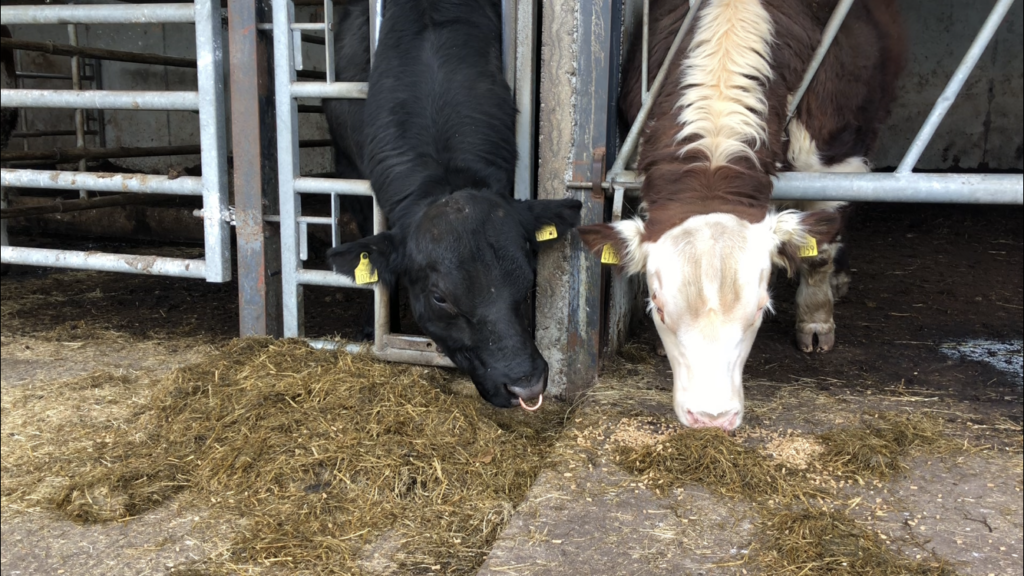 With a wide consumer base to be thinking of when sourcing bulls, the overseas clients’ requirements must also be met from the bulls that Brendan is collecting from. He added:

“The traits we are looking for will vary depending on the market. If we take the Simmental breed for example, in Turkey the customers will prefer a red coloured bull with a white face when it comes to their markings.

“We ship a lot of semen into Turkey and Vietnam; they would be our two main countries but we also source semen to other countries. We export numerous beef breed’s semen to Turkey and mainly Charolais semen to Vietnam.

We are seeing that homozygous polled cattle are becoming very popular, we have recently purchased both Hereford and Simmental bulls that carry these genes.

“Overall in the stud at the minute we have a mix of Hereford, Angus, Simmental, Shorthorn and Charolais.

“We have two bulls, Derryolam Matt and Lismacool Jerome that are also being sold through Eurogene AI.” 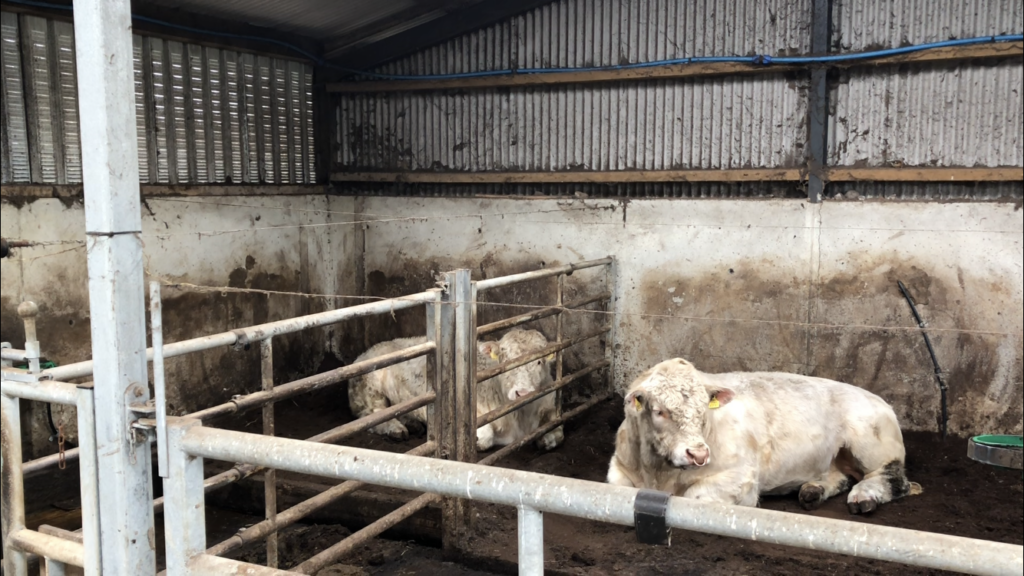 This year Brendan has added new additions to his stud, with bulls coming from all breed categories. He stated:

“One of our most exciting additions to the stud is Drumcrow Savoy, who was purchased for €6,200 at the Elite Angus Sale in Carrick-on-Shannon back in December. He is a Cashelane Lord Jermey son and from the well-known herd of Frank McKiernan in Co. Cavan.

I first saw the bull on Frank’s farm before the sale and he was out of one of the herd’s best cows. I just loved him – he was a standout bull at the sale too.

“There has been a big demand for straws off this bull already so we look forward to releasing his semen in two weeks’ time.”

“We also bought a homozygous polled Hereford bull, Appel 1 Superstar, from John Appelbe’s pedigree herd. Ballyvoneen Oscar is a Charolais bull that we added to the stud in 2019.”

It’s not just a case of bringing a bull into the stud and semen can be collected straight away. Every bull must undergo a step-by-step process.

“When a bull has been purchased he must be quarantined for five to six weeks before they join the stud. They undergo a range of tests such as TB and Brucellosis, Lepto, Johnes, IBR, Bluetongue and BVD and they have three sheet washings.

“John Finnegan, our centre veterinarian from Cloverhill Veterinary, completes all of the inspections and testing for us. When all results are back negative they move up to the main stud for collection.

Depending on the bull, semen can be collected twice a week and some other bulls are jumped once a week.

“The number of straws that you collect can vary from 250 a week to 700 a week –  but every bull is different depending on the breed, fertility, age and quality.

“I purchase all my equipment from IMV technologies in France, they would be the leaders in making the equipment from processing and freezing bull semen.

“We have invested very heavily into getting this equipment but if you want to be producing a quality product you need to be prepared to spend this money.

“In the line of quality control, we use the CASA computer system which will analyse the semen’s mobility and number along with a video image of the sample.

“A lot of the foreign clients are happy that I am able to provide this to them if there ever was a query on a batch of semen. It gives me peace of mind as well.”

One initiative which Brendan was proud to be involved with was the assisting of rare breed societies, by giving breeders more options of bulls to use and aid these breeds in staying populated. He explained:

“I have worked in development programs with the rare breed societies and collected semen from a number of bulls, such as Dexter, Irish Moiled and Bo-Riabhach.

It was a really an initiative based around saving bloodlines, while also giving breeders a choice of some new bulls to introduce into their herds.

“I also do business with the Shorthorn Marketing Company and the Munster Hereford branch. Again, the work is based around aiding breed development and enhancing the options of bulls available to farmers.”

With the expansion of the semen collection and the processing of straws, Brendan has had to move away from fertility testing bulls on farms. This was a role that had seen Brendan travelling all around the country. He explained:

“I have had to move away from completing on-farm fertility testing of bulls because the business is expanding here on the stud and we are increasing our levels of semen exports. I can’t give my time to both unfortunately. 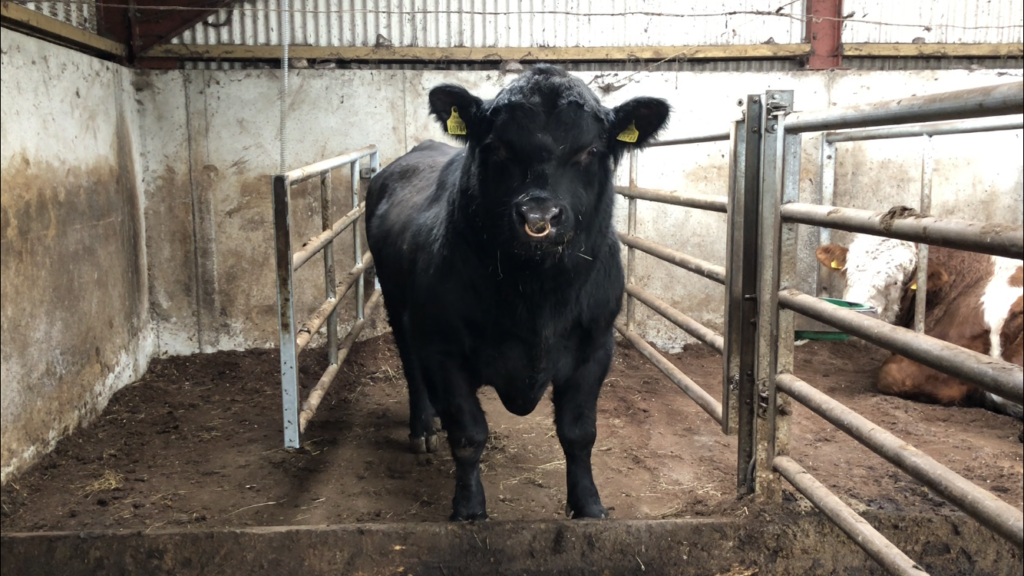 “We are glad to have an excellent employee, James Flanagan – as I still cover the 26 counties for the on-farm semen collection.

“When a farmer is completing this, they must carry out the required tests through their own vet on farms and the semen must be collected from 28 days after the tests have been done.

It’s just a good option for farmers to have if they want to collect straws off a bull that they are selling or as a sort of insurance policy in the event of a stock bull getting injured; it allows bloodlines to be saved.

“Some dairy farmers are getting great use out of this service by collecting straws off their stock bulls.

“Overall, I love working with top quality bulls – I get great satisfaction in providing a quality product for the farmers,” he concluded.