Drivers are advised to "never put claret in yourself - or your tank" by members of the Police Service of Northern Ireland (PSNI) following a series of discoveries of vehicles being driven using marked agricultural diesel.

Members of the PSNI based in Cookstown, Co. Tyrone, highlighted the issue earlier this month on Sunday, March 8 after stopping the driver of a Ford.

The driver in question was tested for both drink driving and "running on red", the use of red agricultural diesel in vehicles not used for agricultural purposes.

The car was subsequently seized by the PSNI with officers adding: "Why should others pay for you?"

Later that same day, the PSNI noted: "Cookstown and Torrent Neighbourhood Teams have been out alongside customs carrying out vehicle checks around Cookstown and Coalisland.

"Seven vehicles taken off the roads for running on red diesel; four commercial and three private," the brief statement said.

In a statement, the officers said: "We came across the driver of this car who tried his best to get away from us, putting his foot to floor when he noticed us coming behind with blue lights on; smoke bellowing from the car as he tried to get away.

The driver may have been in a BMW; however, our Skoda managed to keep up and the male eventually saw sense and stopped.

"The car was found to be running on red diesel, it had no MOT, was untaxed, there were drugs in the car and the driver was not wearing a seat belt. 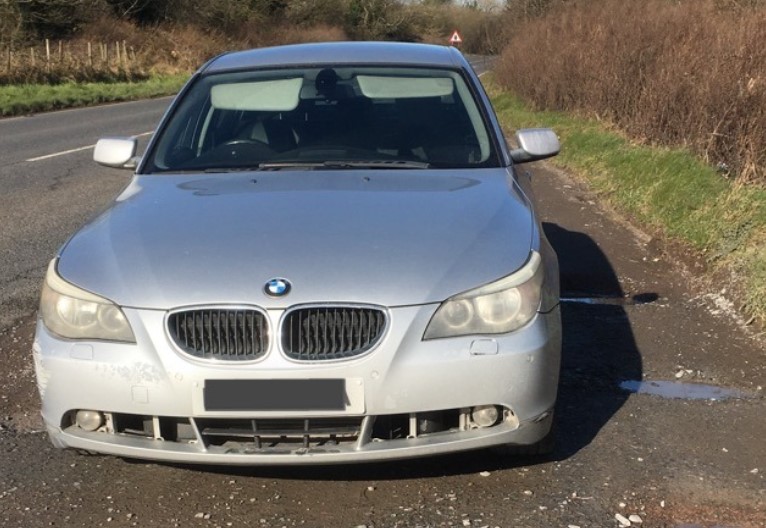 "He was issued with fines, and can expect to pay an even bigger fine to get his car back from customs.

"If we come across dangerous illegal cars, then we’ll take them off the road," the PSNI statement concluded.