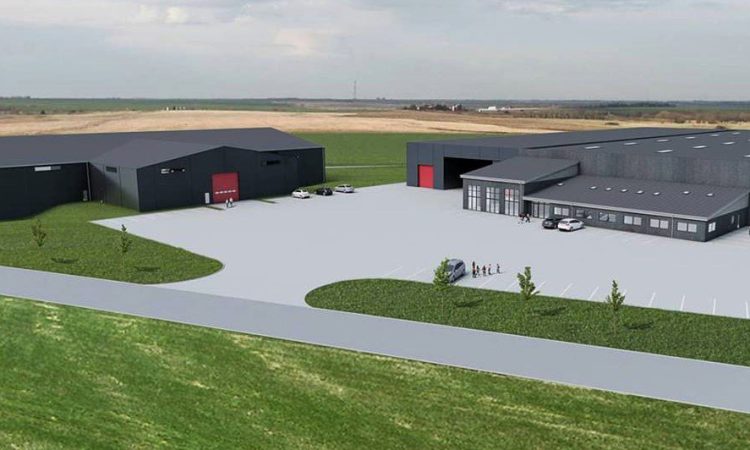 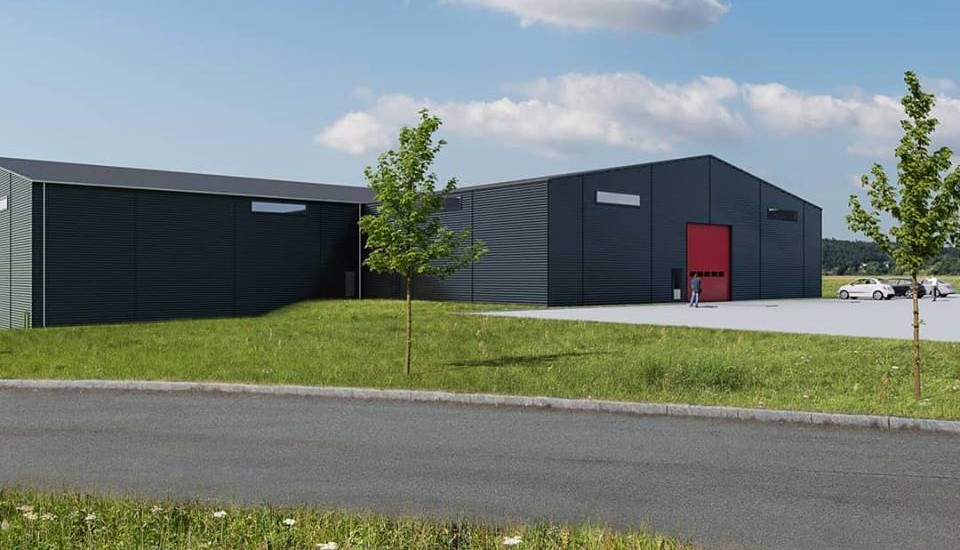 According to Bredal, it will have a test-bay width of 70m. This, presumably, is to enable the facility to comfortably accommodate the widest-working spreaders on the market.

Bredal also says that the facility is “equipped with the most advanced test equipment”. The centre is apparently being built to “further improve the continuous development of Bredal spreaders” and to “test all kinds of different fertilisers on the market”.

The company expects that the new building will be operational in the summer of 2019.

Aside, Bredal has been busy developing new products. Pictured below, for example, is the first K165XE spreader with section control and dynamic weighing. It was recently delivered to a customer in Denmark. 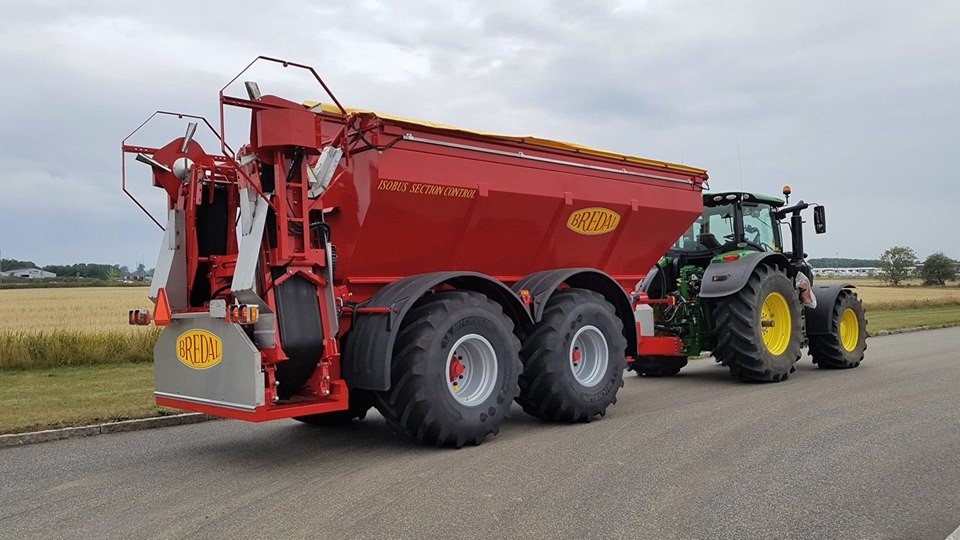 This machine is designed to spread lime up to 30m and fertiliser up to a whopping 48m. That’s thanks to its novel spreading/distribution system, whereby the two discs are mounted on arms that can be positioned out to either side of the machine.

At full stretch, the two discs can be up to 6m apart (centre-to-centre distance). They retract back in for transport on the road.

The discs can shift up to 3t/min. Lime or fertiliser is moved out to the side-mounted discs on conveyors (0.4m-wide rubber belts).

Over in Ireland, Bredal spreaders are imported by Irish firm Atkins. It was present at last month’s National Ploughing Championships in Co. Offaly (in the Irish midlands).

There was a veritable army of Bredal spreaders on its stand; perhaps the most eye-catching was this Fendt-liveried unit (pictured below). 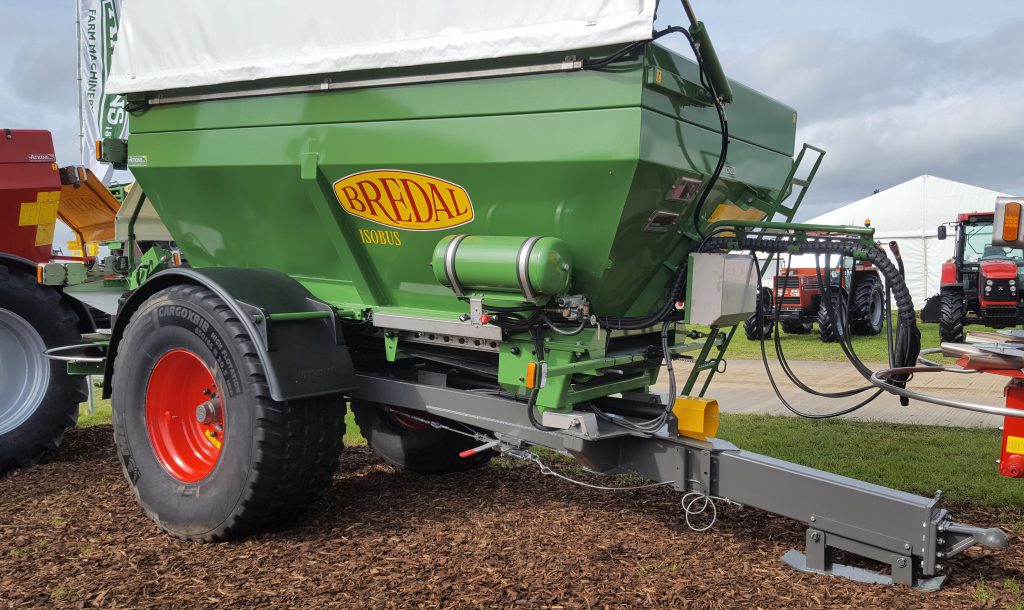 In the meanwhile stay tuned to AgriLand for further updates, relevant to us in the UK and Ireland, from this Danish manufacturer.