Milk volume is no longer the driver of dairy breeding in Northern Ireland, with attention now turning to lifetime productivity and longevity, according to agri-researchers.

World Dairy Summit delegates learned on Friday, November 3, that breeding here had advanced to the point where British and Irish cows are now capable of producing up to 50L a day – something apparently unheard of in some other countries.

However, the chief executive of the Agri-Food Biosciences Institute (AFBI) Dr. Sinclair Mayne warned that there was no point in continuously pushing one trait at the expense of others and said that breeding needed to be sustainable.

He said: “You will see cows today capable of producing 45L and more; so certainly cows already can produce 45-50L and more, under appropriate management. If you have the feed and the genetics they will certainly reach that optimum performance.

“I think the bigger question is – depending on where you are in the world – is it economic?

“We need to understand the environmental footprint of those different systems and then it’s a case of asking which the best for the individual country, and indeed, the individual farm.

“The breeding programmes have changed; historically they were very much focused on production, but now what we are looking at is really lifetime productivity. There’s no point in breeding a cow that will produce 12,000L per lactation and only last two lactations.

“What we need is an animal that will produce a high output of milk over its lifetime, and will have good welfare throughout that and be less prone to disease and metabolic stress.

“It’s really about looking at the lifetime performance of the animal, and making sure that that is sustainable – it’s about a sustainable breeding programme.

It’s not just milk yield, it’s composition; we need fat and protein – high-quality milk – so it’s bringing all of those factors together.

Some delegates at the conference seemed surprised by Northern Irish cows’ high yields.

AFBI’s dairy herd ranks in the top 1% for £PLI (Profitable Lifetime Index) in the UK.

The herd produces 2.6 million litres of milk year – an average yield of 7,600L a year per cow.

Cows are milked twice a day in a 50-unit rotary parlour and could be used in as many as three experiments throughout each lactation.

Throughout the herd as a whole, anywhere between three and six experiments could be underway at any one time. 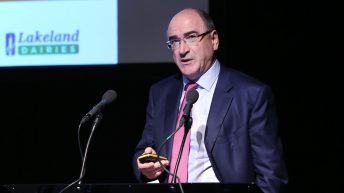 Butter bubble: ‘If someone wanted to lock in a contract at €7,000 we’ll have a celebration’ 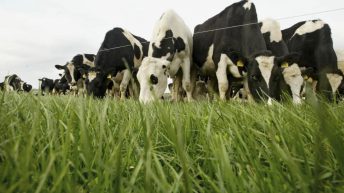 World Dairy Summit: Poor grass management could be costing you £241 a cow