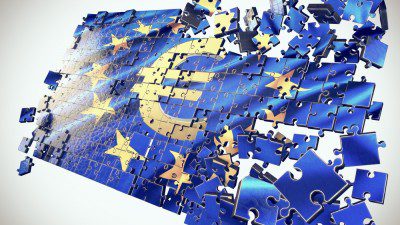 A British secretary of State document presented to Westminster has publicly aired concerns about the impact of Brexit on Northern Ireland and on farming in the UK.

The document was presented to Parliament by the Secretary of State for Foreign and Commonwealth Affairs, Philip Hammond MP and says the UK’s withdrawal from the EU would have a serious impact on UK farmers.

“In addition to the impact of withdrawing from the EU’s Common Agricultural Policy and associated subsidy schemes, they would also lose their preferential access to the European market if the UK left the EU without a successor arrangement in place.

“The EU imposes an average tariff of 14% on agricultural imports from non-EU countries (including countries that have their own special trading deals with the EU, like Norway and Switzerland), with higher rates on individual items, such as dairy products (average of 36%).”

The paper also states that UK farmers would no longer be able to benefit from preferential access to non-EU countries secured by the EU under trade agreements.

The future of support payments from the EU and the impact a possible Brexit would have on markets were on the agenda at the National Farmers’ Union (NFU ) Conference on February 23.

The NFU is currently working with a leading agricultural research institute from the Netherlands, LEI Wageningen, to model the potential impact of a Brexit under three separate trading scenarios.

Northern Ireland would be confronted with difficult issues about the relationship with Ireland, according to the Sectary’s document.

“Outside the EU’s Customs Union, it would be necessary to impose customs checks on the movement of goods across the border. Questions would also need to be answered about the Common Travel Area which covers the movement of people.

“This could have an impact on cross-border co-operation and trade. The withdrawal of structural funds, which have helped address economic challenges, would also have an impact.”

The paper also says the terms of exit would be significant for the people of Northern Ireland, and citizens
of Ireland who live in, visit or work in the UK.

“There could be implications for the border and for cross-border trade and co-operation, which has helped strengthen relations between Northern Ireland and Ireland in recent years.”

The Uncharted Territory of Article 50

“But the process is unprecedented,” the document says. “No country has ever used Article 50 – it is untested. There is a great deal of uncertainty about how it would work.”

“The withdrawal agreement would also require the consent of the European Parliament. Uncertainty during the negotiating period could have an impact on financial markets, investment and the value of the pound, and as a consequence on the wider economy and jobs,” the document says.

“It is therefore probable that it would take an extended period to negotiate first our exit from the EU, secondly our future arrangements with the EU, and thirdly our trade deals with countries outside of the EU, on any terms that would be acceptable to the UK”

It concludes by saying a vote to leave the EU would be the start, not the end, of a process that “would begin a period of uncertainty, of unknown length, and an unpredictable outcome.”