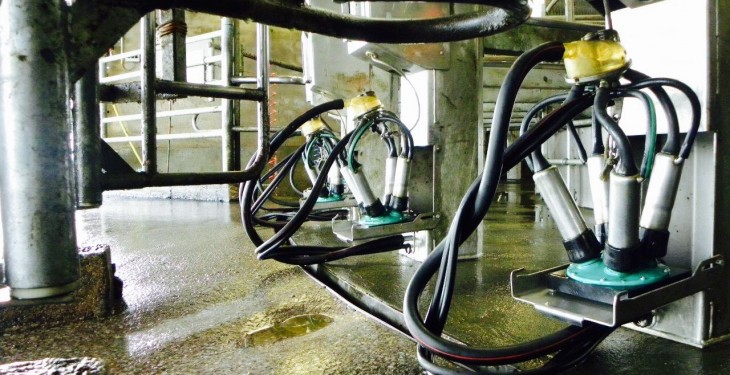 Milk prices below many farmers the cost of production are starting to hit British milk supplies, according to latest figures from the AHDB.

British production figures for January are put at 1,038m litres, up 28m litres (2.8%) on January last year. The AHDB highlights that this is the smallest year-on-year rise for 4 months, and significantly lower than the 5.5% rise recorded in December.

However, it says the overall monthly figures, don’t tell the full story.

Up until last week, milk production in Britain had fallen by 1.5% since the start of 2016, according to the AHDB figures.

It says this is equivalent to a reduction of 500,000 litres per day.

This is a significant figure as milk production normally increases between the start of January and the end of February in Britain, albeit slowly.

In fact, the AHDB says production hasn’t fallen in Britain during that period for the last 6 years, on average increasing by 2.4%.

Why is production falling?

In terms of cow numbers, the last British census numbers available are from June 2015 at that time the dairy herd was the largest it had been for seven years, and replacements appeared to be plentiful, according to the ADHB.

Those looking to remove cows from the system are not being helped by cull cow prices running 10% down on last year, it says although up compared with the prices achieved in November and December.

So, at the moment, there are no signs that the drop in milk production is a result of fewer cows.

That turns us to yield.

According to the AHDB, farmers should be scrutinising every input to determine whether the additional cost is worth paying compared with the value of the extra milk.

It says with feed being one of the key input costs, it is likely farmers have reacted to the low milk prices by cutting back on feed, and yields have dropped as a result.