Home » N.Ireland » North’s incentivisation scheme for the removal of BVD-infected calves to close

The incentivisation scheme in Northern Ireland – aimed at the removal of animals persistently infected by BVD – is soon set to draw to a close, according to the Department of Agriculture, Environment and Rural Affairs (DAERA).

Forming part of a £4 million (€4.5 million) package of support for local farmers, the scheme – which opened in February 2017 – was provided under EU Exceptional Adjustment Aid (EAA).

Herd keepers have been encouraged to make any outstanding claims for eligible animals to the Livestock and Meat Commission (LMC) as soon as possible, as the funding available under the EAA package will terminate at the end of this month (September 30).

In order to be eligible for payment under this scheme, the death of the animal must be recorded on APHIS or MC1 stamped by DAERA by September 30.

These claims must also be submitted to the LMC within two weeks of the death of the animal being recorded, the department added.

Herd keepers must have fully complied with the requirements of the BVD Eradication Scheme Order (Northern Ireland) 2016 and ensure that each animal meets a list of requirements in order for them to be eligible for payment.

To receive a payment, the animal must have had its birth recorded on APHIS and it must have tested positive for the presence of the BVD virus.

An animal must also not have been moved from the farm on which it was born and is required to have been humanely destroyed, according to DAERA.

Only animals which meet these requirements on or after February 1 of this year will be eligible for payment, the department concluded. 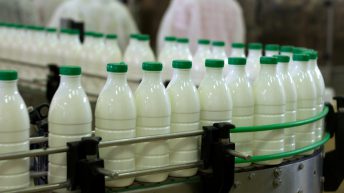 Dairy industry to pool resources in event of ‘hard’ Brexit