Edwards, 27, co-runs Littlers Butchers in Hartford near Northwich, and said he was surprised to be crowned UK champoion.

“It was a nice surprise because I wasn’t expecting it,” he said.

“I thought I would be in the race for third place, to be honest, because all the finalists did really well. When it was announced that Ben Roberts was third, I thought that was it, I hadn’t won a medal.

Certain things didn’t go as I would have liked in the final, but luckily it didn’t matter in the end. When I competed in the final in 2019, I won a bronze medal just 18 months into my Level 2 apprenticeship at Reaseheath College.

“Since then, I have been promoted to co-run the shop where I work and I have gained a lot more experience, including being given the creative rein to come up with new products.

“The only thing I did differently to the other finalists was to select rump muscle instead of the silverside for my display. I chose the rump because there are so many products that can be produced from the muscle and I focused on colour and cookability. Everything in my display could be cooked for the intended purpose.” 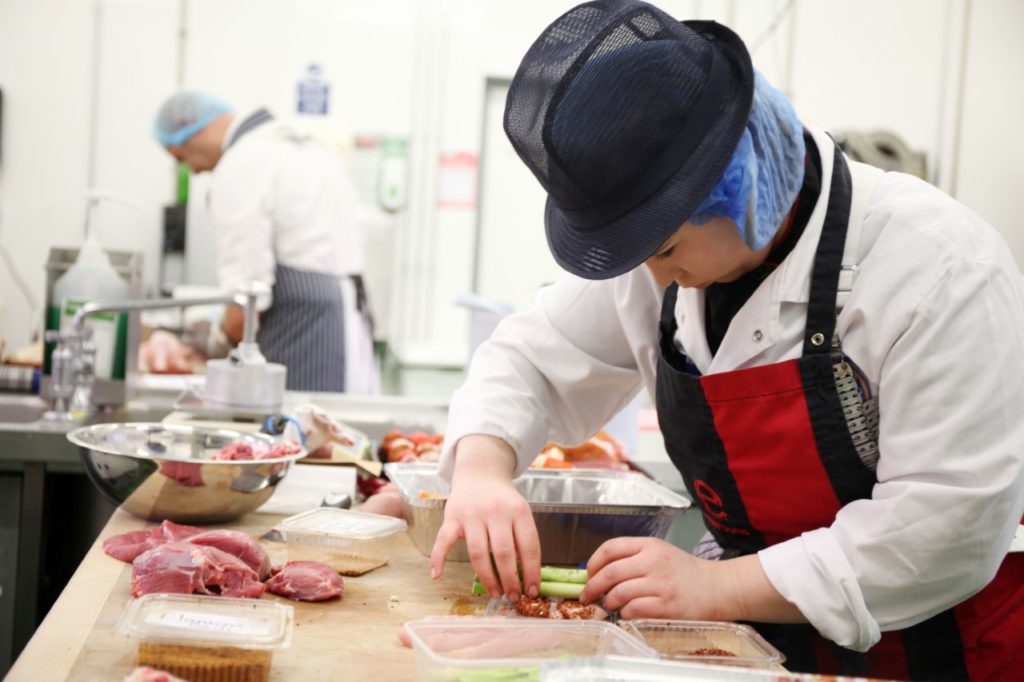 The butchery competition focused on the essential skills required for a successful career as a multi-skilled butcher within the food manufacturing industry. Butchers were tested for overall skill, innovation, creativity, presentation, work ethic, method and approach to tasks, carcass and primal utilisation, waste and safe and hygienic working practice.

Chris Jones, head of Cambrian Training’s food and drink business unit (organiser of the competition), said: “It was probably the closest final we have had, with the positions changing quite a few times on the last day. Preparation and planning won the day for Jason.

“Whilst congratulations go to the medal winners, it was great to see Codie-Jo running them so close. Special thanks go to Reaseheath College for hosting the final this year.”