The farming recession of the late 1980s saw much consolidation, re-organisation and, unfortunately, many closures within the agricultural machinery business.

One name that eventually became a casualty was Hesston - a company that was well known and respected for its harvesting equipment.

Hesston had found itself fully in the ownership of Fiatagri in 1987. 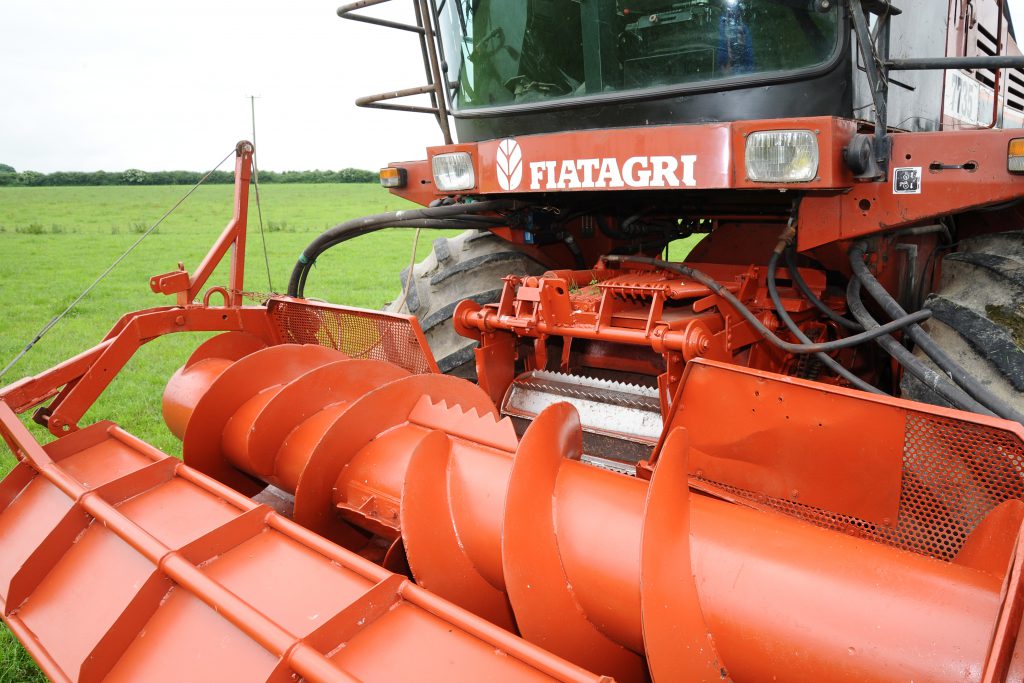 Fiat had already taken a stake in the company and used it to channel sales of its tractors into the American market from the late 1970s onwards.

When the Italians finally purchased the rest of the business it placed it under the Fiatagri umbrella - a division formed to manage the agricultural side of the empire.

Another part of that empire was the Braud combine harvester factory at Coex in the west of France; it was to there that the manufacture of forage harvesters was transferred in the early 1980s.

The first Hesston self-propelled forage harvester built in France was the 7730, which was designed in America by former Field Queen engineers but put into production in Europe - it was not a great success.

However, the following machines were more conventional; two of the better-known models here in Ireland are the 7725 and 7735. 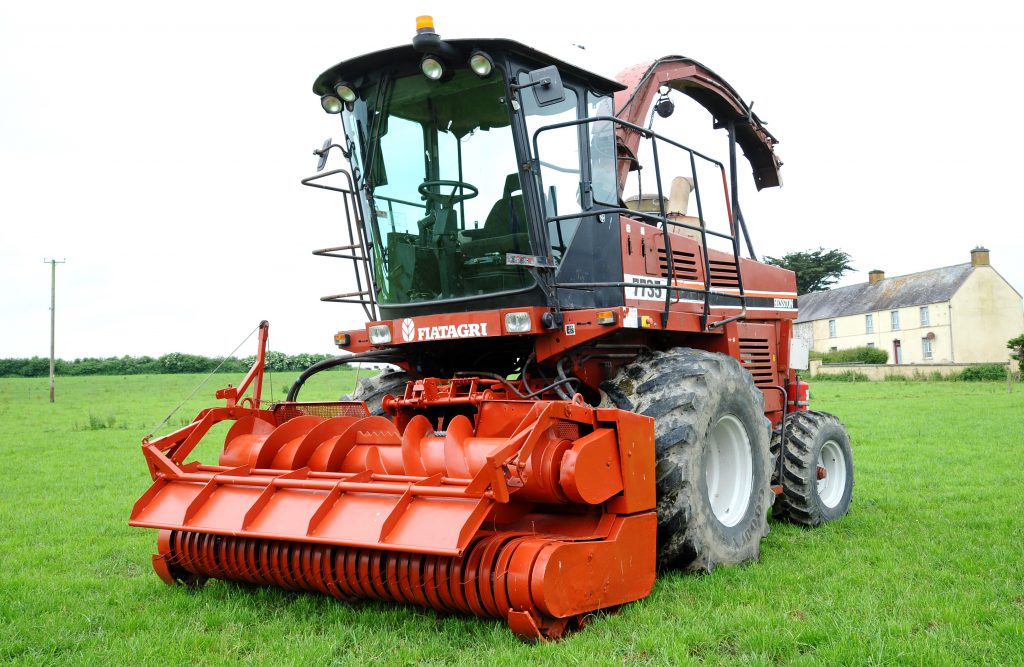 Fiat generally has something of a mixed reputation (depending, of course, on who you talk to); its farm machinery is no different. Yet, it is highly successful in this sector. Many of its products endured not only the critics but also the test of time.

One such machine that has lasted the years is a 7735. It belongs to Gareth McCarthy of Castleisland, Co. Kerry. 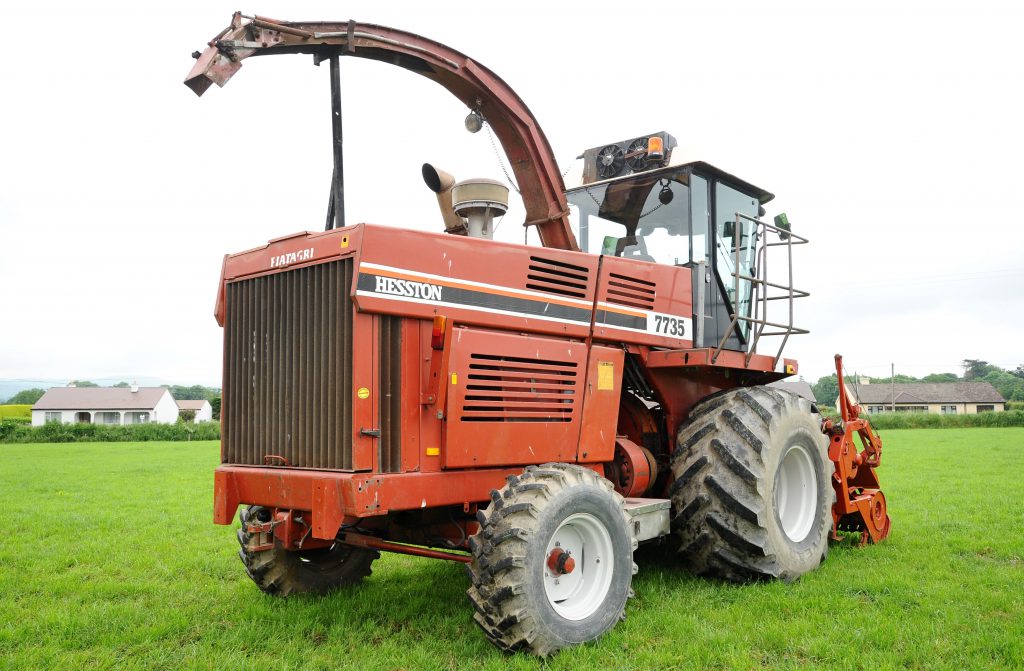 Manufactured in August 1991, it first went to Germany before being sold on to the UK. Eventually it was bought by a contractor in Co. Wexford, who appeared to be unhappy with its performance. Indeed, it's possible that all of its previous owners were disenchanted due to the engine being limited to just 1,900rpm. 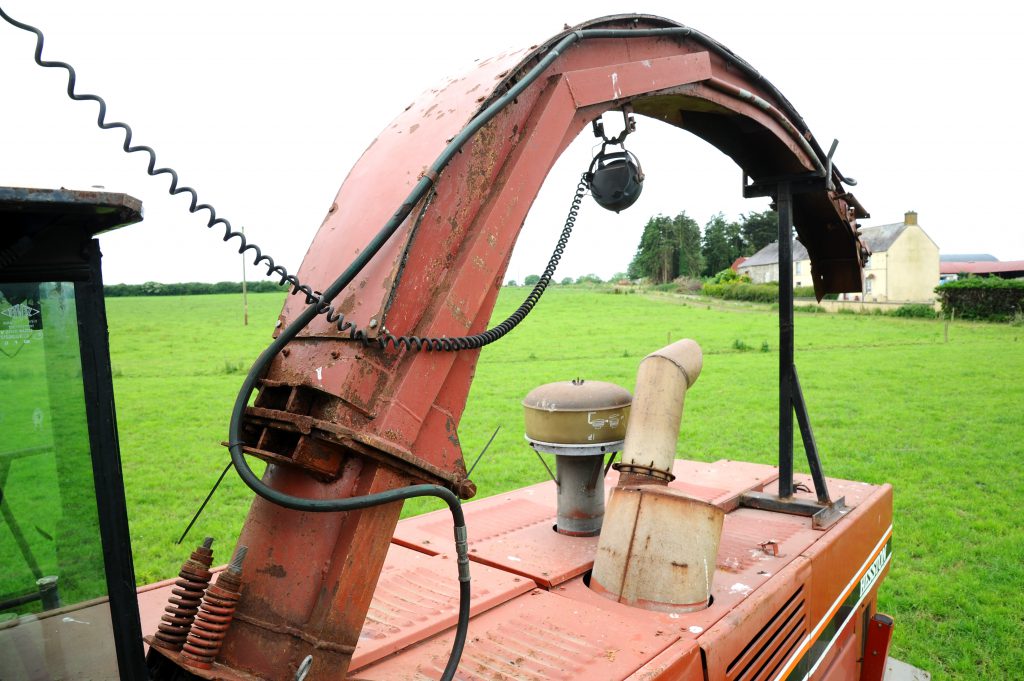 Having purchased the harvester for his contracting business, Gareth had the engine opened up to 2,300rpm - transforming it into a useful tool. This was several seasons ago and the six-cylinder Iveco unit has not faltered since.

It was originally rated at 430hp but whether or not it actually delivers this is not known. Yet, it still purrs as all good six-cylinder diesels should. It has not given a spot of bother during its time in Gareth's hands. 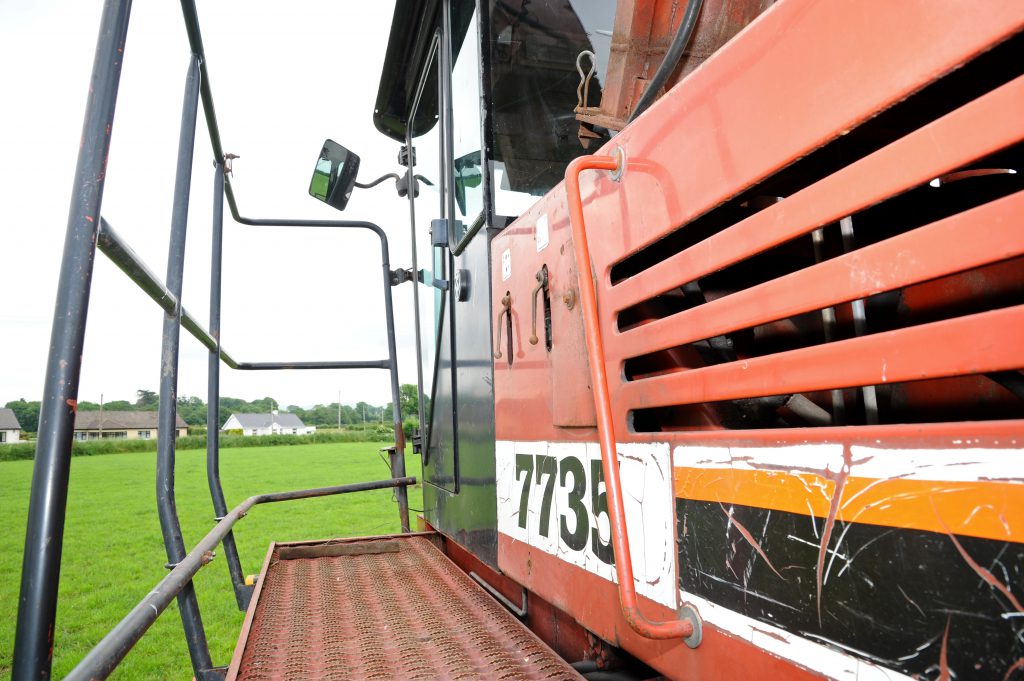 Despite its output it is not a complex machine. The big engine sits at the back and drives the blower via a belt and the chopper mechanism by shaft. The side panels can be removed to expose the chamber where all of this happens; everything looks very accessible. 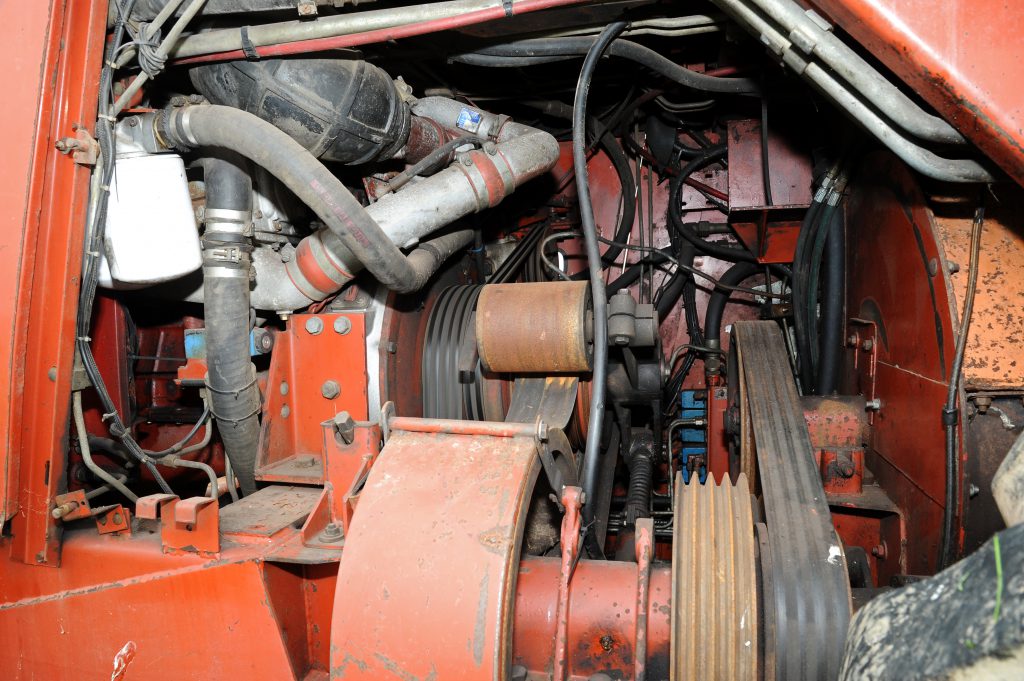 Gareth reckons on half-an-hour to change a drive-belt - whereas it could take half-a-day on the Hesston 7725 he owned previously. The front wheels are driven hydrostatically, which works well in a 2WD configuration but can prove troublesome when applied to both axles.

With ease of use in mind the 7735 had a rapidly-detachable pick-up (header) and chopping mechanism. 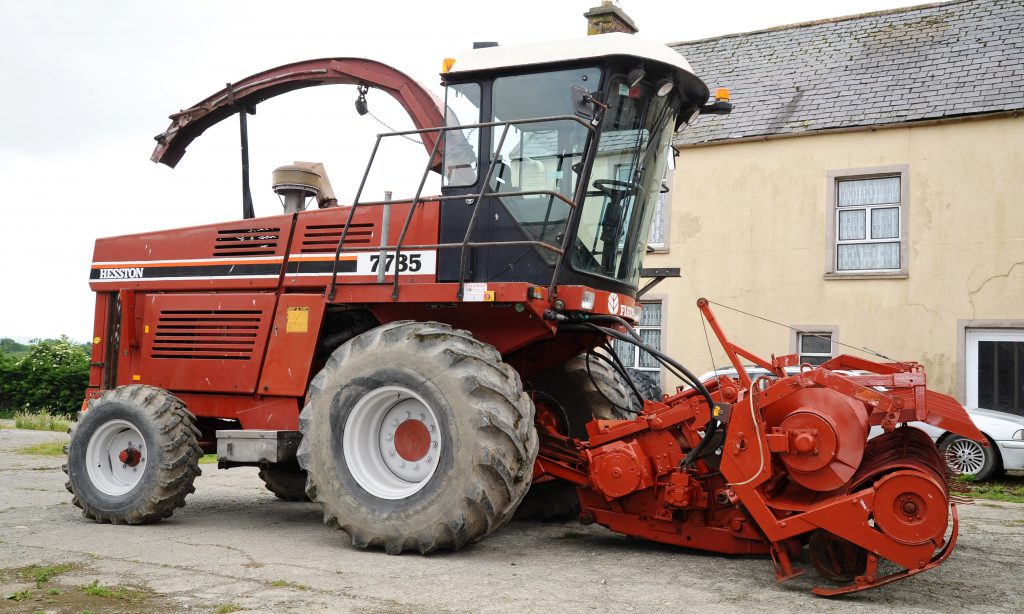 This was combined in one unit and could be dropped off in less than a minute - giving excellent access to not only the drum but also the (flywheel) blower for maintenance and clearing blockages. 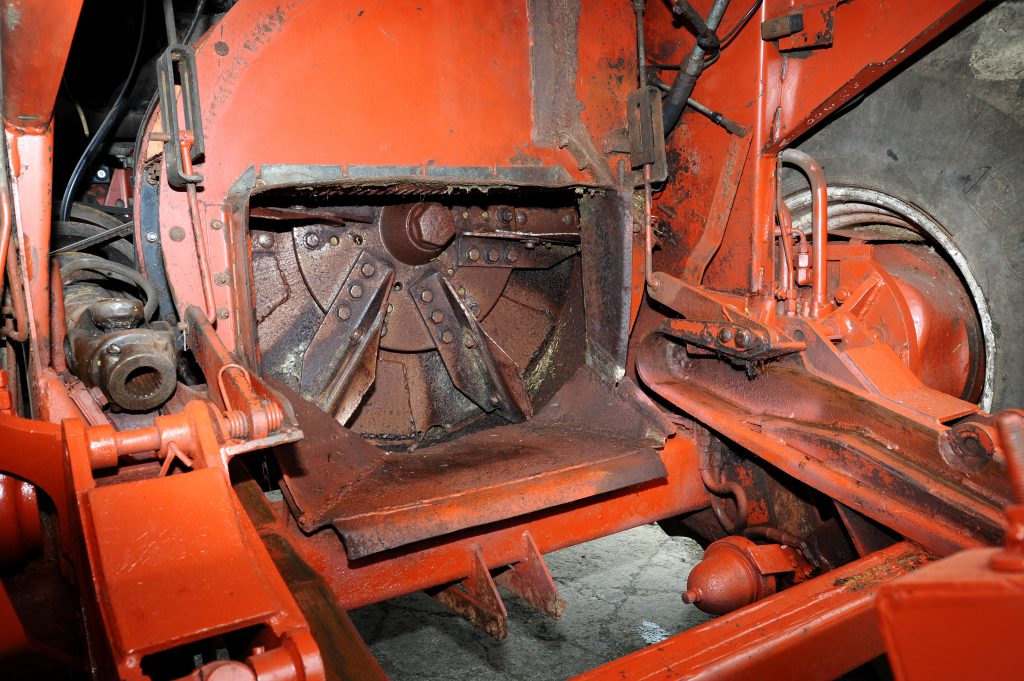 Although this feature was carried over from the Field Queen design it is interesting to note that early Braud combines could also be separated easily into three parts - header, engine/controls and threshing unit. 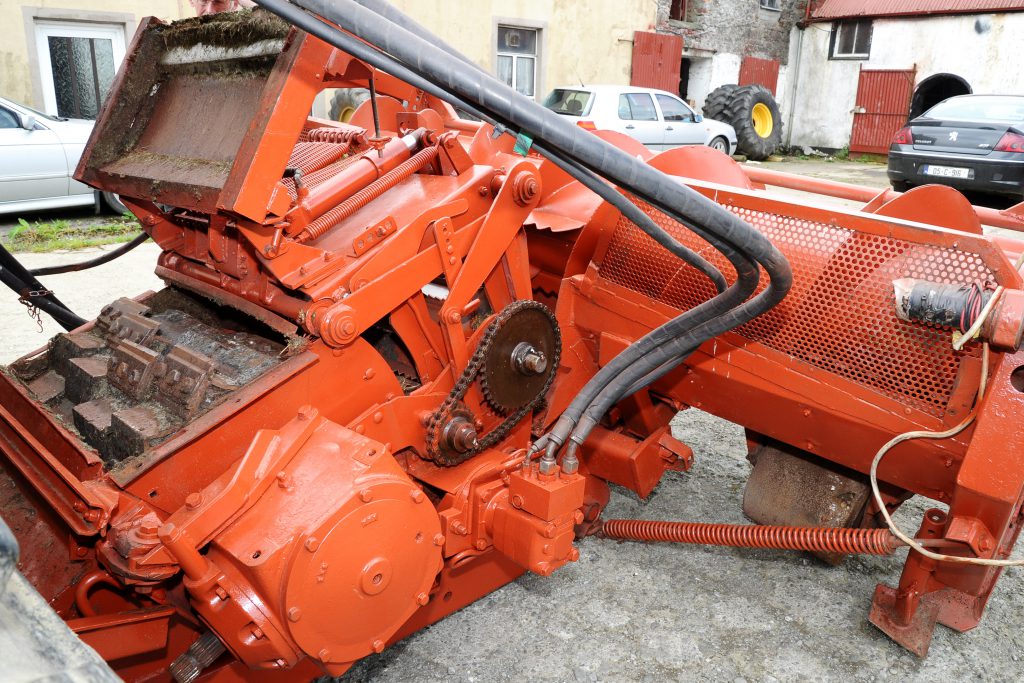 Another task that Gareth set himself was to change the drum from a six-bladed unit to a john Deere multi-chop item. He would not be the first to take this path, but it does take some engineering to complete - as the shafts have to be swapped over and new end-plates fabricated.

As well as providing greater protection against stone damage it gives a smoother crop-flow - ensuring a higher work-rate in the field. 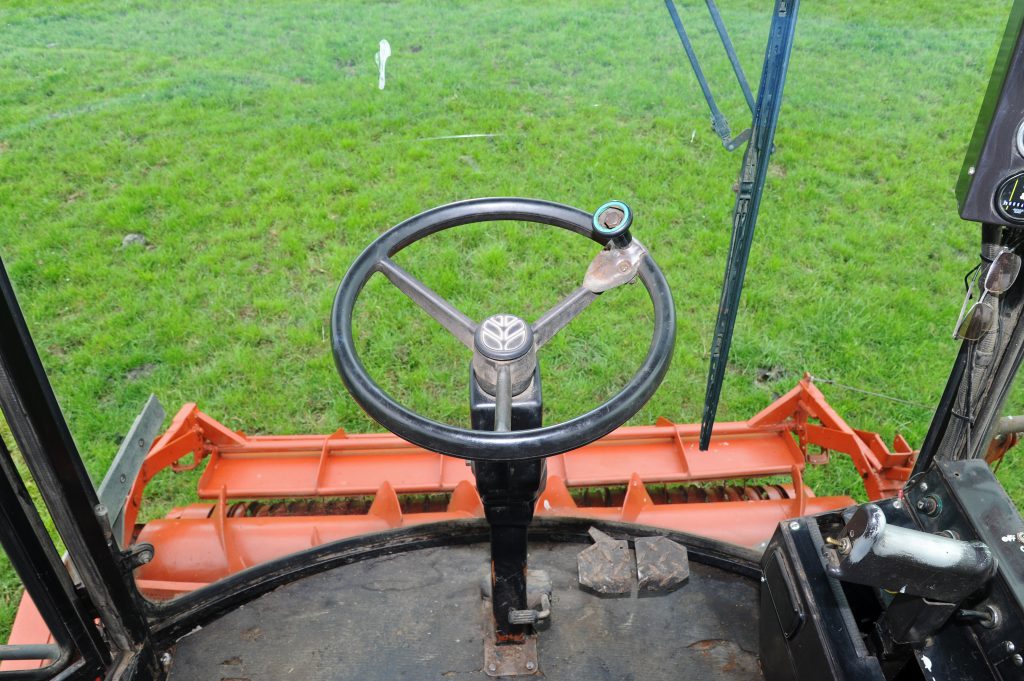 Simplicity is also the key inside the cab. A steering wheel and two pedals are the only items between the driver and the windscreen, while the rest of the controls are big and chunky. They sit beside the seat with no dizzying array of screens or lights to distract from the task in hand. 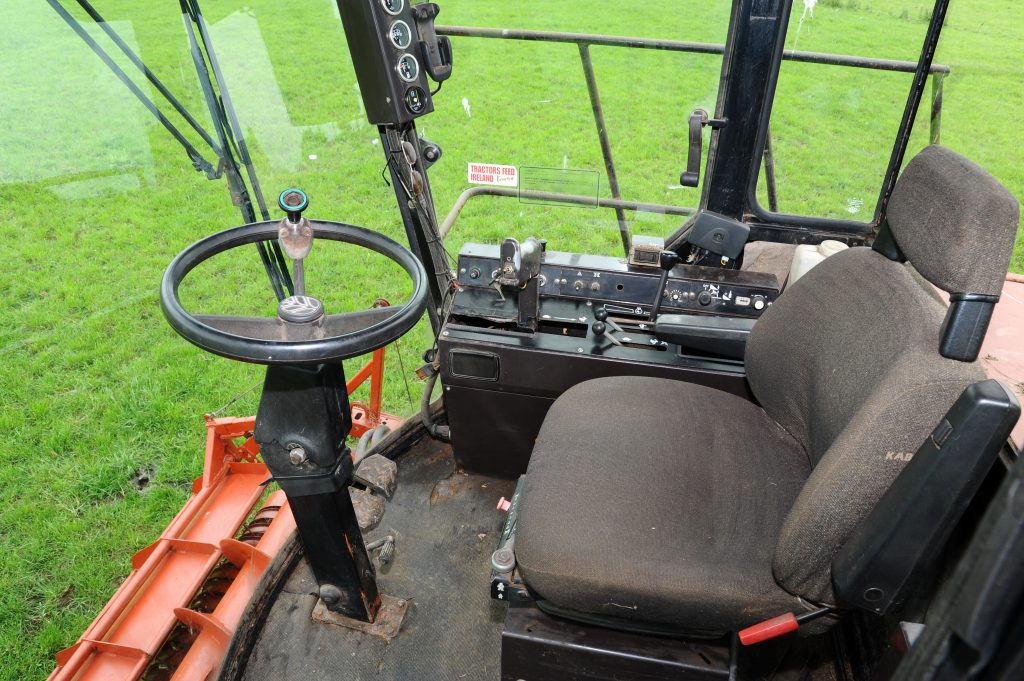 It is rare to have machines of this size and capacity to carry such little complexity. Therein lies its attraction; it just gets on with what it's meant to do. 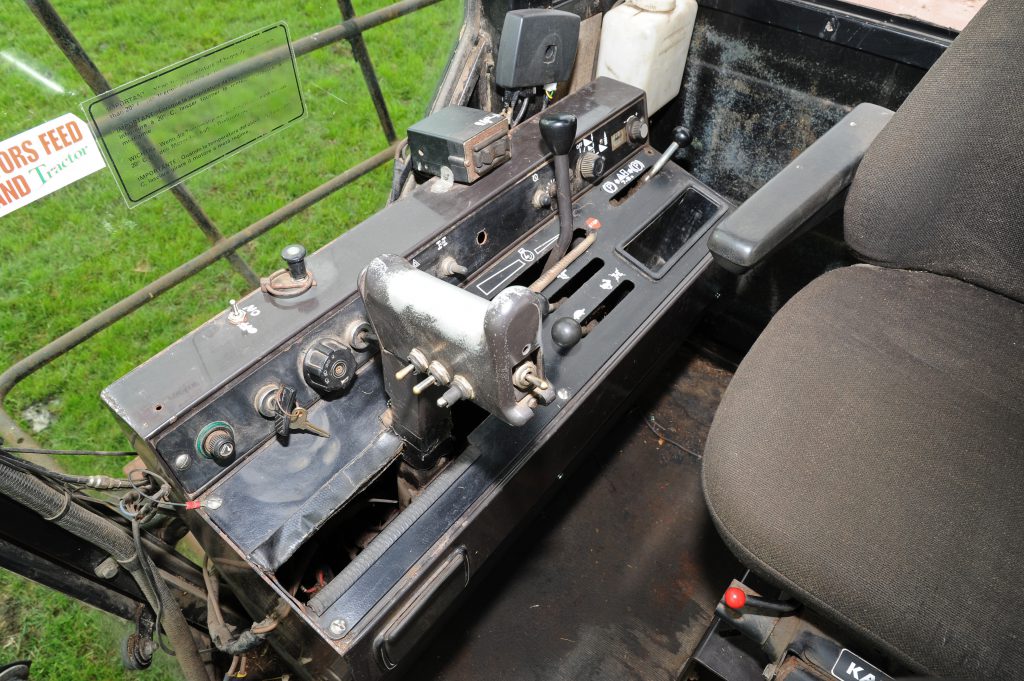 What it is meant to do is chop grass, but Gareth no longer undertakes silaging as part of his business. The machine is now up for sale - at around €12,000. 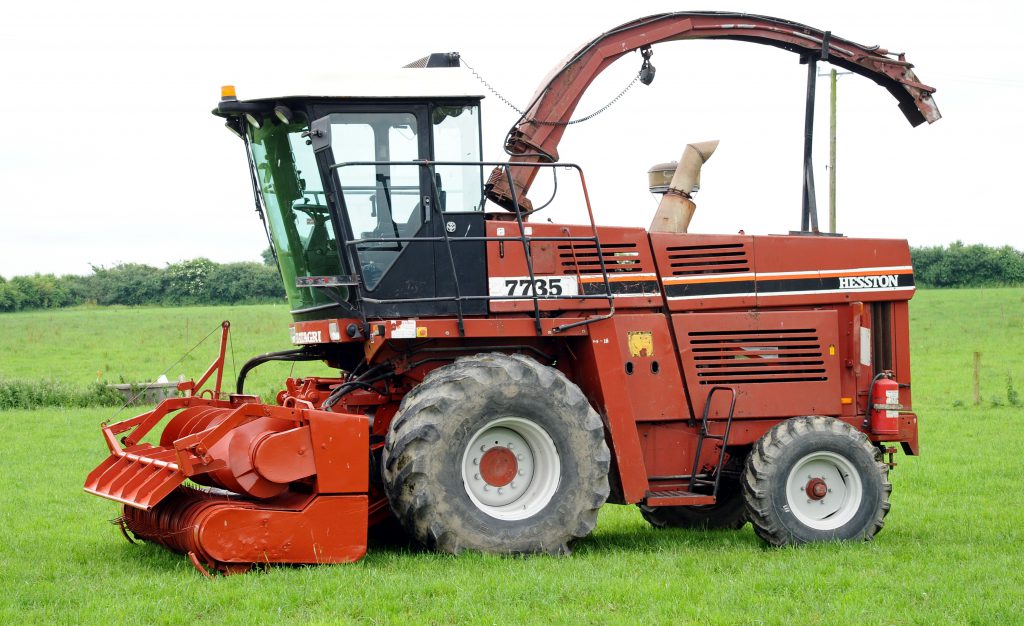 Although it might no longer be up to the standards of modern contractors' machines, Gareth believes that a large dairy farm will get plenty of use from it - for a long time yet. 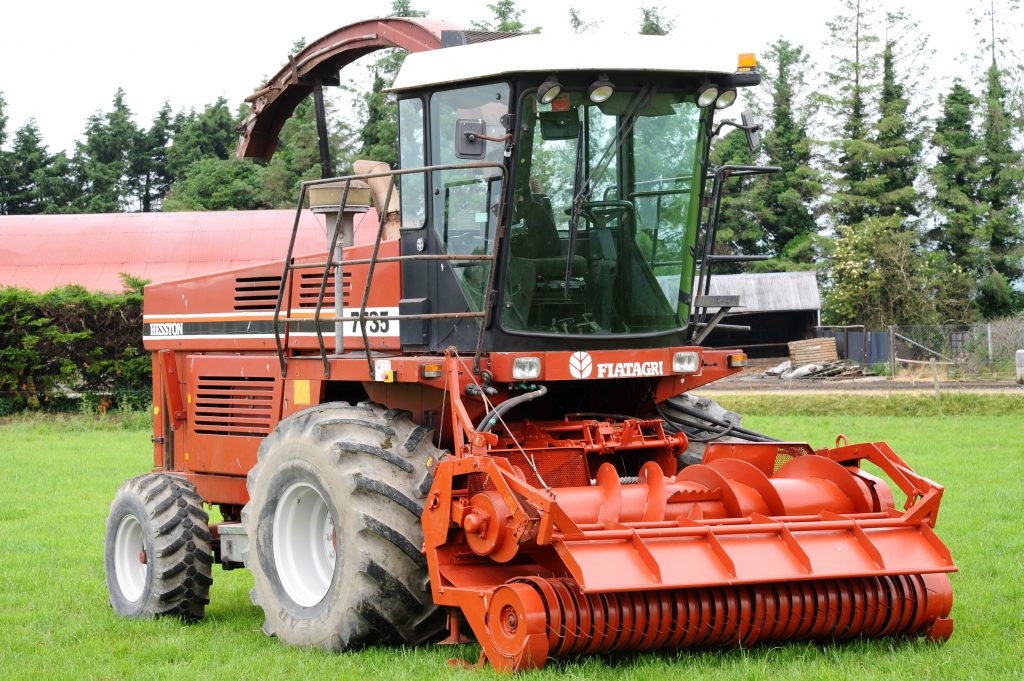