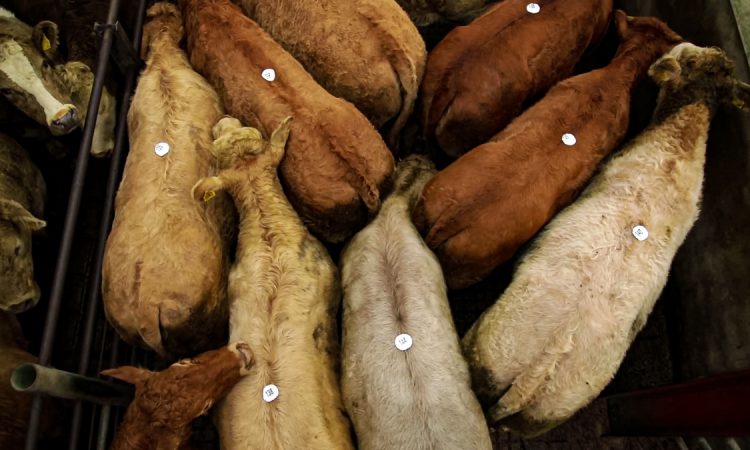 Aiming for net-zero by 2045 could result in the loss of 13,000 farming jobs in Northern Ireland at a cost of £11 billion, an independent report has warned.

Net-zero by 2045 is a proposal put forward as part of the Private Member’s Climate Change Bill.

The study was commissioned by stakeholders in the agri-food industry as the bill gave no indication of how its proposals would impact the Northern Ireland economy or society; however, was carried out independently by consultants at KPMG.

Writing in the report’s forward, KPMG partner Russell Smyth stated: “Drawing on the best available data from the UK Committee on Climate Change, DAERA, NISRA and through consultation with sector experts, we have completed an impact assessment of the Private Member’s Bill on the agricultural sector using two scenarios: Baseline and PMB.”

The report acknowledges that Northern Ireland’s agricultural industry is a significant contributor to the region’s carbon emissions but adds that it is also recognised as one of the hardest sectors of the economy to decarbonise.

The report considers the impacts of the agriculture-specific mitigation measures modelled within the CCC’s ‘Tailwinds’ scenario. Under the CCC Tailwinds scenario, Northern Ireland would achieve a reduction in emissions of 94% by 2050.

However, the CCC itself noted that such a target would require the implementation of stringent mitigation measures, including a significant reduction in meat and dairy consumption, and cautioned against such a target, instead recommending an 82% reduction by 2050.

While the Private Member’s Bill is clear in setting out a net-zero target by 2045, it does not indicate the scale and magnitude of actions required for each sector of the economy.

Therefore, in order to assess the impact of the Private Member’s Bill on the industry, KPMG based its assumptions on the measures outlined in the utilised this Tailwind scenario, and scaled these up to achieve a 100% carbon reduction, and then accelerated the proposals to meet the target five years earlier, in 2045.

As a result, it was found that in order to meet Northern Ireland net-zero by 2045, Northern Ireland’s agricultural emissions would need to reduce by 81%. All projections in the report are, therefore, based upon this level of reduction.

Based on CCC data, mitigation measures and innovation is expected only to provide only a modest reduction in agricultural emissions, with the majority (92%) of the required reduction arising from dramatic cuts in herd numbers.

The report states the different sectors within the agricultural industry are likely to be affected to varying degrees, but estimates that herd numbers would fall by between 11% and 86%.

“The viability of the beef, dairy and sheep sectors are the most at risk from herd reductions, while the pig and poultry sectors are likely to be relatively less impacted,” it explains.

While the report focuses on the livestock sectors, its expected reductions in demand for feed and straw will also have a knock-on effect on arable farmers.

“There may be some opportunities for horticulture to expand, but these will be limited by land type,” it adds.

The ramifications extend further when the reduction in the sector’s capital investment activities, as well as the knock-on impact of herd reductions on abattoirs and food processors is considered.

Overall, it estimates herd reductions could lead to a 54% decrease in total employment, resulting in the loss of 13,000 jobs.

The report warns the small and very small farming, which currently make up 97% of beef and sheep farms in NI, are the most likely to be affected.

“It is likely with the reduction in herds that these small farms will consolidate to try and achieve economies of scale. Farms located in less-favoured areas will be likely to be the most impacted farm-type,” the report reads.

It estimates the number of farms will fall across almost all sectors. It projects:

Even the pig and poultry sector, which is expected to be less impacted due to its lower emissions, is expected to see an 11% fall in the number of farms compared to 2020.

Economic cost of the Climate Bill

The direct and indirect economic output of the remaining farms is also expected to fall as a result of the Climate Bill’s net-zero target.

The beef sector’s total economic output is expected to fall by 64%, from £583 million in 2021 to £210 million in 2045, with a warning that the ‘multiplier impact’ of this fall across the rest of the agri-food chain is likely to be significant.

The report warns that if consumer demand does not change, NI would be forced to import dairy-based products from countries with less carbon-efficient dairy sectors.

“Effectively, this would equate to exporting carbon emissions while reducing economic output in the dairy sector,” it states.

“As the sheep sector is more prevalent in areas with marginal land and, typically, relatively lower household incomes, the impact of reduced economic output may be relatively large in these areas,” it adds.

Pig and poultry farm gate output is approximately £255 million and £627 respectively. The two sectors are expected to see economic output fall by 16% to £215 million and 8% to £578 million.