Home » Agri-Business » Climate Bill: ‘We’ve been accused of scaremongering but the facts speak for themselves’

Climate Bill: ‘We’ve been accused of scaremongering but the facts speak for themselves’ 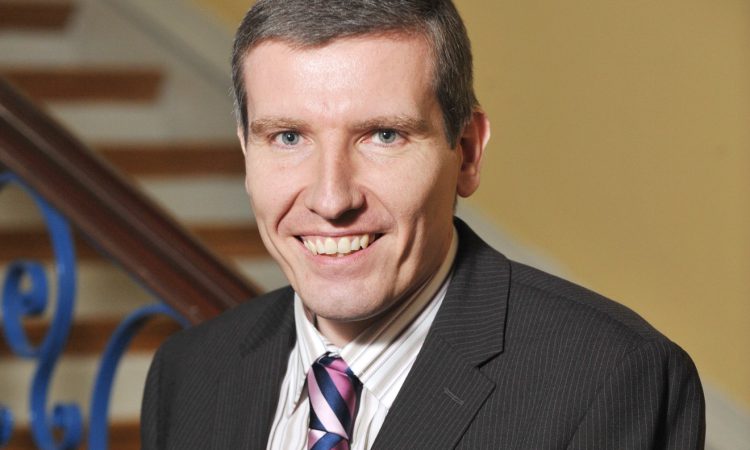 Agricultural leaders have stood by their stark warnings about Northern Ireland’s Climate Change Bill after an independent report has found the bill’s net-zero target could cost the industry 13,000 jobs and £11 billion.

The KPMG report found the bill’s plans for Northern Ireland to achieve net-zero carbon emissions by 2045 could wipe out the region’s traditional family farming systems.

The study was commissioned by stakeholders in the agri-food industry as the climate bill gave no indication of how its proposals would impact the Northern Ireland (NI) economy or society; however, was carried out independently by consultants at KPMG.

It shows that the most marginal areas in NI will be the hardest hit, with 98% (or 14,800) of the region’s beef and sheep farms in Less Favoured Areas expected to be put out of business as a result.

Even the pig and poultry sector, which is expected to be less impacted due to its lower emissions, is expected to see an 11% fall in the number of farms compared to 2020.

Ulster Farmers’ Union (UFU) president Victor Chestnutt said he agreed that climate change legislation was necessary to tackle emissions, but added that a fair transition must be ensured.

“Farmers and the agri-food sector are willing and must play their part in tackling global warming,” he said.

However, we have said from the get-go that NI needs climate change legislation that is fair, credible and backed by science-based evidence supporting local farmers in their efforts to reduce emissions without diminishing our ability to produce food to world-leading standards.

“KPMG’s report undeniably shows that the Private Member’s Bill fails to deliver the climate change policy that NI needs to combat emissions appropriately. Instead, it will cause devastation for rural families and communities, and the NI economy as a whole.”

Wiping out these farming businesses for the sake of delivering a further 0.73% reduction to UK emissions over and above the Climate Change Committee’s (CCC) advised target is in no way rational.

“It would reduce our highly successful dairy sector to a cottage industry, creating widespread job losses across farms, processing and ancillary industries, taking us back to levels of milk production last seen in 1946.

“Unless consumer eating patterns change, dairy and meat produced to lower standards will be imported from other countries to replace high-quality local produce.

“It would cause carbon leakage with no benefit to greenhouse gas emissions or global warming, and increase levels of food poverty.”

‘The facts speak for themselves’

Livestock and Meat Commission (LMC) chief executive Ian Stevenson said: “With a 98% reduction in beef and sheep farms in marginal areas, farming will be almost completely wiped out in the most rural parts of NI and our countryside, biodiversity and societal enjoyment of well-managed farming landscapes will be severely impacted.

“People living in these rural areas will be left without jobs and other employment will be harder to find. Rural families, whether they are from the farming community or not, are going to be the ones left to pay the price of a 2045 net-zero target for NI.

As an industry, we have been accused of scaremongering; the facts of this economic impact assessment speak for themselves.”

Chestnutt called on politicians to do the “right thing” and “listen to the advice of the CCC before it’s too late”.

“Without a doubt, significant changes will be needed on farms to help reduce emissions. Our farmers are already contributing to the UK target of net-zero by 2050 and the right policy is essential to support our members so they can continue to play their part in tackling climate change. NI legislation needs proper analysis to avoid offshoring our industry and emissions.

A short-sighted vote-chasing position is not acceptable and we call on our MLAs to read this report from cover to cover, to come to their senses and realise the damage they will be contributing to should they back this ill-informed net-zero target.

“They need to act in line with the advice they’ve been given to deliver for climate change instead of plucking figures out of a hat that would wipe out the rural economy and destroy rural areas.

“In short, a private member’s bill is not fit for purpose for something as important as climate change. We need a just transition for all of society, rural voices should not be ignored.

“It’s time for politicians to start listening to our genuine concerns and working with the agri-food sector and rural communities to deliver climate change legislation that reduces emissions without decimating livelihoods and threatening food security,” said Chestnutt.