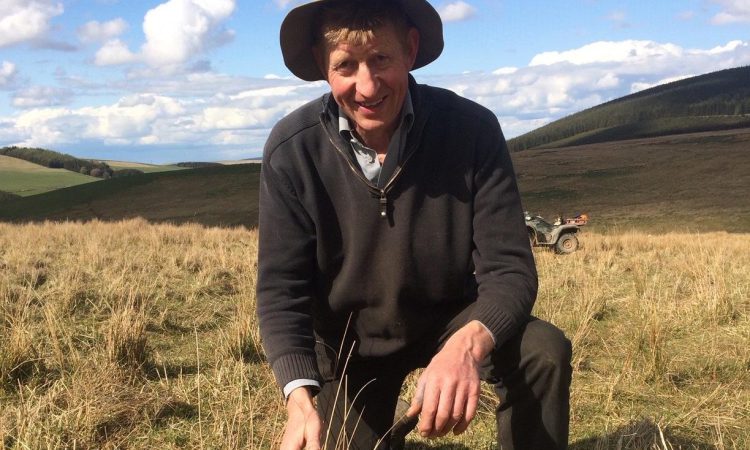 A project involving 17 farmers in the Upper Clyde Valley has been awarded £90,000 to expand its work improving farmland habitats for wading birds.

The partnership between RSPB Scotland, SAC Consulting and the group of farmers will also include monitoring to better understand how the threatened birds are faring across the Lanarkshire and Ayrshire uplands.

Globally, Scotland and the UK are a significant home for waders, yet here they are in steep decline, with two-thirds of curlews and half of lapwings lost in Scotland since 1994.

The group of 17 South Lanarkshire and East Ayrshire farmers were initially part of the RSPB’s Clyde Valley Wader Initiative, which saw them work with SAC Consulting, part of Scotland’s Rural College, to help direct agri-environment funding to farmers in wader hotspots.

The parties then worked with the Soil Association Scotland led Rural Innovation Support Service to carry on and expand the work.

Senior conservation advisor with RSPB Scotland, Dan Brown, who will manage the new project, said the reasons for the birds nesting in the area were varied.

“Scotland is a key country for these species, and the agri-environment schemes have been a key delivery mechanism for their survival outside of nature reserves,” he said.

Their breeding success is still too low, so we need to understand and quantify what works, to better target the schemes and future management.

He explained the money, which has come from the Scottish Natural Heritage’s Biodiversity Challenge Fund, will allow the group to collect data on stocking rates, grazing techniques and soil characteristics and how they interact with bird nesting and hatching, as well as the causes of nest loss.

In 2019, a Glasgow University study of 100 fields and recorded 130 nests, found that for lapwings, for example, had a hatching rate nearly 2.5 times higher on fields in agri-environment schemes than on fields in no schemes.

However, overall less than 20% of nests were successful, which is too low to support the population if repeated over several years.

The farmers met with Emma Sheard, of Stirling University, whose research indicates that liming soil may bring certain earthworms to the top, attracting waders.

Other research showed silage fields that were shut off from livestock had higher survival rates than those with some livestock, leading researchers to wonder if livestock presence may inadvertently attract predators to fields with the bird nests.

Chairman Doug Telfer (pictured top) runs two farms in the Duneaton valley, one of which is 850ac Glendouran, with 850 sheep and 50 breeding cows.

“On a moonlit night, it’s alive up here with snipe and curlew. I wouldn’t want to hear it go quiet. This group of farmers are all of the same mind.

“Our sort of farming is not so intensive. It’s easy for us to restrict sheep numbers in a field. We record where the wader nests are. If there’s a nest I mark around it so we don’t spray. If you move a nest and put it back on the exact same spot the birds will come back to it.

I have water margins I’ve fenced off to allow wildlife– we have a lot of ‘wet’ areas that suit wading birds. There are 50ac at the bottom of the valley that just erupt!

As well as the project with the RSPB, the farmers will carry out soil sampling, invertebrate counts and compaction testing, and will also help the British Trust for Ornithology, part of the Working for Waders initiative, with refining their monitoring.

“These birds are up against it,” he said. “They face risks from humans, as well as other predators. It must be down to humans to protect them, too.”