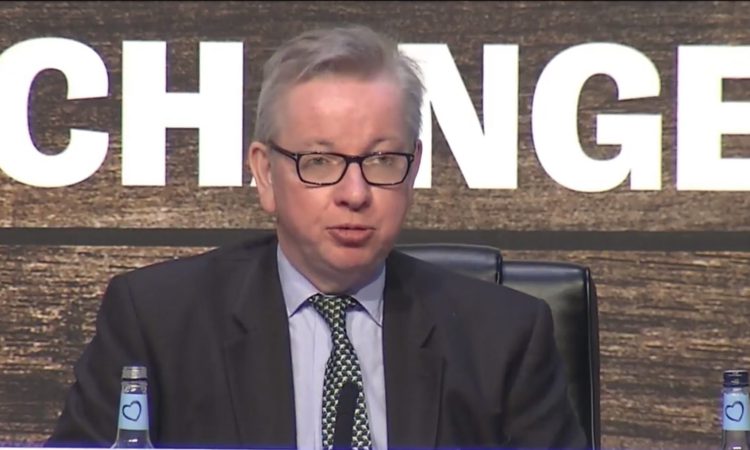 The Conservative Party has said it will maintain current spending on farming should it win the upcoming general election.

The party said it would initiate a seven-year transition period to the proposed ‘public money for public goods’ support system.

“This will ensure that farmers, growers and land managers have the time and security to adapt and prepare for life after the Common Agricultural Policy.

“In return for funding, they must farm in a way that protects and enhances our natural environment, as well as safeguarding high standards of animal welfare,” a spokesman said.

Conservatives Ministers have also announced the Government would use the opportunity of leaving the EU to encourage the public sector to “Buy British”.

A spokesman said the campaign would recognise the quality of British food and also help to reduce the country’s carbon footprint.

Speaking on a farm in Dumfries and Galloway on Wednesday (November 20), Michael Gove, Chancellor of the Duchy of Lancaster, said: “I’m delighted that we can announce that a majority Conservative government will safeguard farm payments for the lifetime of the next Westminster parliament.

That is a five-year guarantee and it means farmers and land managers will receive the same level of support in cash terms.

“Agriculture is devolved so it will be for the Scottish Government to determine how that money is distributed.

“But Scottish farmers can be reassured the total amount of support will be maintained under a Conservative UK government.

“Farmers can invest with confidence for the future. That is great news for one of Scotland’s most important industries.

“No other party is making this promise and no other country is offering such certainty for its farmers.”

The Conservative Party’s farming pledges include: