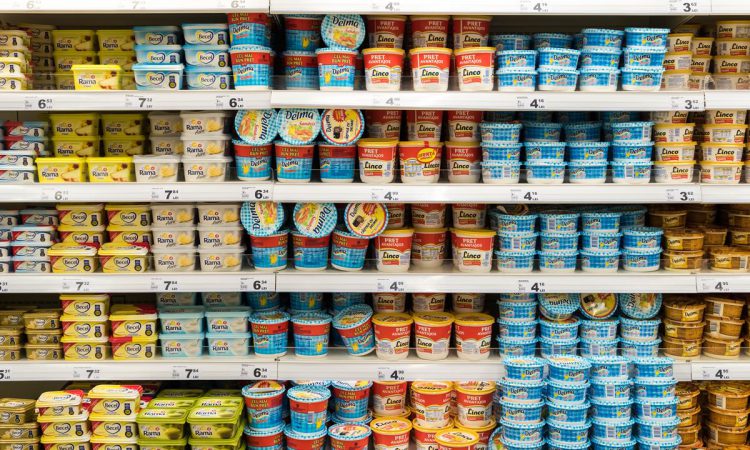 However, logistical constraints continue to be one of the biggest factors impacting on the market, according to Peter Meehan, senior commodity analyst at INTL FCStone.

Speaking to AgriLand, he said: “The ongoing log-jam of shipping containers sitting on vessels – which are unable to dock at Chinese ports – as well as the reduced number of containers being moved in and out of Chinese ports, has created a shortage of electrical plugs for refrigerated containers in areas worst affected.

“This, in turn, is likely to lead to some spoilage of perishable commodity [butter and cheese] shipments sitting in these containers.”

Last week’s Global Dairy Trade (GDT) auction reflected the “unease” in the market, posting its third decline on the trot – down 1.2%.

Nonetheless, Peter stated that this was less negative than many people in the market had anticipated prior to the auction and was regarded as a “slightly bullish signal in the market”.

Peter added that Fonterra’s announcement last week that it lowered its expectations for 2019/20 milk collections by 1% – due to the drought conditions in the North Island – helped offset some of the negativity looming over the market caused by the coronavirus.

Butter limited the downside potential for the overall index, gaining 1.0%.

North Asian demand [which includes China, Japan and South Korea among others] was down significantly in this latest auction – dropping to its lowest level in almost four years.

This uncertainty in the market has also seen European dairy prices continue their slide to the downside, explained Peter.

The European butter quotation slipped a further 1% this week, March 4, and is now down 4.3% over the last five weeks alone.

The Dutch and German butter quotations, Peter said, were the main drivers behind this week’s move lower – both down 1.4%.

“It was a similar story for the European SMP quotation which also ground lower this week. It dropped by 1.0% this week,” said Peter.

Again, Peter noted that it was the Dutch and German quotations that drove the move lower – both down 1.6% in the week.

Four consecutive weeks of declines see Dutch SMP sit 6.8% below where it was at the start of February, while German SMP is down 4.5% over the same period.