A friend of teenager Ellie McDonnell, who was rescued by Northern Ireland's Air Ambulance but sadly passed away a year later, has called for the region's government to step up to fund the life-saving service.

Co. Down farmers' daughter Ellie died in September, just over a year on from a tragic accident at her family farm in July 2019.

£2 million a year to run

However, all other running costs - such as the base, helicopter, maintenance, pilots and fuel - amount to around £2 million a year to run and rely entirely on donations.

Since it was founded in 2017, the charity has responded to 1,694 incidents - around one in 10 relating to a farm accident.

As a result, the region's rural community has been quick to back fundraising efforts; however, with a daily average running cost of around £5,500, meeting the total needed is a tall order.

Eli Brownlow, the 22-year-old country girl behind the petition, told AgriLand, that she wanted to do something to help because, in just the space of a year, two of her friends had been rescued from farm accidents by the charity emergency service.

"Over the past year, the Air Ambulance NI has travelled down the Ards Peninsula for at least two crucial cases involving young people," she said. 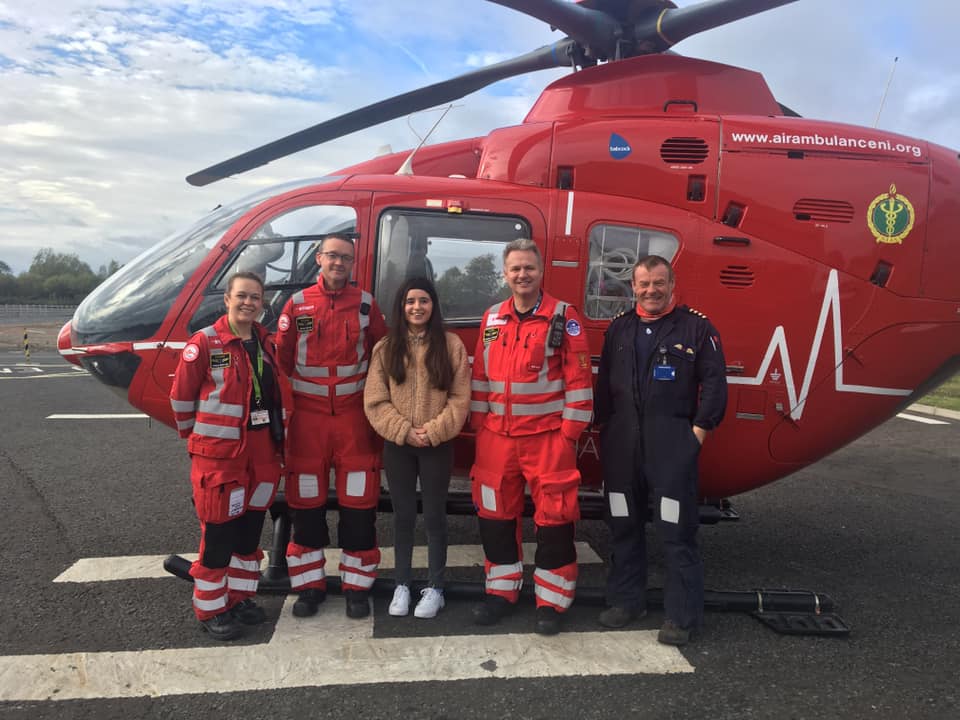 "For something so important to the whole of Northern Ireland, it is so hard for the NI Air Ambulance to function - it’s constantly under the stress of trying to get enough funding in order to be able to get out to any emergency.

Since Ellie’s and Decky's accidents, the local people [on the Ards Peninsula] have all realised the importance of it - you never know when someone is going to need it next.

"With it costing so much to run, it's hard for them to raise enough."

One of the most remote parts of NI

Local councillor Joe Boyle said the air ambulance was a "crucial service" for the peninsula.

"Because it's so geographically isolated, the Ards Peninsula is part of the 4% in Northern Ireland that has the longest wait times for an ambulance," he said.

A BBC investigation in 2019, found that the Ards Peninsula had the longest average response time in Northern Ireland with an average wait-time of more than 27 minutes for the most critical patients in 2018.

The Ards Peninsula also had the longest average wait for 'Category B' patients (those in a serious, but not immediately life-threatening, condition) with an average response time of almost 40 minutes.

"The service is critically important to our rural community. It's in many ways thanks to Portaferry's Dr. John Hinds, the flying doctor, that the service was established in the first place," Boyle added.

Last year, she explained events run during Balmoral Show helped raise more than £20,000 for the charity.

There's rarely a week that goes by without some kind of farm incident. That could be anything from machinery to cattle to slurry accidents.

However, 2020 has been a challenging year for many charities, with the ban on large events - including the summer agricultural shows - it's been harder than ever to fundraise.

"The fundraising climate has been massively affected by Covid-19. We rely on fundraising events, but with the restrictions, it's been more difficult to hold the likes of coffee mornings and sponsored walks," she added.