Cows tested with VR glasses to ‘improve mood’ of herd 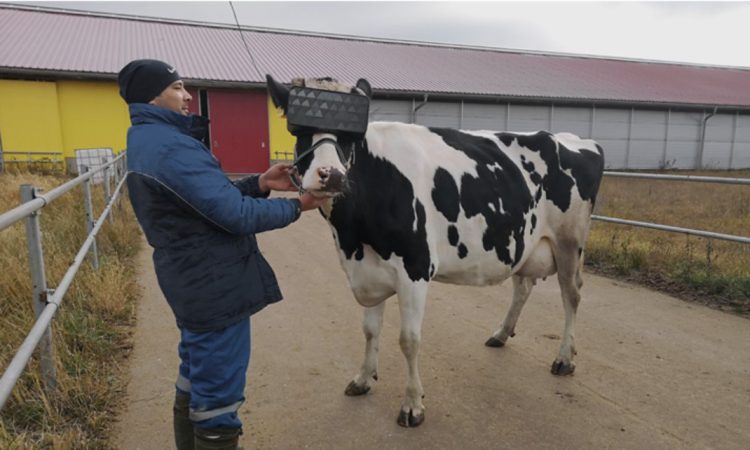 A prototype of virtual reality (VR) glasses was tested on dairy cows on a farm in Russia to improve cow conditions, according to the Ministry of Agriculture and Food of the Moscow Region.

The VR glasses displayed a summer field – which had a relaxing impact on the cows’ moods, according to the testers.

In a statement on the matter, it was noted that, as well as physical needs, researchers began to pay more attention to the emotional state of animals.

“Examples of dairy farms from different countries show that in a calm atmosphere, the quantity, and sometimes the quality, of milk increases markedly,” the Russian authority noted.

In addition, it was cited that, in Moscow, manufacturers install sound equipment for broadcasting classical music; the relaxing effect of this has a positive effect on milk output, according to the ministry.

Employees of one of the largest farms in the Moscow Region, together with IT specialists, decided to conduct an experiment, having studied the effect of virtual reality, and developed a mock-up of VR glasses for cows.

The developers of the virtual reality studio, in collaboration with veterinarians and consultants from the production, adapted human VR glasses taking into account the structural features of the head of cows.

Based on numerous studies of cattle’s vision, showing cows’ better perception of the shades of the red part of the spectrum and weaker green and blue tones, the architects of virtual reality also created a unique program for simulating a summer field. 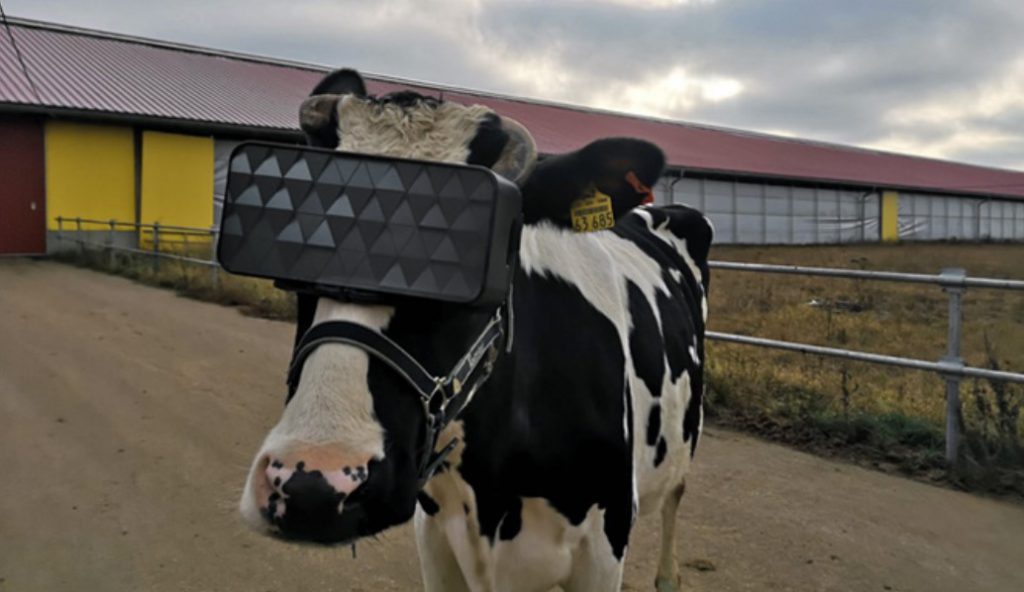 The ministry said that technological improvements should affect the industry as a whole.

Experimental testing was carried out at the RusMoloko farm of the Ramensky urban district.

During the first test, experts recorded a decrease in anxiety and an improvement in the overall emotional mood of the herd.

The impact of VR glasses on the milk production of cows will be shown by a further comprehensive study, according to the authority. While maintaining positive dynamics of observations, the developers intend to scale the project and modernize the domestic sphere of dairy production.