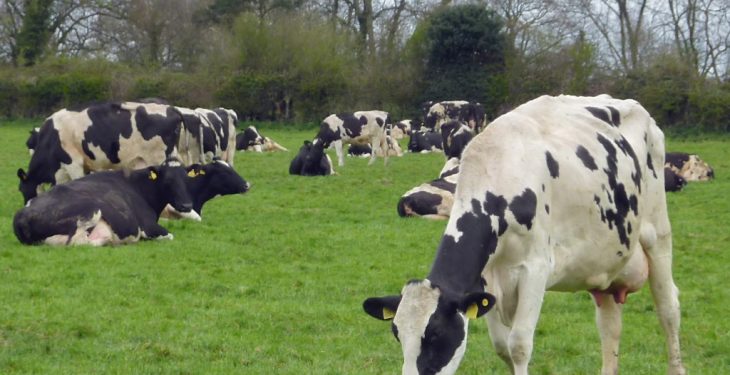 Recovery of the dairy market is guaranteed as long as the industry produces what the market demands, Commissioner Phil Hogan has said.

Speaking in France yesterday, the European Commissioner for Agriculture and Rural Development said that maintaining balanced dairy markets requires effort from all members across the sector.

“None of us has any interest in risking the balance which has been so difficult to achieve,” he said.

He added that dairy farmers have not been shy in this respect, as some 58,000 farmers from 27 Member States are participating in the Voluntary Milk Reduction Scheme.

“I am now looking for the same level of commitment from the industry.

“In this regard, let me mention the decision I have just made to open the sales of Skimmed Milk Powder (SMP) out of intervention stocks.

I believe the public intervention mechanism has played its role in stabilising markets and removing surpluses in an overwhelmingly imbalanced scenario.

“This was done in full knowledge of the fact that this removal is temporary and the bought-in product has to find its way onto the market one day or another,” he said.

Commissioner Hogan also told the crowds in attendance at the European Dairy Platform in Nice that the uptake of intervention had been massive, to the extent that 30% of one year’s EU SMP production has been sold to public stocks.

“I believe the public intervention mechanism has played its role in stabilising markets and removing surpluses in an overwhelmingly imbalanced scenario.

“This was done in full knowledge of the fact that this removal is temporary and the bought-in product has to find its way onto the market one day or another,” he added.

“It’s true that it will be recovered once the product is sold, but until that moment arrives, the financial burden is not negligible.”

He also said that Europe’s dairy sector is of massive strategic importance for European Agriculture and rural communities.

“Anyone who knows rural Europe is well aware of this fact.

“As someone who grew up on a small dairy farm in Ireland, I understood this fact long before I began this job.

“And restoring health and balance to the sector has been my priority since my first day as Commissioner. That is why I have done everything in my power to support the sector during this difficult time,” he said.

The crisis in the dairy market has been a heavy burden for all, he said, especially dairy farmers who have borne most of the load.

“The good news is that for some months now we are seeing signs of recovery.”

Signs of recovery in the dairy market:

“Experts in the Milk Market Observatory (MMO) confirmed last week that prices for butter and cheese are expected to remain robust through early 2017.

“This improvement is also reflected in better farm-gate milk prices: up 10% from July to October. And these prices are expected to increase further through the end of the year,” he said.