Dairy tip of the month: Detecting mastitis with the California Mastitis Test (CMT) 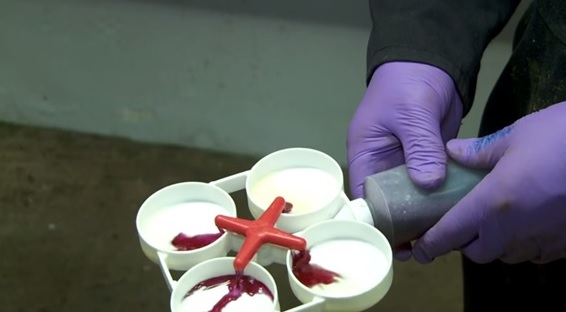 Detect subclinical mastitis quick and easy this spring in cows and first lactation animals before including their milk in the bulk tank for the first time with the California Mastitis Test (CMT).

This way you can be confident that any problem cows are picked up early, Cellcheck is advising.

Just because there are no clots in the milk, doesn’t always mean there is no infection and while subclinical mastitis infections are very common there will be no visible signs – only a high somatic cell count (SCC).

That’s where the CMT comes in – it’s a quick and easy test that detects an infection by estimating the SCC of the milk.

Milk is mixed with a reagent which then causes the somatic cells to rupture and upon release of the DNA from the cells, it coagulates and forms a sort of slime.

Cellcheck has said that there are three steps to follow when doing the CMT:

1. After discarding the first three-four squirts of foremilk, collect two-three squirts of milk from each quarter in
each separate well. Holding the paddle almost vertical, allow excess milk to pour out just until the
line becomes visible. This is the correct amount of milk to have in the well.
2. Add an equal amount of reagent to each well. Swirl the paddle gently, mixing for 10 seconds.
3. Look at the consistency of the fluid in each well (not the colour), and record the amount of gel
reaction that occurs within 20 seconds (from none to almost solidified).

CMT kits are available from most co-op retail stores and veterinary clinics and are very inexpensive.

Once you do the test the next question arises is what do the results mean? Here’s what Cellcheck says: