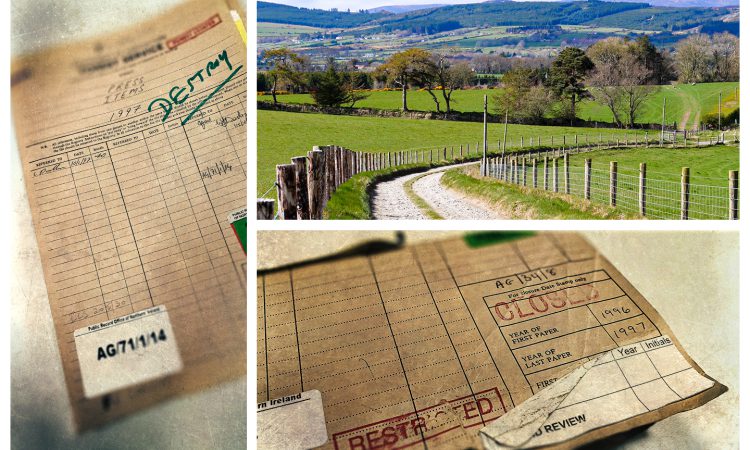 Officials in Northern Ireland feared swapping headage payments for area-based payments would have a disproportionate impact on Catholic farmers, newly declassified government files from 1996 have revealed.

It came amid worries the “least economically viable producers” could be “squeezed out” as farm incomes plummeted in the wake of the crisis.

The papers, which include memos from within the Department of Agriculture in Northern Ireland, as well as confidential letters between it and its counterparts in Wales, Scotland and England, illustrate clearly the disparity between each region’s interests.

A striking letter penned by Mike Foulis from the Scottish Office’s Agriculture Environment and Fisheries Department read: “The Treasury letter rather gives the impression that they think beef comes straight from suckler herds onto the plate.”

The formerly classified files have been made public for the first time under the 20 Year Rule.

“Headage payments are an excessively blunt instrument, and they cannot readily be adapted to meet specific environmental objectives,” a draft report on the subject commissioned by the Ministry of Agriculture, Fisheries and Food stated.

“However, changes to the payment structure could reduce the potential for environmental damage to which such payments give rise.

“Consideration has, in the past, been given to structuring the payment system in such a way that producers receive more for the first few animals than they do for subsequent ones. Such a policy would be of particular use in relation to sheep since most overgrazing problems are associated with over-stocking of sheep.”

However, the proposals were met with concern that it would mean a fall in overall payments.

“Withdrawal of HLCAs would have important PAFT [Policy Appraisal and Fair Treatment] implications in Northern Ireland as the majority of hill farmers are Roman Catholic, and consequently, there would be a disproportionate effect on that community,” officials in Northern Ireland responded.

…The minister [in 1996 this was Baroness Denton] has been forthright in her support for hill farmers and a major change would be embarrassing as well as putting at risk the maintenance of a viable hill farming population with the potential for dereliction in the hills.

“It would also be very difficult to defend [the] loss of HLCAs to Northern Ireland when they continue to be paid in the Republic of Ireland.”

“Suckler production will not feel the full impact of BSE until this autumn. Gains in terms of lamb prices will be offset by lower SAP [Sheep Annual Premium] – particularly now that we have a GR devaluation.”

HLCAs were top-ups to the Sheep Annual Premium for keeping breeding ewes and the Suckler Cow Premium – both of which were headage payments.

HLCAs held on for another four years before the government ultimately ended them in 2000 spelling the end of headage payments.