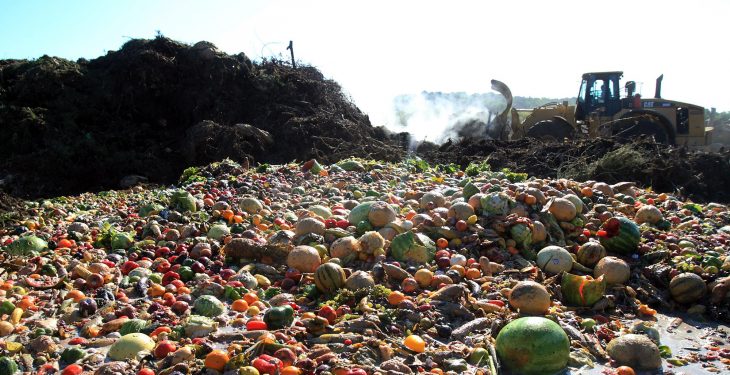 A new food surplus and waste champion has been appointed to help drive forward the Government’s plans to cut the millions of tonnes of food squandered each year in the UK.

Environment Secretary Michael Gove announced philanthropist Ben Elliot would be tasked with helping to drive down unnecessary food waste in the UK – an iniquity currently sees a whopping 10.2 million tonnes of food go uneaten every year.

Elliot, who is also the nephew of Camilla, Duchess of Cornwall, is the co-founder of British concierge company Quintessentially and chairman of the Quintessentially Foundation, the business’s charitable arm which aims to improve the education, health and welfare of disadvantaged people and communities.

The appointment is a key commitment of the Government’s Resources and Waste Strategy launched earlier this month, and will support the commitment set out in the Strategy and 25-year Environment Plan to work towards eliminating food waste to landfill by 2030.

Elliot will work with businesses and other stakeholders from across retail, food manufacture, hospitality and food services, motivating businesses to tackle food waste from farm-to-fork.

Environment Secretary Michael Gove said: “Food waste is an economic, environmental and moral scandal. We must end it.

“[Ben Elliot’s] first task will be to help ensure our £15 million food waste fund redistributes surplus food that would otherwise be wasted to those most in need.

“Ben and the Quintessentially Foundation’s most recent partnership has been with The Felix Project, the charity combatting the issue of food waste and food poverty in London. Together they have pioneered a government-backed initiative to divert up to £1 billion of surplus food to those in need.”

Ben Elliot said: “Whilst families all over the country struggle to put food on the table and children still go to school each day with empty stomachs, there continues to be an unforgivable amount of food waste which is both morally deplorable and largely avoidable.

“As a nation, we need to stop this excessive waste and ensure that surplus food finds its way to people in our society who need it most, and not let it get thrown away and go to landfill.

“The progress that we have made at the Felix Project has had a positive impact on thousands of people’s lives in London and I am extremely grateful to all of those involved in the food sector who have been so supportive.

“My new appointment will allow me to work with Defra and food retailers all over the country to help build out a nationwide strategy that will ensure surplus food is not wasted at the expense of those in our society that truly need it.”

The announcement builds on the Government’s recently published Resources and Waste Strategy, which sets out government plans to consult on introducing annual reporting of food surplus and waste by food businesses.

It intends to consult on seeking powers for setting mandatory targets for food waste prevention.

Ben Elliot will be appointed in the unpaid, voluntary role for one year.

His responsibilities will include:

The Food Surplus and Waste Champion will work closely with Defra officials to oversee the delivery of the £15 million food waste fund to increase the redistribution of surplus food, in accordance with Government accounting rules.