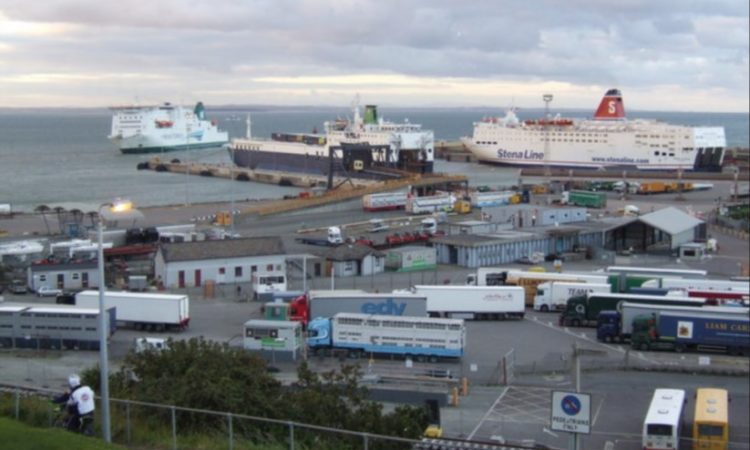 Further discussion about the impact that the UK Withdrawal Agreement will have on UK and Irish ports industry took place in the Irish parliament last night.

Taoiseach (Prime Minister) Micheál Martin was responding to a parliamentary question from independent TD Verona Murphy about the preparations that have been made after she received a photograph of a three hour queue heading into the Port of Dover in the UK.

Deputy Murphy stated that there is “grave concern that the UK will also renege on its commitments to the transit arrangement concerning the UK landbridge.

There is no guarantee that the UK will honour the Common Transit Convention, which allows the passage of Irish trucks carrying valuable Irish exports through the network of UK roads and ports to mainland Europe.

The Taoiseach responded to the concerns by stating that “maintaining the UK landbridge as an effective route to market has been a key priority in the government’s Brexit planning”.

When discussing the Withdrawal Agreement, the Taoiseach stated:

We get no sense from the UK government that there will be any attempt to undermine such trade. London is still adamant that it wants a comprehensive free trade agreement and does not want disruption.

“We have had no indication whatsoever of any negativity around the landbridge, or any attempt to undermine its importance to Ireland’s exports to mainland Europe.”

Lack Of Investment For Rosslare

Deputy Murphy stated that there has been a lack of investment for Rosslare Europort in recent years and she asked the Taoiseach why we have not invested the “necessary €100 million or €150 million in Rosslare Europort to safeguard €18 billion in trade”.

Deputy Murphy also raised her concerns about the delays that truck drivers have faced getting into ports in both the UK and Ireland.

The three-hour delay experienced yesterday meant that drivers spent nine or 10 extra hours in the UK. That is putting trade and jobs at risk.

“Rather than supporting businesses, the government is putting them at risk. By failing to make provision for a daily service, we are putting ourselves in the hands of the UK.

“It will be able to pull the rug out from under us and tell us we will not be able to use the land bridge,” Deputy Murphy concluded.