A Devon farmer who ignored animal welfare advice has lost his appeal to avoid jail time.

William Douglas Dolley, of Holwell Farm, Collipriest, Tiverton was given an 18-week custodial prison sentence and banned from keeping cows and sheep after he was found guilty of causing unnecessary suffering to an animal last month.

Dolley appealed the sentence. However, at Exeter Crown Court today (Friday, December 7) Judge Peter Johnson said his running of the farm was a "danger to the public" as the food chain is concerned, adding that it would be "inappropriate to suspend the sentence".

Appearing at Exeter Magistrates, he pleaded guilty to:

Dolley was also found guilty of failing to dispose of animal carcasses in a timely manner and ordered to pay £2,335.

The case against him was brought to court by Devon, Somerset and Torbay Trading Standards Service following an investigation into allegations that dead and injured livestock had been seen on the farm.

Trading Standards Officers and a vet from the Animal and Plant Health Agency visited Holwell Farm at Collipriest, Tiverton, and discovered a large amount of sheep and cattle bones, including two full sheep skeletons. Most of the bones were partially buried in a large area in one of the fields. 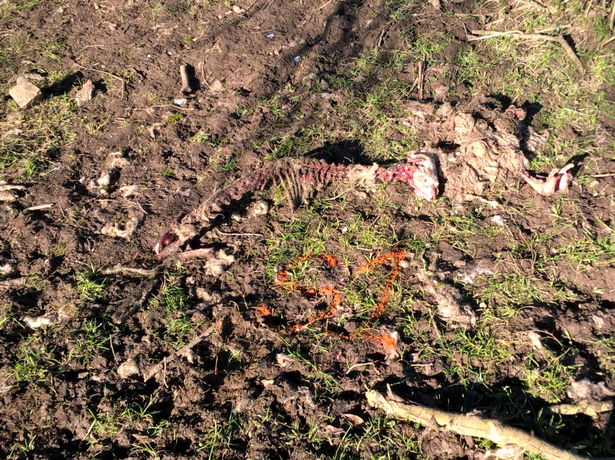 Officers also inspected the livestock being housed in several barns on the farm and found a calf in a weak state with a poor body condition with no access to water or supplementary feed.

The veterinary inspector decided that the animal had been caused unnecessary suffering as Dolley had failed to provide any treatment.

Dolley's conviction follows a trial earlier this year for similar offences dating back to March 2017 when he was given a 20-week custodial sentence, suspended for 18 months and ordered to pay £6,307.

At the time, the Magistrates advised Dolley that he could have also been given a community order to carry out unpaid work but felt his time was best spent at his farm ensuring it was run in an appropriate manner.

Following Dolley’s guilty pleas to these latest charges, he has been sentenced to 18 weeks immediate custody and banned from owning or keeping sheep or cows.

He has also been banned from being party to any arrangements where he entitled to control or influence the way in which cows or sheep are kept as well as transporting them or arranging for the transport of them.

Stephen Gardiner, interventions manager for Devon, Somerset and Torbay Trading Standards Service, said: “Despite the efforts and advice offered by our Trading Standards Officers and the Animal and Plant Health Agency vets, Dolley has continued to fail to dispose of dead livestock via the approved methods, leaving remains lying in fields or being buried.

“The welfare legislation for animals is very clear on the acceptable standards that those keeping animals must meet.

Our staff work hard to help and support farmers in relation to animal care, but when advice is repeatedly ignored we will take appropriate action and work with partners to prosecute those responsible.

“Thankfully, having to take this kind of legal action is rare, and most farmers and smallholders take the welfare of their animals very seriously.”

New measures to help farmers with impact of dry weather