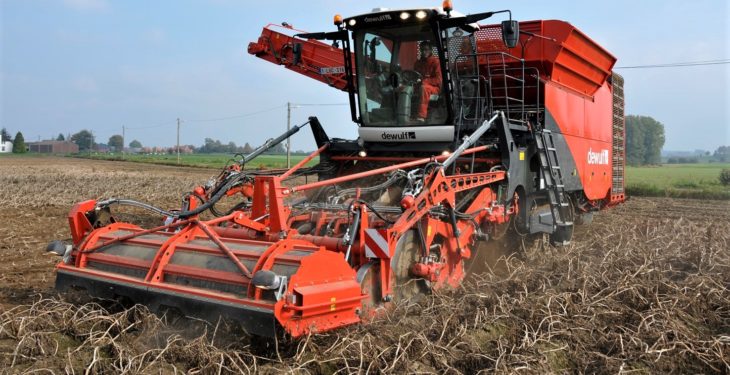 Dewulf – a full-liner in potato and root-crop machinery – has announced a licencing agreement with Mahindra & Mahindra (M&M Ltd) – part of the $19 billion Mahindra Group (headquartered in Mumbai, India).

The agreement covers the manufacturing and marketing of potato planting equipment in India. Under this deal, Dewulf will work with Mahindra to bring its potato planting technology to the Indian market.

The move is further evidence of the ongoing scope and growth of Mahindra – an entity that is pushing out into an increasing number of farm machinery markets around the globe.

According to Dewulf, potatoes are the world’s fourth largest food crop; India is apparently the second largest producer.

Each year, over two million hectares of potatoes are planted in India – yielding a production of about 40 million tonnes. Dewulf says that demand for quality potatoes will continue to grow there.

This, says the company, will require local Indian farmers to turn to better machinery for potato planting. To answer this need, a co-branded Mahindra Dewulf potato planter has been developed and is currently being field tested (not the machine pictured above).

Rene Boeijenga, CEO at Dewulf, said: “We look forward to introducing our innovations and technology to the world’s second-largest potato market.

We are excited to partner with Mahindra – India’s leading farm equipment manufacturer – in order to do so. With Mahindra as our partner, we believe that we will be able to transform potato farming techniques in India.

Dewulf has three existing locations – in Belgium, the Netherlands and Romania. It develops and manufactures equipment for: cultivation; planting; harvesting; storing; sorting; and transporting of potatoes and vegetables.

Advertisement
Also Read: It’s all in a name – machinery specialist sets out its vision

The Mahindra Group is a $19 billion federation of companies, which stretch across umpteen different industries.

It claims to be the world’s largest tractor company – by volume. 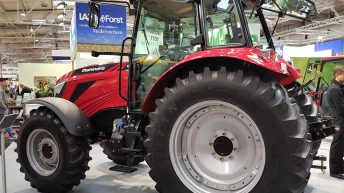 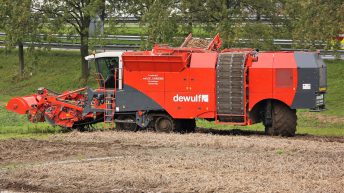