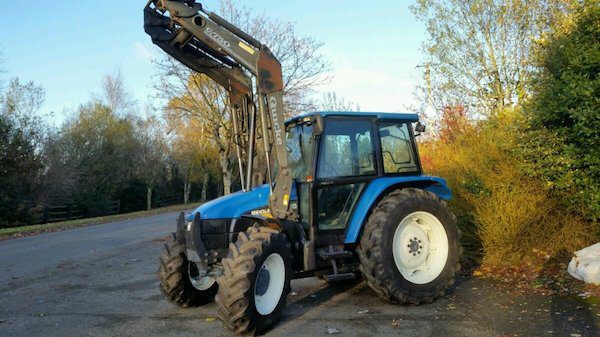 With the days now shorter than they were in summer and autumn months, the lights on your tractor are no doubt being used more often.

So it’s a good idea to have a look at the part of the system which supplies the battery with electricity to keep your tractor running properly – the fan belt.

Without this system running correctly your battery can end up having a shorter life than expected.

We all know the noise of a squealing fan belt and most people know that when a fan belt is squealing it’s usually coming to the end of its days.

There are two different types of belt systems that are most commonly used, the V belt and the Poly V belt.

The V belt would generally be the one used on older tractors, while the Poly V is more commonly seen on modern tractors.

The Poly V belt is a wide thin belt with multiple small v shaped grooves across it’s width that fit down into the pulleys.

The advantage of these belts is that they are more flexible and therefore can be run around more pulleys.

Because of this, one belt can be used to run more equipment on the tractor, such as air conditioning, alternators, water pumps and cooling fans.

Some tractors still use more than one belt to run this type of equipment but these belts will generally also be Poly V belts.

In order to check the belt you must turn off the tractor and remove the safety panels.

With these removed you should be able to see most of the belts and check for cracks.

If you need to check more in depth you will have to release the tension on the belt. Most tensioners are spring loaded to keep the belt at a desired tension.

This tension will help prolong the life of the belt and stops the pulleys been put under too much pressure. It also stops the belt from stretching.

These tensioners usually have a place for a socket or an allen key socket to be inserted and when turned the tension should release, then the belt should come off with a bit of a pull.

If you don’t have any luck with this then you should check your operating manual or get in contact with your main dealer.

With the belt removed you should be able to check the belt for cracks by bending it over, if there any cracks it is advisable to change the belt.

It is also advisable to spin the pulleys and listen for any roughness in the bearings as well as in the water pump.

Any sign of roughness can be an indication of wear in the bearings and is a sign of a possible failure in the future.

Due to the Poly V belt usually going around a number pulleys it is recommended to take a picture on your phone or to draw a diagram before you remove it.

This will save a bit of time and some head scratching if you are not sure how to replace it properly.

If you need to change the belt some tractors fan cowlings do have to be loosened to pull out the belt, while others can be pulled out without loosening these fan cowlings.

The maintenance of the standard V belt system is fairly similar that of the Poly V belt.

The belt does not run around as many pulleys and is usually tensioned by a non-self-adjusting tensioner which can lead to belts becoming loose or even over-tightened due to the system been manually adjusted.

This V belt (above) on an older tractor has become worn and loose.

Due to this it would not be working to its full potential. The belt is sitting down into the pulleys and can’t be tightened anymore.

With regards to the alternator, it is critical to replace any guards you may have removed and to tighten them fully.

It is also advisable to consult your dealer or operator manual for your specific tractor while carrying out this maintenance work. 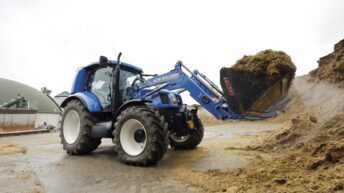 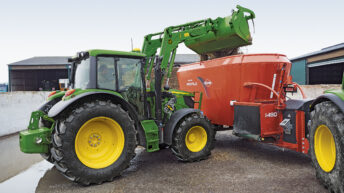 Is the fuel system in your tractor working to its full potential?